Vivo announced the Vivo X60 series in the last days of 2020. The Vivo X60 and X60 Pro were two devices coming two revolutionize the camera department with ZEISS-powered lenses and the company’s 2nd generation gimbal-like stabilization system. Vivo also has invested a lot to push the smartphones as the world’s first Exynos 1080-powered smartphones. The Exynos 1080 is Samsung’s alternative over the Qualcomm Snapdragon 870 and MediaTek Dimensity 1100/1200 chips. Despite all the attention, it tried to draw with these chipsets, the company has left them exclusive to the Chinese market. The recently released global variants of the Vivo X60 and X60 Pro have dropped the Exynos chip in favor of a Qualcomm Snapdragon 870. Now, a new Vivo X60 device has appeared with the Vivo X60t moniker and Dimensity 1100 SoC. Apparently, Vivo wants to say that there is enough space for all chipmakers on its Vivo X60 family.

While bearing the same names, the Global and Chinese Vivo X60 smartphones are four distinct devices considering the chipsets’ different and certain camera elements (The Global Vivo X60 Pro drops the periscope unit). Apart from the four existing devices, there is a Vivo X60 Pro Plus with Qualcomm Snapdragon 888. That said, the Vivo X60t is the sixth smartphone joining this ever-growing smartphone lineup.

The new Vivo X60t packs the MediaTek Dimensity 1100 chipset. This chip is close in performance to the Dimensity 1200 but lacks the 3GHz-clocked Cortex-A78 core in favor of a single cluster with four Cortex-A78 cores clocked at up to 2.6GHz. There are four more Cortex-A55 cores clocked at 2.0GHz. The platform boasts the same Mali G77 MC9 GPU powered by Hyper Thread 3.0 engine. This chipset is comparable to the Snapdragon 865 series, which makes it a decent choice for the “flagship-killer” segment. Besides the new chipset, the X60t variant has 8GB of RAM and 128GB of Internal Storage. 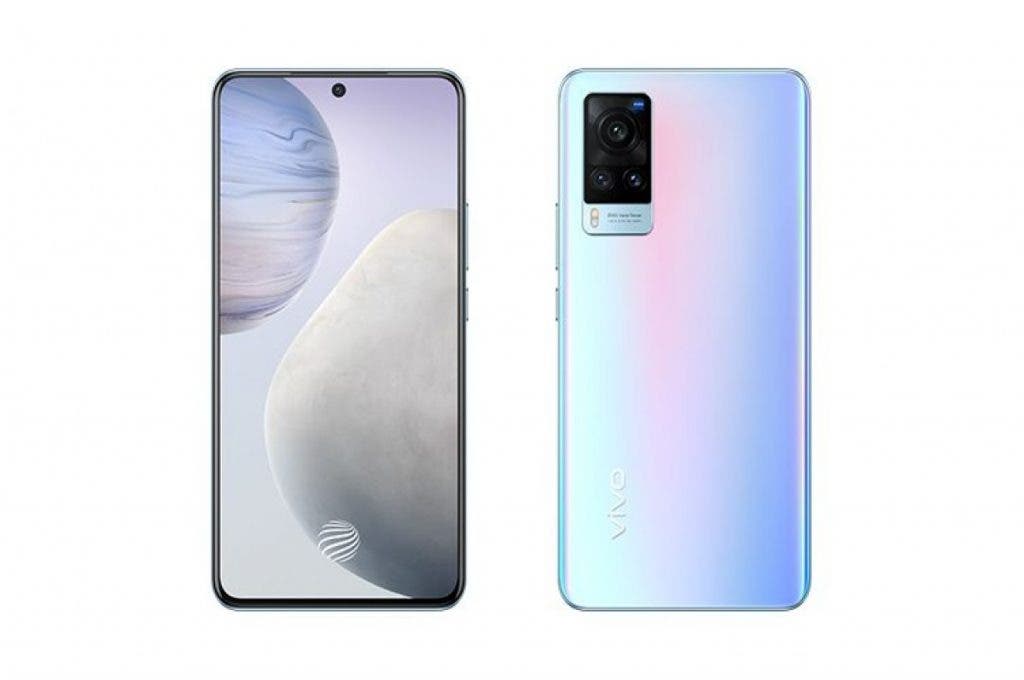 The handset has model number V2085A and runs Android 11 straight out of the box. Since it’s for the Chinese market, it will be hooked up to OriginOS as global markets are getting FuntouchOS 11. The device has a 6.56-inch with 2,376 x 1,080 pixels of resolution. This is an OLED panel so the fingerprint scanner goes in-display. There’s no word about the high-refresh rate, but we assume that it has a 120Hz refresh rate as the other devices in the family. The phone has a Quad-Camera setup with a 48MP main camera and a pair of 13MP. One for ultrawide shots and the other one probably is a telephoto camera. Moreover, it has a centered punch-hole selfie camera with 32MP. The phone draws power from a 4,220mAh and we assume it gets the same 55W fast-charging as its siblings.