Canalys has released statistics on the global personal computer market. The demand for technology is growing rapidly, which is facilitated by the development of platforms for remote work and distance learning.

Canalys data includes shipments of desktops, laptops and workstations. Deliveries of such devices in the first quarter of this year amounted to 82.7 million units. This is an impressive 55% more compared to the same period in 2020, when shipments were equal to 53.5 million units. 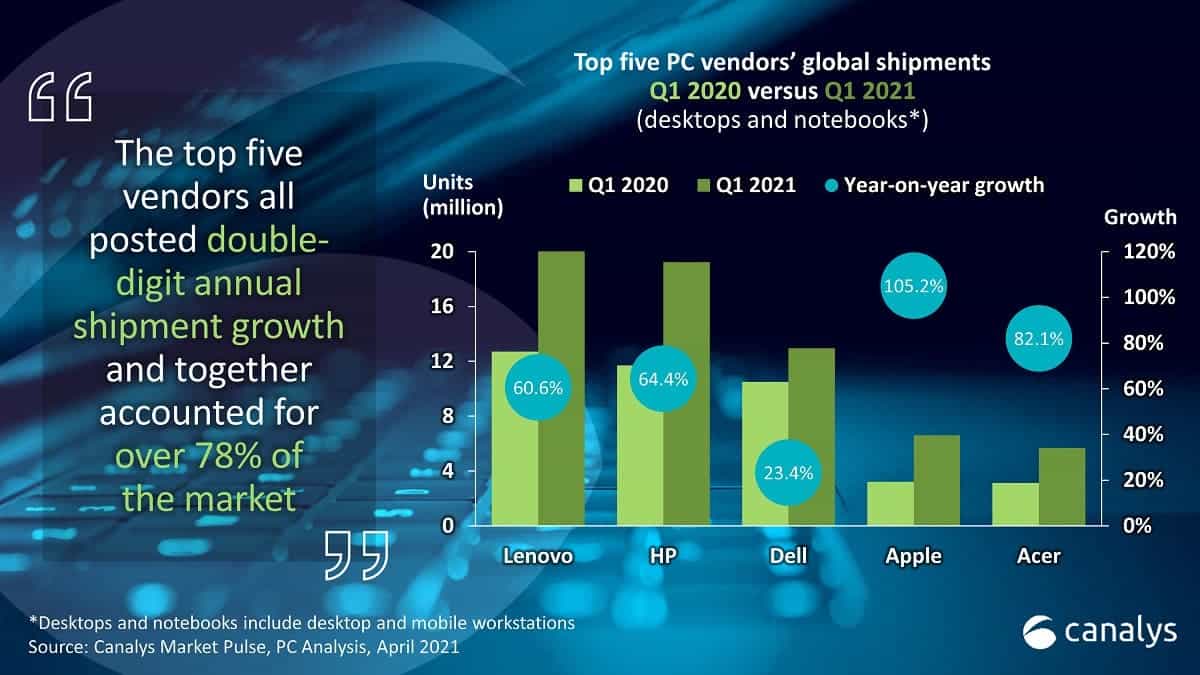 Analysts note that the shown result is the highest in recent years. Higher shipments in the first quarter were observed only in 2012.

Quarterly shipments of laptops and mobile workstations jumped 79% year on year to 67.8 million units. At the same time, the demand for desktop systems decreased by 5%, amounting to 14.8 million pieces. 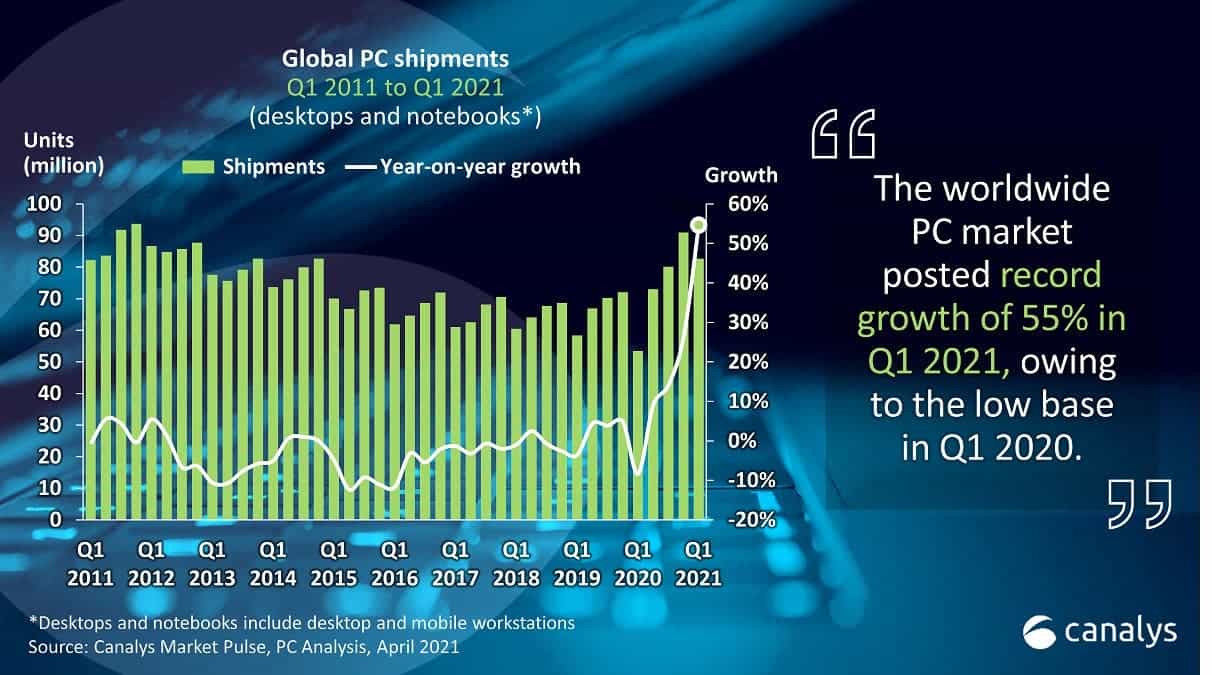 Apple controls approximately 8.0% of the global market and is fourth in the list of leading suppliers. Next comes Acer, which accounts for 6.9%.

“The supply chain issue plaguing the industry is a good problem to have,” said Rushabh Doshi, Canalys Research Director. “As average prices rise due to the scarcity of internal hardware, innovation in design is triggering long-term changes to the way PC vendors approach supply and demand. Chipmakers, too, are now bullish about personal computing, and have increased their planned future investments to capitalize on the long-term opportunity. While the pandemic is not over just yet, there is light at the end of the tunnel. This is also spurring SMB investment in computing, which halted abruptly in 2020.”

“Despite the efforts of the supply chain to ramp up production, Canalys expects the PC market to be supply-constrained for most of this year,” said Ishan Dutt, Canalys Analyst. “Adding to this, the potential for more black swan events to create even more disruption and uncertainty looms large. The hindering effect of shortages on countries’ economic revivals should be a wake-up call for governments; to increase investment in semiconductor manufacturing.”

Next ZTE Axon 30 Ultra specs and design are officially revealed