Taiwanese chip maker, TSMC, is one of the best chip foundries in the world. In fact, the company has technically one competitor globally and that is Samsung. Even at that, TSMC is clearly ahead of Samsung and the South Korean manufacturer is playing catchup. This company is the world’s largest chip foundry that manufactures chips for big companies Apple, Qualcomm, AMD, and other manufacturers. However, all is not rosy for the chipmaker, some of its processes are performing poorly financially. Specifically, the 20nm process is contributing nothing to its revenue. 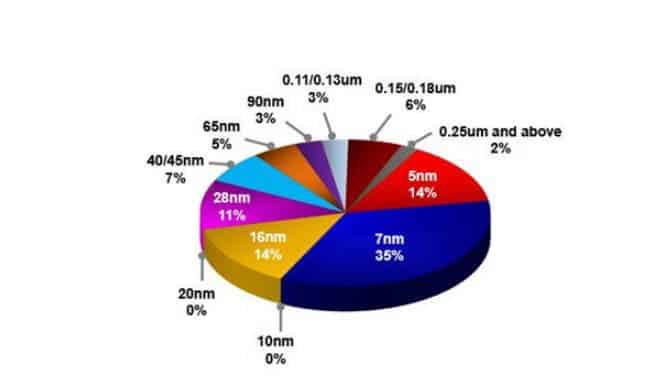 According to a recent report, the company has released its first-quarter (Q1 2021) financial report. It racks up a revenue of $12.92 billion in this quarter, this is a new high for the chipmaker. As for its net profit, it was close to $5 billion, a year-on-year increase of 19.4%.

However, judging from the previous financial report of TSMC, the 20nm process has not accounted for a high proportion of their revenue in the past two years. In the eight quarters of 2019 and 2020, it was only 1%.

Before 20nm, the more advanced 10nm process accounted for 0% of TSMC’s revenue. The revenue of TSMC’s 10nm process fell to 0% in the second quarter of last year, and 0.5% in the first quarter.

TSMC has no plans for Europe for now

As a leader in the semiconductor business, many regions want this company to enter their domain. There have been reports that TSMC is planning to expand into Europe. The reports claim that it will add this to its ongoing building of advanced-process chip production plants in the United States.

However, TSMC in a recent commentary is not entirely positive about the expansion speculations. The company says “There are many considerations in choosing the location of the factory, including customer needs. TSMC does not rule out any possibility, but there is no specific plan for setting up a factory in Europe.”

This implies that as of now, the chip maker has no plans for Europe. Nevertheless, it can not rule out the possibility of entering the region anytime in the future.

Next Global smartphone wholesale revenue will increase by 13% in 2021