Despite the fact that the official launch of Android 12 is still far away; enthusiasts continue to find interesting new features in the code of preliminary versions of the software platform, which may become part of the stable version of the OS. This time, they discovered the function of automatically putting into sleep mode the applications that are not in use for a long time. It should help optimize the resource consumption of the device.

In Android 11 Developer Preview 3, the developers have added a new “automatically revoking permissions” feature. It automatically revokes all user-granted permissions if the application has not been used for several months. It seems that in Android 12, developers intend to expand the concept of “unused apps”; with a new feature that will activate some kind of hibernation mode. In addition to revoking permissions for unused apps; the OS will also automatically delete temporary files to free up space on your device’s memory. 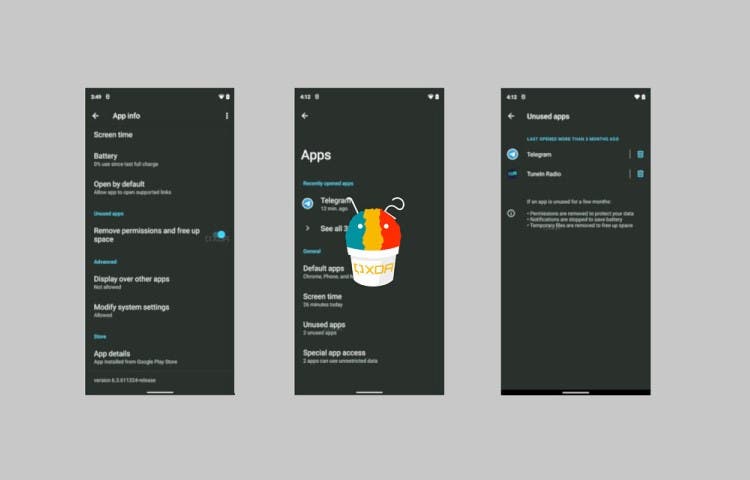 The source notes that the new feature revokes user-granted permissions from unused applications, disables notifications; and also deletes temporary files stored in the device’s memory. Of course, this function is unlikely to be able to free up a lot of space; because the size of temporary files depends on the specific application. In addition, this function will be useful for owners of not the most productive devices that cannot boast of an impressive amount of storage. 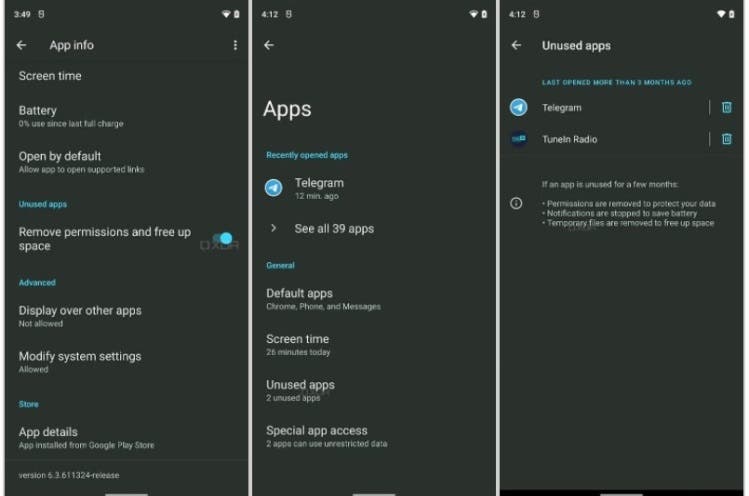 According to reports, a new feature for revoking permissions and deleting temporary files was discovered in one of the latest preliminary versions of Android 12. Whether it will be included in the stable version of the software platform is still unknown.