Back in February, the Redmi K40 series of smartphones came out in China, but only now Redmi has released a new color version called Ink Feather.

According to official figures, the company has made additional efforts to achieve a new design for the back of the smartphone. Designers were inspired by the pattern that can be seen on blades and knives made of Damascus steel. 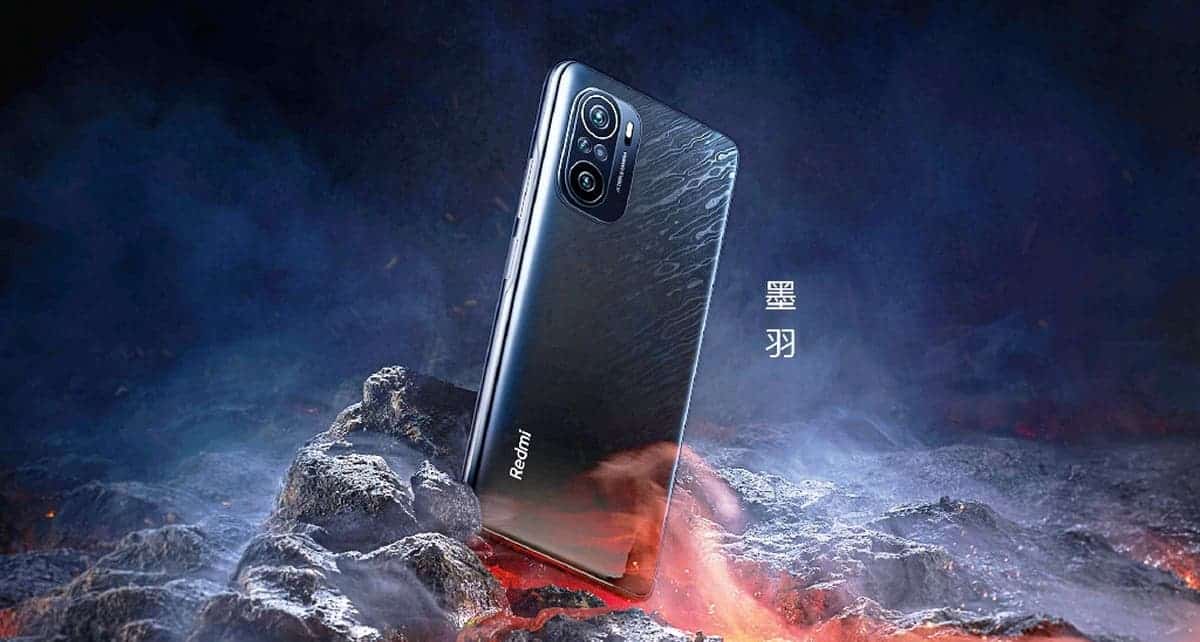 Redmi K40, Redmi K40 Pro and Redmi K40 Pro + smartphones got the same screen. This is a Samsung AMOLED E4 panel with a 120Hz refresh rate and FHD + resolution that has been rated DisplayMate A+. Liu Weibing recalled the Redmi K20 Pro and K30 Pro’s slide-out camera, claiming that the pop-up module is too large and takes up too much useful space. In the new line, the manufacturer decided to release a smartphone with a record-breaking small hole for the front camera.

The Chinese company Xiaomi continues to share details about the Redmi K40 Gaming smartphone; which will become one of the most affordable gaming machines on the market. The official presentation of the smartphone will take place later today

The device will be the first gaming smartphone from the Redmi brand. It will receive a number of unique functions; for the first time in the smartphone segment, side mechanical control buttons will be used.

Another teaser image published by Xiaomi reveals the characteristics of the display of the gadget. A high-quality OLED panel with narrow bezels and a small hole in the center in the upper area for a single front camera will be in use.

The screen will be able to display 1.07 billion colors, and the number of brightness levels will be 8192. In addition, it will support for HDR 10+ and the color gamut DCI-P3. The panel refresh rate is 120 Hz.

The size of the display has not been specified – according to rumors, it is 6.43 inches diagonally. The resolution will certainly not be lower than Full HD +.

Next Microsoft Teams faces yet another mass outage this month!