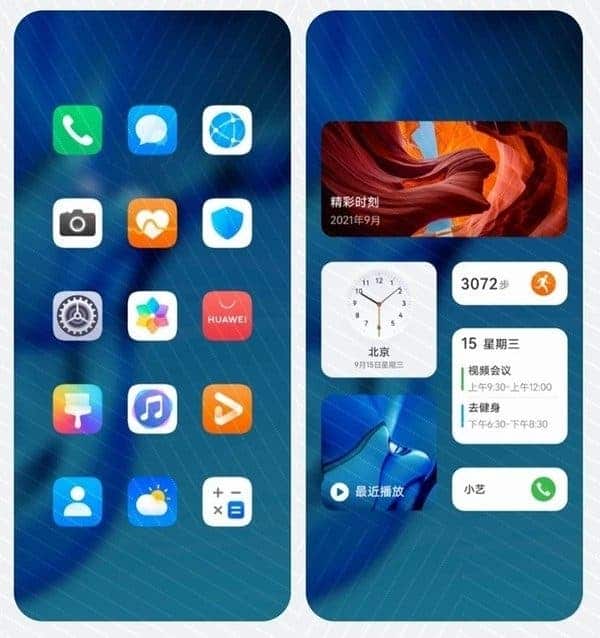 Since yesterday, Huawei’s Harmony 2.0 system has begun public testing. Many users have received Huawei’s notification to switch the system from Android to Harmony OS.

However, many users still don’t hurry to switch because they are concerned what changes will be made when switching from one system to another. But those who have been bolder, say the fluency and daily use are still okay. Some people even think it is smoother than the Android system.

After switching to Harmony OS, there is still a suspense, that is, what to do with the original system services, especially the Google services that are inseparable on Android?

Interestingly, a Weibo user proves that he has installed Harmony OS on his Mate 40 Pro+ phone, and later found that Google services are not affected at all.

Huawei has not explained how to be compatible with Google services.

Harmony OS Is Going To Change The World

Much earlier, Huawei explained the difference between Harmony OS and other smartphone systems. It said that Harmony OS is not a substitute for Android, nor is it a copy of iOS. The real development of Harmony started in May 2016. Thus, Huawei has been doing this for 5 years. And its main purpose is to be an operating system for Internet of Everything.

One of the Weibo bloggers said that the Huawei Mate 40 Pro 4G version is the first handset coming pre-installed with Harmony OS. It has recently passed the Ministry of Industry and Information Technology and 3C certification. The corresponding documents from TENAA also showed presence of the system. Prior to this, we have heard the Huawei P50 will be the first to come with it. But the latter will hit the market later. So it’s logical that another model will pioneer.