Realme announced the Q3-series in China recently. The series consisted of three budget smartphones including Realme Q3 Pro, Q3, and Q3i. The Q-series is limited to China for now. Thanks to its high price to performance ratio, Realme was able to sell 50,000 units of the Q3-series smartphones in less than half a day. More than 50,000 units in such a short period of time is a great achievement considering Realme is still a young brand. 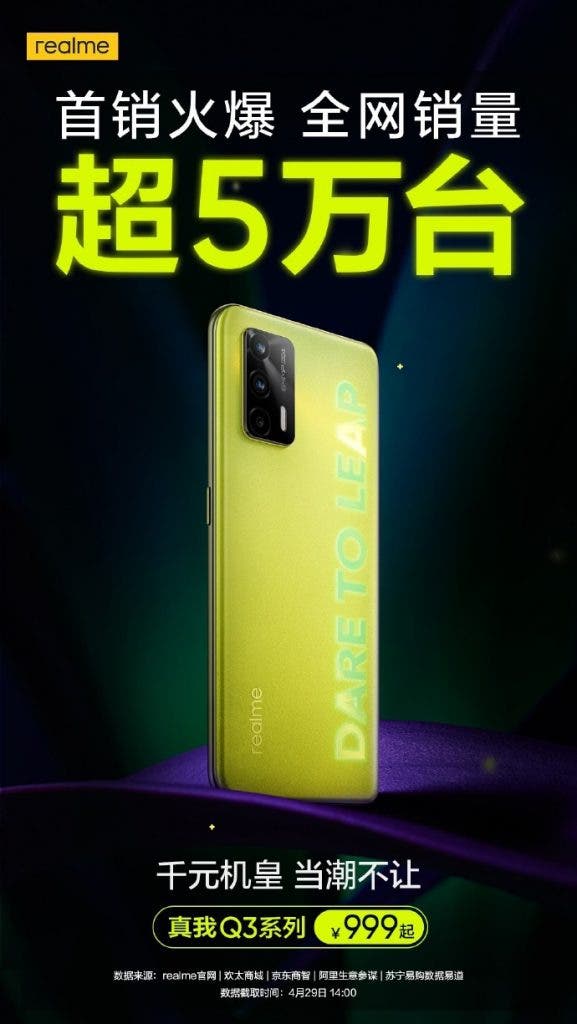 Realme officially posted on its Weibo account that the first sales day was a success. There are different models in the Q3-series. The price difference between them is not much. However, the hardware on each one is different. The Realme Q3i is the cheapest phone in the series with a price tag of 999 Yuan (~$154). Followed by the Realme Q3 at 1299 Yuan (~$200) and the Q3 Pro at 1599 Yuan (~$257). Now, what is the secret behind the success of these models? Well, first, they all offer 5G connectivity. The design language is great and the display on the Pro version is top-notch as well. Let’s discuss each of the phones below. 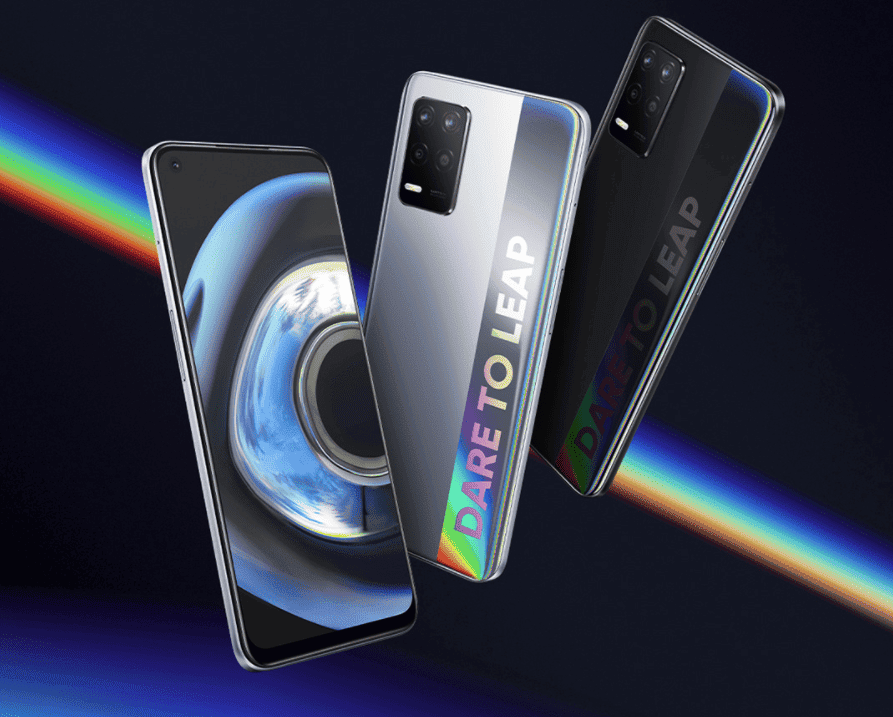 The Realme Q3i has a 6.5-inch 90Hz IPS LCD panel with a touch sampling rate of 180Hz. The brightness on this budget phone is 600nits. There is a triple rear camera setup comprising a 48MP primary, 2MP macro, and 2MP depth sensor. On the front, there is a 16MP selfie shooter. The device is powered by the Dimensity 700 5G chipset. Finally, there is a huge 5000mAh battery that supports 18W fast charging.

The vanilla Q3 has a 6.5-inch IPS LCD panel with a refresh rate of 120Hz. The resolution of the display is 1080 x 2400 pixels, and it has a peak brightness of 600 nits. The Realme Q3 has also had a triple rear camera setup, but it has an ultra-wide sensor. The primary sensor is a 48MP shooter coupled with an 8MP ultrawide and 2MP macro sensor. The Q3 also has a 16MP selfie shooter. However, the Q3 has a better Snapdragon 750G 5G chipset. Also, it has a 5000mAH battery with a fast 30W charging support. 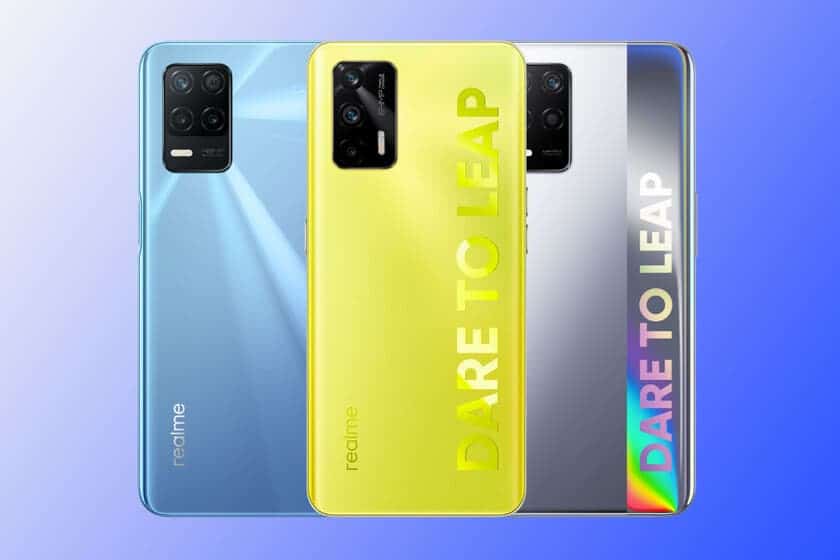 The Realme Q3 Pro is the high-end model in the series. It has a 6.43-inch SAMOLED panel with a 120Hz refresh rate. There is a triple rear camera setup on the rear comprising of 64MP primary, 8MP ultrawide, and 2MP macro. It keeps the 16Mp selfie shooter from the other two models. The phone is powered by the Dimensity 1100 chipset and has a 45000mAh with 30W fast charging support.

Previous Realme is rising, while Huawei and Honor are doing badly in Europe