Realme Narzo 30 is in the rumor mill for a long time now. Earlier, it received multiple certifications hinting at a global launch. The Narzo series by Realme typically provides high-performance chipsets and a good battery. Today an unboxing video of the Narzo 30 was published on YouTube. The video comes from a Malaysian YouTuber, do note that the device is not launched in Malaysia yet rather it will launch on May 18th. The unboxing video gives us a closer look at the device; showing the device specifications, design, and more. 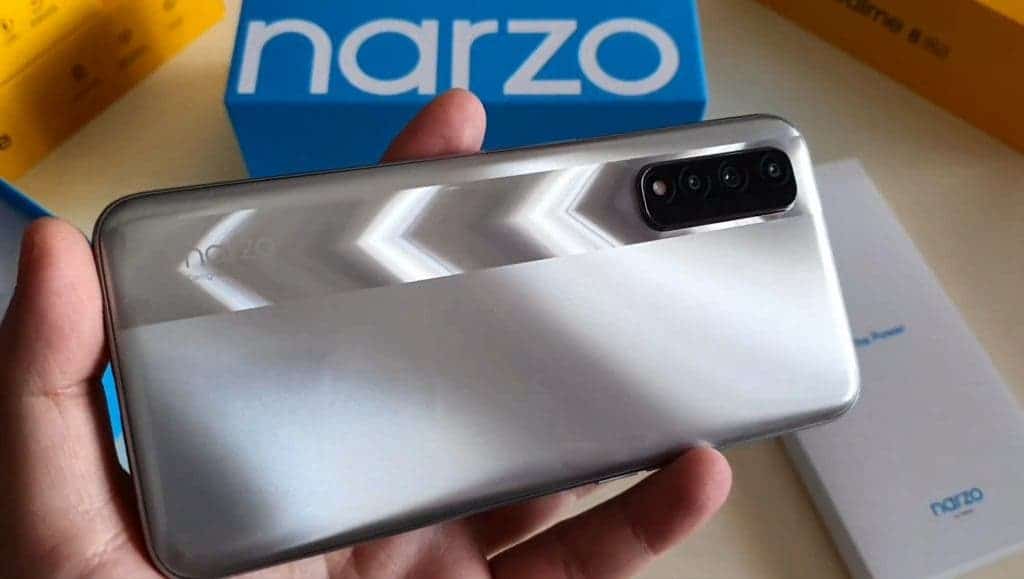 I have to admit; the Narzo 30 is beautiful. Even though the device is made from plastic; I have no issues settling as the phone looks superb. It has a dual-tone design where one part of the device has a shiny silver color and arrows are visible when you tilt the device. Whereas, the remaining part has a clean decent looking color. The camera module is not bold as well. To make it look modern, there is no rear fingerprint scanner, Realme has used a side-mounted fingerprint scanner. On the bottom, you will find the 3.5mm audio jack along with a USB-C port. There is also a single firing speaker on the bottom.

The Narzo 30 features a 6.5-inch IPS LCD panel with a resolution of FHD+. The display also has a high refresh rate of 90Hz for a buttery smooth experience. The device has a 580nits peak brightness. The camera is one of the biggest differentiating factors between Narzo 30 and Realme 8. The Narzo supports a triple rear camera setup comprising 48MP primary, 2MP Macro, and 2MP B&W. It is clear that this phone is not for camera enthusiasts, as it lacks an ultra-wide sensor. On the front, there is a 16MP selfie shooter sitting on the punch-hole notch. 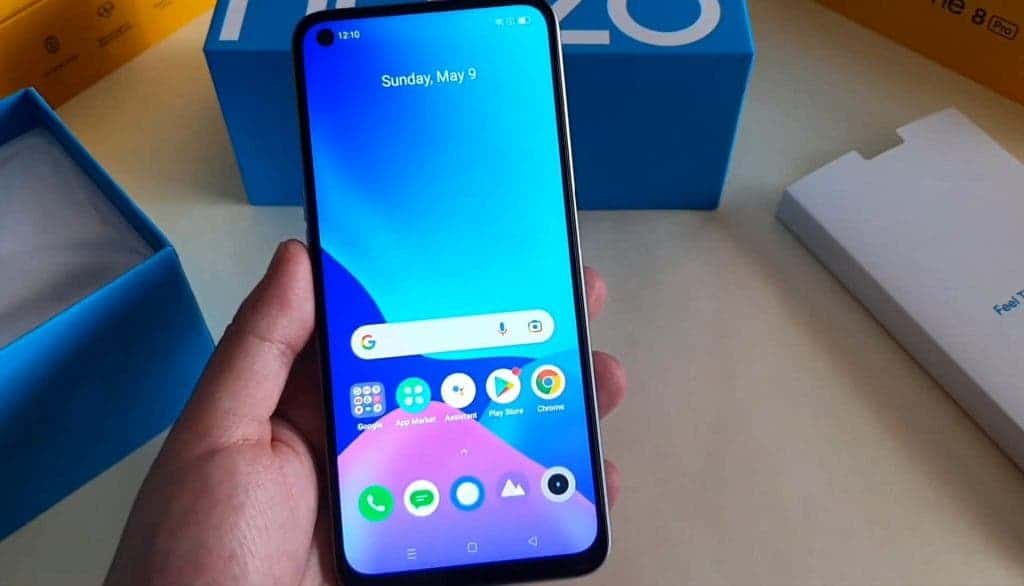 Performance is the biggest highlight of the device. Powering up the device is Helio G95 chipset, which is a slightly enhanced version of Helio G90T. I have personally used the G90T on Redmi Note 8 Pro, and I was impressed by its performance. However, in 2021, a 4G chipset doesn’t really make sense. Storage won’t be an issue on Narzo 30 thanks to a dedicated SIM slot. There is a 5000mAH battery that can be fast-charged at 30W. The device is 9.4mm thick and has a weight of 192g. Last but not least, it comes with realme UI 2.0 based on Android 11 out of the box.

Was it necessary to launch another Helio G-series phone?

Narzo 30 series was revealed earlier this year. The lineup consisted of the Narzo 30 Pro and Narzo 30A smartphones. The Narzo 30A is an entry-level device, while the Pro version is a mid-range. Now, the vanilla Narzo 30 sits in between the Pro and the A model. The specifications of the Narzo 30 suggest it is nothing new, and it looks like a watered-down version of Realme 8. The pricing was not revealed yet. However, we are not far away from launch. For now, the device looks promising thanks to its high performance and decent design. Let us know your opinions on the device in the comments section below.

Next Android 11 Update Timetable For Nokia Phones: Find Yours!