Earlier this year, ARM introduced the ARMv9 architecture, which aims to reimagine modern processors. The focus is on artificial intelligence, DSP (photo and video processing) and improved security. And now the advantages of the new architecture can be assessed on real products. Yesterday the company introduced the new generation Cortex-X2, Cortex-A710, Cortex-A510 cores, as well as the Mali-G710, G610, G510 and G310 video accelerators. 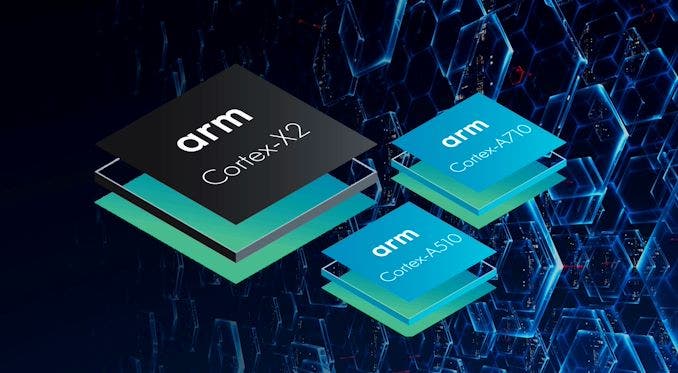 The flagship and star of the new solutions was the Cortex-X2 core, which was the successor to the Cortex-X1, which became part of the Exynos 2100 and Snapdragon 888 chips. The expected performance increase compared to its predecessor is 16%. We know that the kernel will find its application in flagship platforms for smartphones and laptops.

But despite the premium status of the Cortex-X2, the main debutant was the Cortex-A510 core, which replaces the Cortex-A55, which chip makers massively install in their processors. The new energy-efficient core delivers 35% performance improvement over Cortex-A55 and is also 20% more energy efficient. 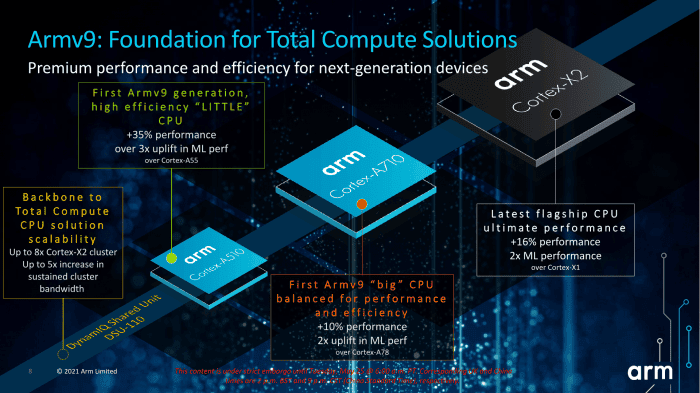 In fact, Arm says the A510 is more powerful than the Cortex-A57 and a step up from the Cortex-A73. Proposed 3x improvement in machine learning performance. The company’s slide shows it outperforms the Cortex-A78 in this regard (likely due to the new architecture).

Promises a 10% increase in power and a Cortex-G710 core with a 30% reduction in power consumption. The performance is better against the Cortex-A78 background. 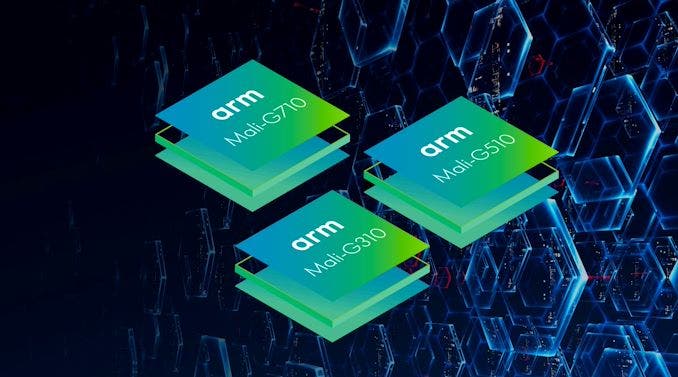 The Mali-G710 graphics are a continuation of the Mali-G78, with a 20% increase in performance and energy efficiency, and a 35% increase in machine learning. It was created using the third-generation Valhall architecture and has jumped to 64 FMAs per clock cycle per core.

Another major decision for all recently announced GPUs is the move to the so-called Command Flow Interface (CSF), replacing the Mali Task Scheduler that has been used since the earliest Mali GPUs. It also brings Vulkan-related improvements, new GPU firmware, lower latency and lower resource consumption. Mali-G710 will be available with 7-16 shader cores. 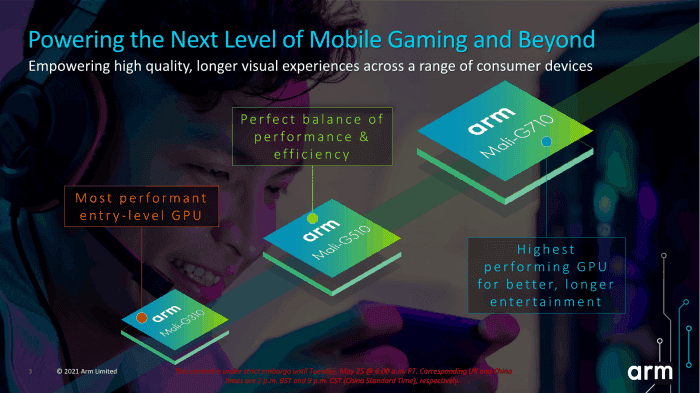 The Mali-G610 is an analogue of the Mali-G710, but with a smaller number of cores, from 1 to 6. The performance will also be better in the case of the Mali-G510; as well as the Mali-G310, which is designed for wearable devices.

Previous Xiaomi is preparing a flagship smartphone with sub-screen camera