At today’s WWDC21 Developers Conference, Apple released the iOS 15 system update. The iOS 15 further enhances the performance of the iPhone. iOS 15 makes FaceTime video calls more natural, launches the SharePlay sharing experience, and manages notifications in a new way. In addition, the Map App is redesigned to explore the world in a new way. The redesigned Weather App displays data in full-screen mode and more images. While the Wallet App adds support for family keys and ID documents, the Safari browser gets a new tab page bar design. iOS 15 also includes new privacy control options for Siri, mail, and other aspects of the system to further protect user information. 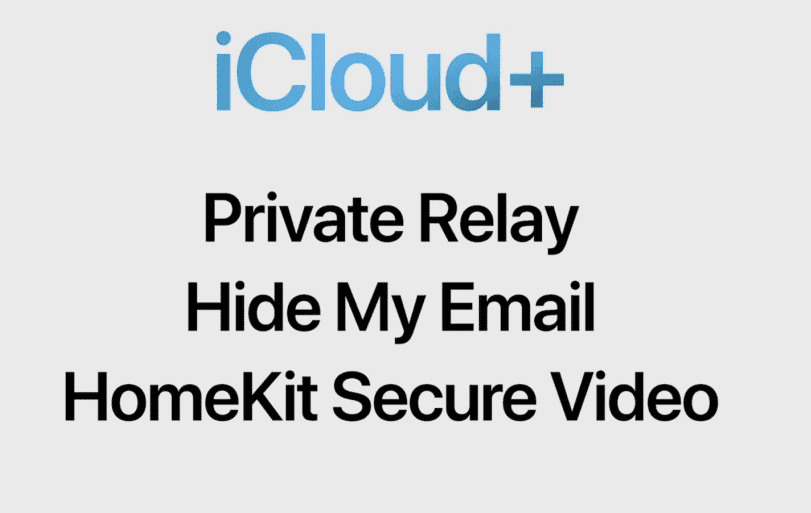 At this press conference, iCloud was officially upgraded to the iCloud+ brand. The reason for the upgrade is to improve user privacy protection. iCloud+ not only integrates the iCloud features that users like, but also introduces new high-quality features, including hidden email addresses, HomeKit secure video expansion service, and innovative online privacy service (iCloud Private Relay), all at no additional cost.

Current iCloud subscribers will be automatically upgraded to iCloud+ this fall. All iCloud+ plans can be shared with members of the family sharing group, and each member can enjoy the new features, storage plans, and upgrade experience. A major feature of the iCloud+ is that users can retrieve passwords through contact assistance verification. In addition, iCloud also allows users to transfer their digital assets to their relatives or other trusted persons. 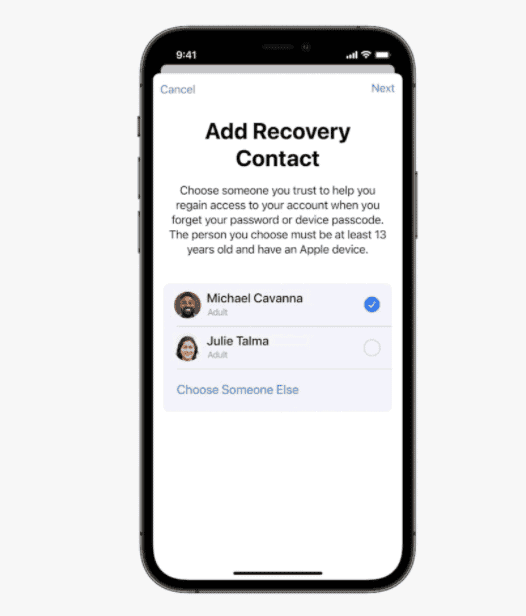 The new version of FaceTime will bring spatial audio technology to real-time video calls. With the help of multiple microphones and internal audio processing algorithms, it makes video calls have a more realistic sound field effect. 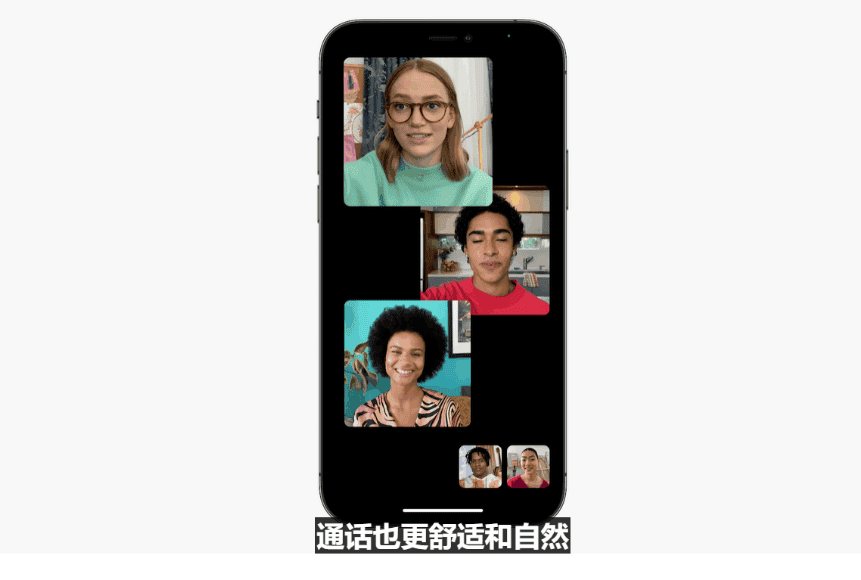 In addition, FaceTime also has a “Voice Enhancement Mode”, which masks background noise through algorithms, and can obtain clear voices even in noisy environments.

The new version of FaceTime will support automatic beautification in videos, and good results can also be obtained in multiplayer videos, just like using a camera to take pictures.

In the new version of FaceTime, users can create exclusive video call links and support sharing to chat, calendar, and email. Not only that, this link also supports opening through a computer browser on Android and Windows devices.

The SharePlay sharing function allows users to share videos, music, and screens that are being played. Apple cooperates with Disney, Hulu, HBO Max, and NBA to support watching online resources of these platforms and sharing them with friends during FaceTime videos.

iOS 15 has improved the notification function and brought a brand new notification interface. Contact avatars and App icons have become larger, making it easier for users to identify them. 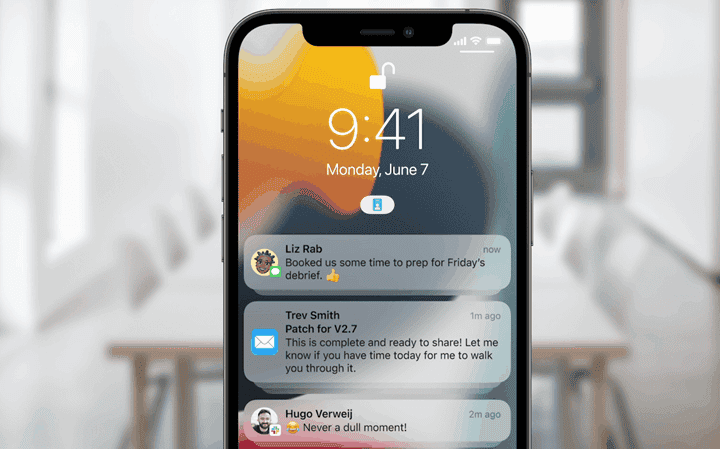 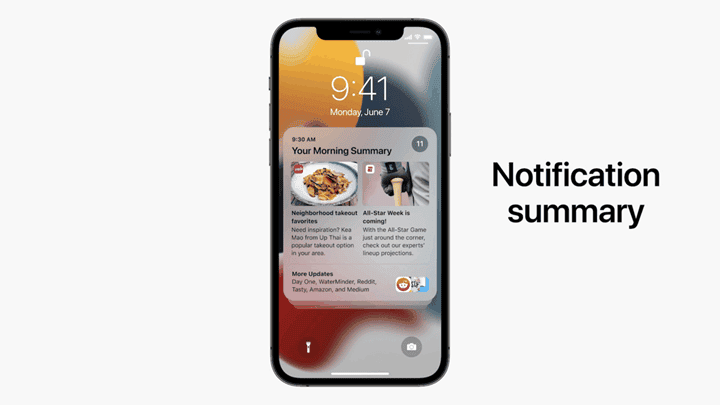 In addition, iOS 15 adds a focus mode and supports customizing different states. Each state can display different notifications style and supports synchronization with other devices.

Apple has brought a live text function to the photo application. This feature can automatically perform OCR in the camera application. When the user points the camera at the text, the latter will automatically appear, supporting free selection, copying, and pasting. Users can also perform these operations on existing photos.

This feature uses a “deep neural network” to scan photos of the “whole system” and supports seven languages. At the same time, this function can also recognize objects and scenes, such as dogs or flowers. 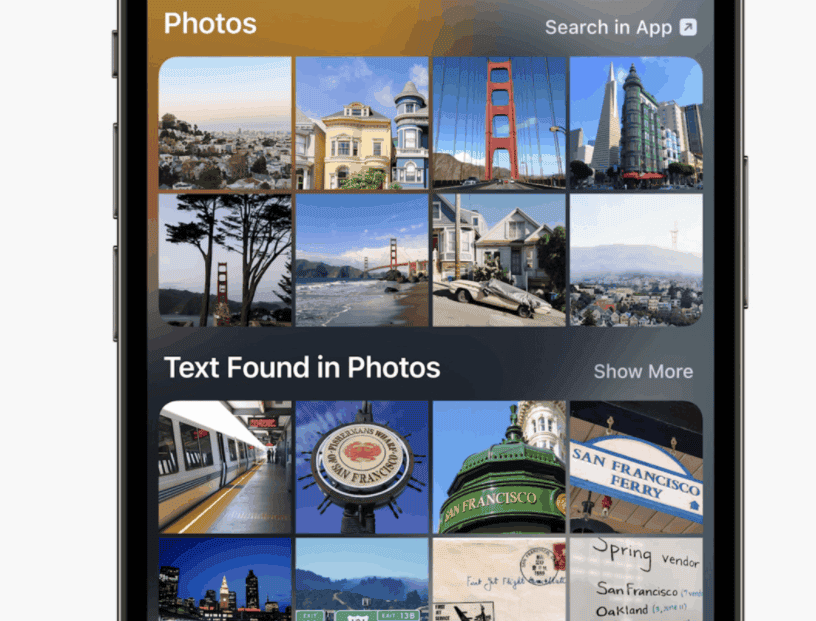 Apple’s digital assistant Siri now handles audio on the device by default. This means you can use this feature without an internet connection. Apple claims that this upgrade will also make Siri more responsive.

According to Apple, processing audios on the device will also make the use of Siri more private. This follows the company’s established preference to implement machine learning functions on the device instead of sending data to the cloud. “This solves the biggest privacy issue we hear from voice assistants, which is unwanted recordings,” an Apple spokesperson said during WWDC21. 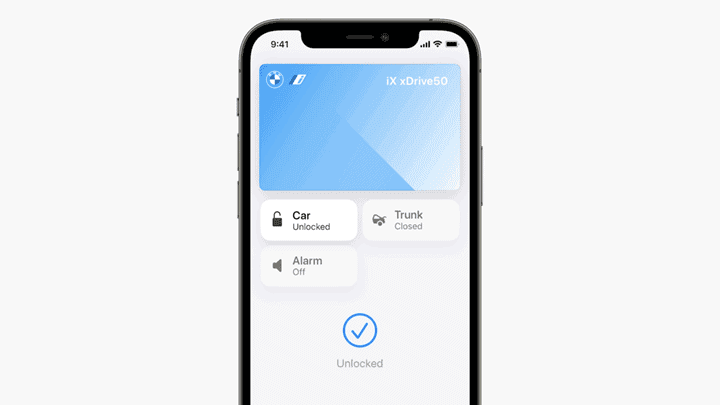 The weather application also ushered in a new design, adding a high-resolution in-app map. It also comes with a new background animation that changes according to the weather.

The map has a global view and a more detailed 3D view of any city. Furthermore, it provides more accurate road information and can assist the driver with more traffic and road condition information

In addition, the map will automatically track the user’s travel route and remind users when to get off the car.