Apple is opposed to iOS fragmentation. Therefore, it did everything to ensure that users quickly update to the latest version of the operating system. To do this, an obsessive reminder appeared on the smartphone about the need to update; and previous firmware versions were blocked after the release of new ones; so that there was no way to roll back to the previous iteration.

But now Apple has changed its approach by offering users an alternative. It will not insist on updating to iOS 15. Anyone who wishes can continue to use iOS 14. At the same time, the company has taken care of the security of such devices and promises to regularly release security patches if the user decides not to update to iOS 15. From what the frequency and how long security updates will be released are not reported.

Naturally, security patches will not offer any innovations and new functions, they will be aimed solely at fixing bugs and errors. Therefore, if you want to try out the new features of iOS 15, you still have to install it. Another thing is that there are not many innovations, and those that are available are unlikely to radically change the perception and comfort of working with the iPhone. Therefore, there is a possibility that there may be a lot of users who do not want to switch to iOS 15.

Perhaps this is just an experiment and Apple wants to see how users will be willing to update to the latest version of the operating system without forcing them. Subsequently, the company may well abandon this venture. 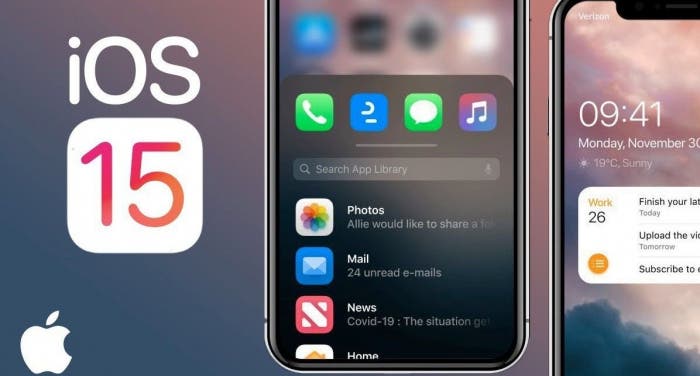 Apple’s annual WWDC 2021 developer conference kicked off yesterday in digital format. The opening presentation kicked off with the announcement of iOS 15; which will offer users a range of innovations across virtually every aspect of the operating system; from the FaceTime chat service to improved Memories in the Photo app.

In the fresh operating system, Apple has paid special attention to its proprietary videoconferencing service FaceTime; which now offers users a number of unique features that allow them to bring online communication to a qualitatively new level. First, users were able to isolate their voice from ambient noise using AI algorithms. Secondly, the service can now offer a convenient grid view of user video streams. Thirdly, the application received support for portrait mode; which allows you to blur the background so that the interlocutor is not distracted by the objects around you.

Check our iOS 15 dedicated article for more details regarding the new version of the operating system.

Previous MediaTek is the number one chip maker in the world