Samsung is the first in many niches because it not only designs end products but also manufactures various components. Even its closest rivals are its biggest clients. This doesn’t mean it has no equals in the semiconductor market. Vice versa, in many categories, the Korean manufacturer still yields its competitors. Say, in terms of camera sensors, the Japanese Sony is an unreachable leader. And though Samsung’s lenses are on many products, Sony still wins the race. However, this may change soon. Today, Samsung announced the industry’s first 0.64-micrometer image sensor, the 50-megapixel Samsung ISOCELL JN1. The latter comes with the latest pixel technologies such as enhanced ISOCELL 2.0, Smart ISO and Double Super PDAF. Due to them, the JN1 can capture more vivid images on the industry’s smallest 50Mp mobile sensor. 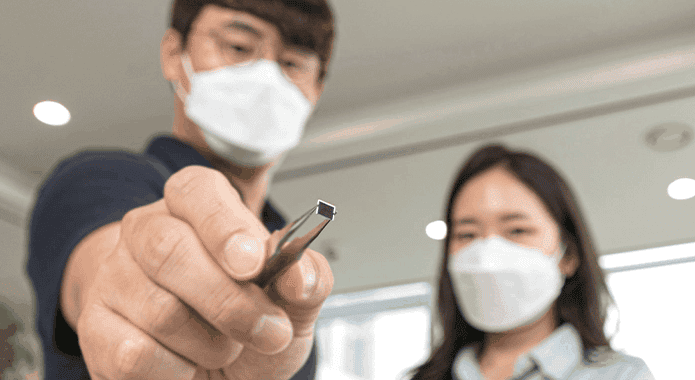 “Samsung’s advanced pixel technologies have once again pushed boundaries with the utmost precision to develop an image sensor with the industry’s smallest pixel size, yet with powerful performance. The new ISOCELL JN1 at 0.64μm will be able to equip tomorrow’s sleekest smartphones with ultra-high resolution mobile photographs,” said Duckhyun Chang, executive vice president of the sensor business at Samsung Electronics. “As we drive our commitment to innovation in pixel technologies, we will continue to bring a wide range of mobile image sensor offerings to the market.”

Well, one of the biggest highlights of the ISOCELL JN1 is the ISOCELL 2.0 technology. It comes with improved light sensitivity by around 16%. When shooting in low-light environments, the CMOS utilizes Samsung’s 4-to-1 pixel binning technology, dubbed Tetrapixel, to merge four adjacent 0.64μm-pixels into one big 1.28μm-pixel. With this, it quadruples light sensitivity. The small 1/2.76-inch sensor can also reduce the height of the camera module by around 10%. In other words, it is much slimmer and won’t affect smartphones look.

Thanks to this technology, the ISOCELL JN1 the most versatile image sensor yet from Samsung. This sensor is also compatible with existing 1/2.8-inch products. So it can be used for front-facing, ultra-wide or telephoto cameras, in addition to standard wide camera options. Simply put, the ISOCELL JN1 can become the world’s most powerful selfie camera sensor that takes 50Mp resolution photos. Plus, it is capable of recording 4K videos at 60 frames-per-second or full HD at 240fps.

This sensor also comes with Smart ISO for enhanced dynamic range. This new technology changes the conversion gain based on the environment’s illumination level. The ISOCELL JN1 integrates improved Double Super PD that makes the auto-focus faster. Double Super PD has twice the density of pixels (1/16) used for phase detection than Super PD (1/32).

The Samsung ISOCELL JN1 is currently in mass production.

Previous Smartphone sales for the first quarter grew by a quarter