Huawei HMS Global Application Innovation Competition (Apps UP) was officially launched today. The Chinese manufacturer is encouraging global developers to integrate the open capabilities of Huawei HMS Core to develop innovative applications. According to reports, as of the end of May 2021, the number of Huawei registered developers has exceeded 4 million. Furthermore, the number of applications integrating HMS Core globally exceeds 134,000. 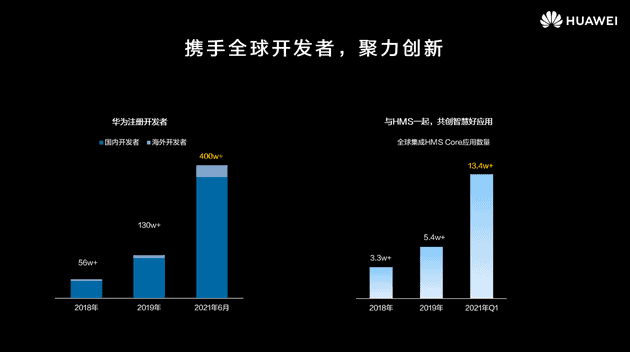 Huawei will launch Apps UP simultaneously in five major regions including China, Europe, Latin America, Asia Pacific, and the Middle East, and Africa. The company plans to set up a special incentive bonus of $1 million and there will be more awards. Huawei will also create incentives like support resources and exclusive incentives for HMS Core payment capabilities.

“With the help of Huawei HMS Global Application Innovation Competition, Huawei hopes to stimulate the innovation power of global application developers and bring more intelligent and innovative applications and services in all scenarios. We will continue to enrich the HMS ecosystem”.

Huawei hopes to use the global launch of HMS Core 6.0 to increase its application ecosystem. At present, Huawei Cloud and Huawei Terminal Cloud Services will bring more features for global developers. The company’s target is to globalize HMS Core. It does not want this service to be for the Chinese region only.

“We are moving towards the digital intelligence world. In fact, we are already living in an era full of apps. Apps make our work and life more convenient than before. This is inseparable from the efforts and contributions of thousands of developers”.

She used “trees” and “roots” as a metaphor for the close relationship between the thriving HMS ecology and developers: “The towering tree must have its roots. The process of HMS ecology’s thriving growth is not only the evolution of technological empowerment but also the result of the close collaboration between Huawei and the majority of developers … I believe that more and more people are gathering together through the HMS platform”

Next Xiaomi claims that high charging power does not damage batteries