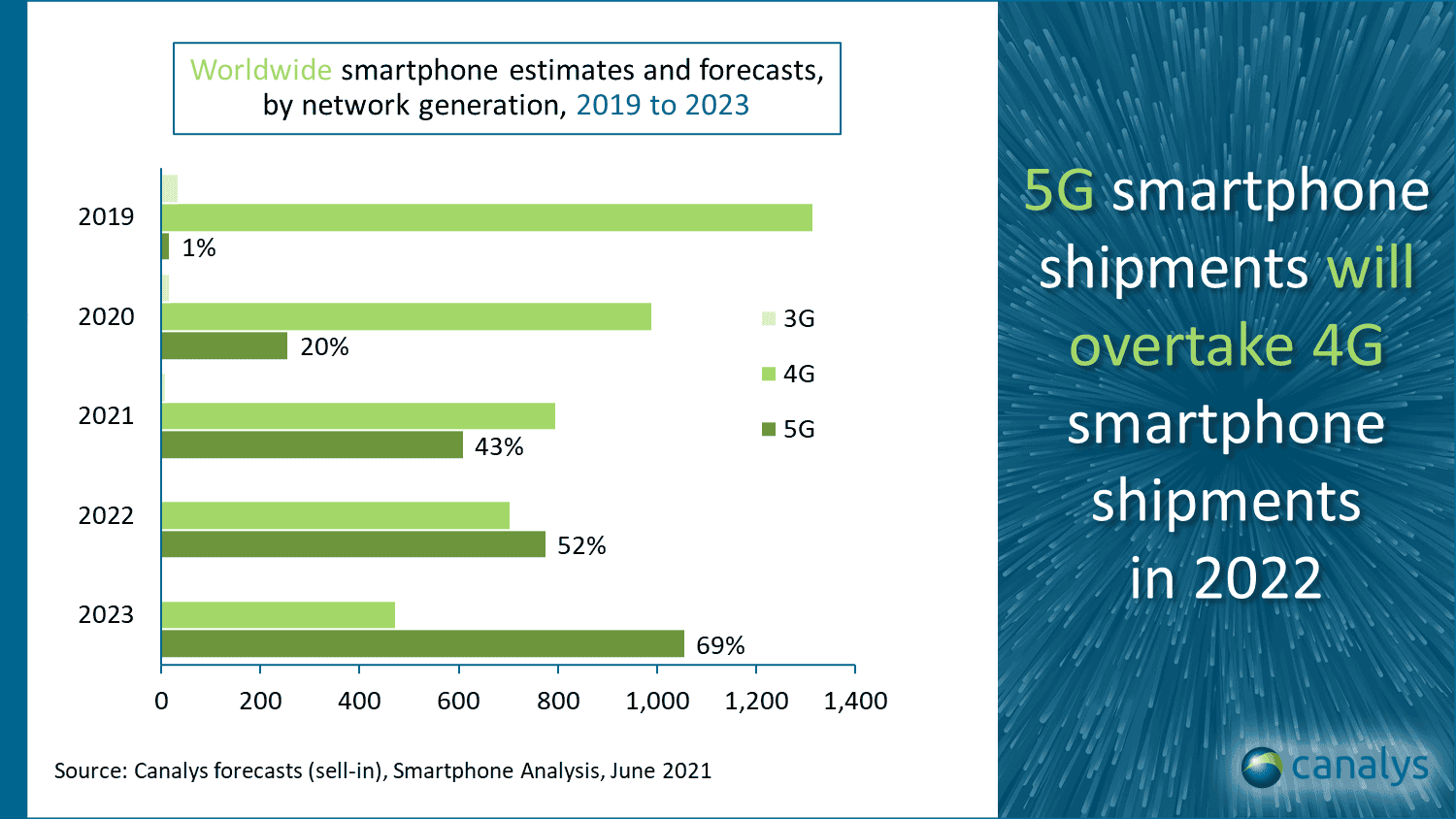 Smartphone shipments will grow despite pressure 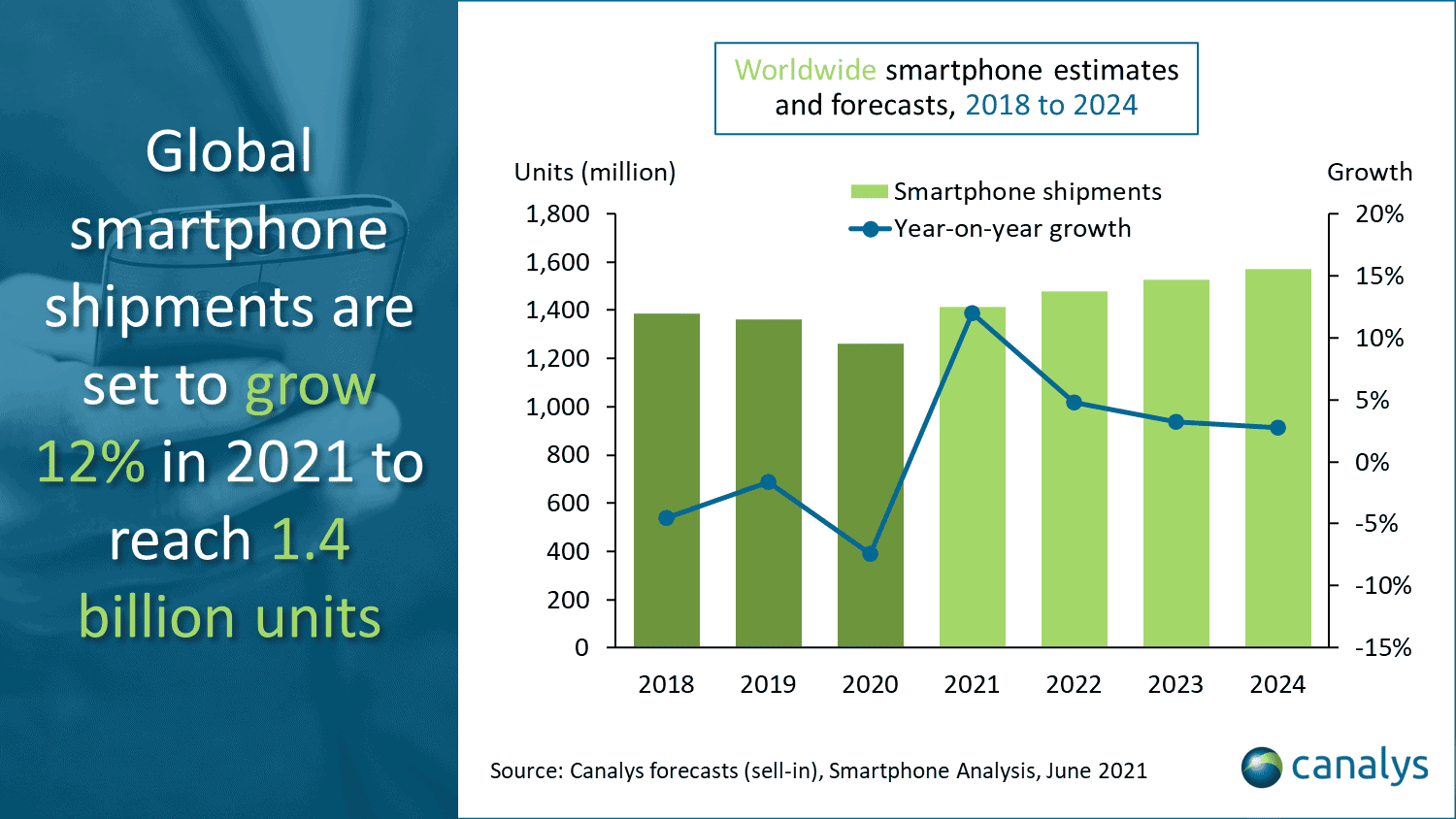 As Canalys Research Manager Ben Stanton says, “The smartphone industry’s resilience is quite incredible. Smartphones are vital for keeping people connected and entertained. And they’re just as important inside the home as outside. In some parts of the world, people have been unable to spend money on holidays and days out in recent months. So many have spent their disposable income on a new smartphone instead. There is strong momentum behind 5G handsets. They accounted for 37% of global smartphone shipments in Q1. Also, they should account for 43% for the full year (610 million units). This will be driven by intense price competition between vendors, with many sacrificing other features, such as display or power, to accommodate 5G in the cheapest device possible. By the end of the year, 32% of all 5G devices shipped will have cost less than US$300. It is time for mass adoption.”

Apple leads the 5G smartphone sales market with 37% in January