According to Huawei’s practice of previous years, it will hold the representative P series flagship new product launch conference in the first half of the year, around April. However, due to well-known reasons, the release time of Huawei’s new-generation, Huawei P50 series flagship was postponed to August. The Mate series, which usually arrives around August in previous years, will not launch obviously. There are rumors that the company will cancel the Mate series. However, the latest report shows that the Huawei Mate 50 series will not be the last Mate device. 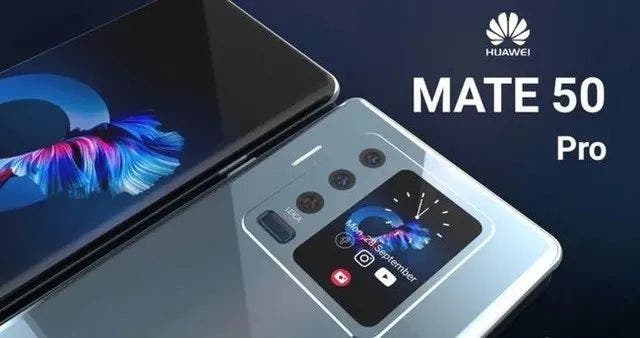 According to Weibo leakster, @菊厂影业Fans, Huawei Mate series may only be late, but will not stop. He further claims that even if there is no new model this year, it will be launch next year. The post says, “the P50 series is coming soon, wait until the P50 series is finished”. While the information reassures Huawei fans that the Huawei Mate 50 is coming, it cast some doubt about its launch date. 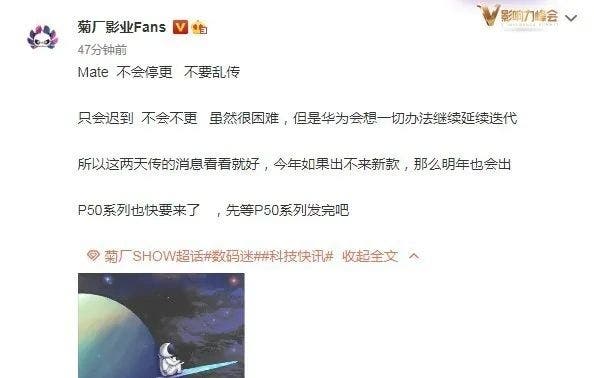 According to Huawei, there is no cause for alarm. The company claims that it already has the Huawei Mate 50 series design plan. Furthermore, the launch date for this series is official. Nevertheless, the company is yet to announce this date to the public. This also further relieves users who like the Mate series.

As for the upcoming Huawei P50 series, the new series will still contain three versions. Among them, the P50 will use a micro curved screen, the P50 Pro is a waterfall screen, and the P50 Pro+ is a curved screen. The two pro models will use the center single punch-hole design for the first time. This is also Huawei’s first center single punch-hole screen flagship smartphone.

In addition, this series will have a built-in 4200~4300mAh capacity battery that supports 66W wired fast charging and 55W wireless fast charging. Of course, it will arrive with Huawei’s HarmonyOS out-of-the-box.

To recap, the upcoming Huawei Mate 50 series will not be canceled. If anything, the company will only delay its launch for many months. More information about this series will come soon.