After Huawei was banned from using GMS, the tech giant decided to come up with its own operating system. We thought it might fail as Android and iOS have a big market share. However, it turns out that in China, HarmonyOS is already a huge success. Even other Chinese manufacturers have plans to launch HarmonyOS powered smartphones. According to a Taiwanese source, the Finnish tech giant Nokia is also planning to launch HarmonyOS powered smartphones. It will be powering the upcoming Nokia X60 series. Let’s check out everything we know so far.

This news is a big shocker as Nokia is not a Chinese company. And secondly, it is known for the vanilla Android experience. But of course, HMD Global will keep launching Android OS-powered smartphones. HMD Global might be shaking hands with different companies so that they don’t do the mistake Nokia did in the past. The failure of Nokia was only using Windows OS and neglecting Android. Later, when Windows Mobile OS failed, Nokia was dead. Hence, it makes sense if Nokia wants to use different operating systems. 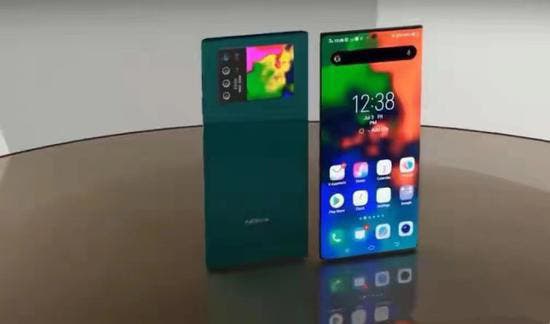 HarmonyOS is not just the highlight of the upcoming Nokia X60 series. According to leaks, it will be a flagship-grade series comprising Nokia X60 and X60 Pro. The leaked specifications include 200MP primary sensor, curved display, and a huge 6000mAh battery. These are just leaks, for now, hence take it is a pinch of salt. 200MP will be a huge leap in the smartphone industry. We have seen 108MP sensors on many mid-range phones this year. Nokia might be planning to take a leap and give a big challenge to its competitors. There isn’t much information on the processor powering the Nokia X60 however it will surely be a 5G chipset.

I am skeptical about HarmonyOS in the global market with no GMS. However, it could turn to be a great step for some markets where HarmonyOS is appreciated. According to the sources, Nokia is currently testing HarmonyOS and if everything is good then you may see HarmonyOS powered smartphones. Together with high-end specifications, Nokia X60 series can turn to be a success. Also, the concept images show a secondary display at the rear which will be a nice addition. Let us know your opinions on HarmonyOS powered Nokia smartphones in the comments section below.