OnePlus Nord 2 is expected to launch in India soon. The Chinese smartphone maker recently expanded its Nord lineup in the country by debuting the Nord CE 5G phone. Now, hints about the company’s plan to launch the Nord 2 have surfaced online.

If the tip is anything to go by, OnePlus is gearing up to further expand its Nord portfolio in India. Taking to his Twitter account on July 5, tipster Mukul Sharma hinted at an imminent launch of the Nord 2 in India. According to Sharma, the phone will be launched in the last ten days of this month.

Sharma has hinted at the possible launch date of the Nord 2 in India. However, it is worth mentioning here that OnePlus has neither confirmed nor denied this speculation that suggests the company could launch the phone later this month. In his tweet, the tipsters claim that the Nord 2 is likely to arrive in India on July 24.

Provided there are no last moment changes, the OnePlus Nord 2 is set to launch during the last 10 days of July. We are likely looking at a 24th-ish launch date.#OnePlus #OnePlusNord2

OnePlus has not yet confirmed the Nord 2 launch date in India, but the phone maker is expected to reveal the exact release date of the handset soon. Interestingly, the company has taken down all its posts from the official Instagram account of the OnePlus Nord.

It appears that OnePlus is gearing up to adopt a new marketing strategy for its much-awaited Nord phone. More details about this are likely to surface online in the coming days. OnePlus Nord 2 renders have already leaked via 91mobiles. Aside from giving us a glimpse of the entire design of the upcoming device, the leaked renders reveal some key specs of the phone.

According to renowned leaker Steve Hemmerstoffer (a.k.a. Onleaks), the upcoming phone will be similar to the OnePlus 9 series. The phone’s camera module’s design will be the most notable similarity. The tipster suggests that the Nord 2 suggests that the rear square-shaped module will feature two circular cutouts. 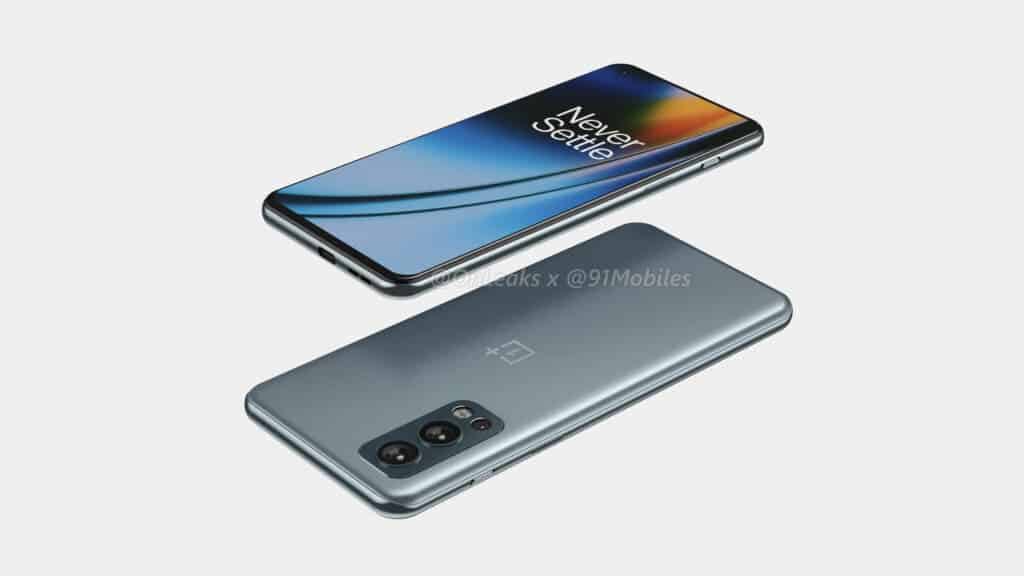 On the photography front, the Nord 2 will house a triple camera setup, which will accommodate a LED flash. The OnePlus logo will be placed at the back. Upfront, the phone will sport a flat display that will have a hole-punch cutout at the top-left corner.

The bottom will house a speaker grille, SIM tray, and USB Type-C port. The phone’s dimensions are 160 x 73.8 x 8.1mm. Moreover, it will have the company’s trademark alert slider. The phone appeared on the AI benchmark website, featuring a MediaTek Dimensity 1200 processor.

According to the website, the Nord 2 will ship with 8GB of RAM. It will feature a 6.43-inch FHD+ AMOLED display and offer a refresh rate of 90Hz. In addition to that, the phone will have an optical in-display fingerprint sensor.

OnePlus Nord 2 Warp Charger reportedly explodes while in use