Vivo S10 has been spotted in offline promo posters even before the hotly-anticipated phone hits the store shelves. The S10 has been floating around the rumor mill for quite some time now. It appeared on the GeekBench certification website with some key specifications.

On July 5, the Vivo S10 promotional posters surfaced in China. If the recently surfaced posters are anything to go by, the S10 will be launched earlier than what previous reports indicated. The phone appears in its highly appealing gradient color and is housed in a slim frame.

If the promo posters are anything to go by, the Vivo S10 will sport a notch display and house a triple camera setup at the back. A previously leaked live image has revealed the shiny gradient color of the handset. Furthermore, there’s a dual-LED flash placed between the main and the secondary lens.

The S10 was also spotted in banners in the home market. The phone’s most notable features in the optics department include 108MP triple cameras at the back and a 44MP front shooter. Furthermore, it packs a powerful Dimensity 1100 chipset. 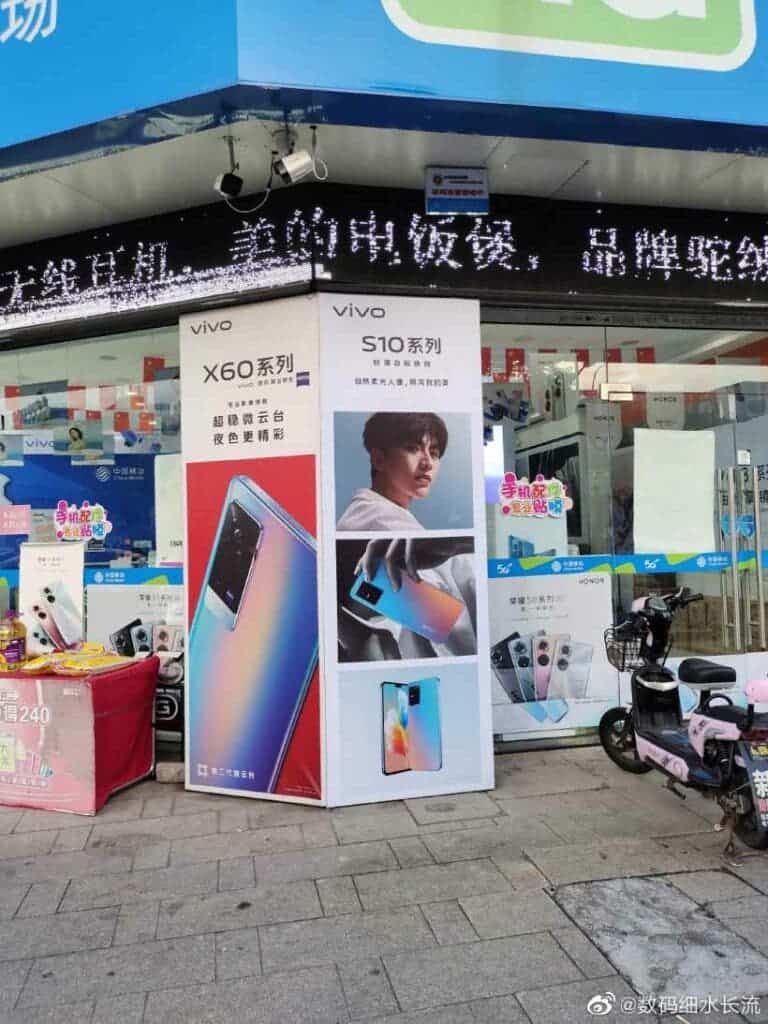 The smartphone will go up for grabs in 8GB of RAM and a 12GB of RAM variant. You can choose between 128GB and a hefty 256GB of built-in storage capacity models. It is likely to have UFS 3.1 storage.

The S10 will draw its juices from a robust battery that supports 44W fast charging and can go from 0 to 38 percent in just 15 minutes, according to TechnoSports. In terms of connectivity, the phone will support 5G, as well as NFC.

Aside from that, the S10 is expected to run Android 11 out of the box with FunTouchOS on top of it. However, it is unclear whether it will dump the 3.5mm headphone jack, or retain it.

As far as pricing is concerned, the Vivo S10 is expected to follow in the footsteps of its predecessor, the Vivo S9. The S9 was launched earlier this year. The upcoming phone will have a starting price of CNY 2,999 (about $464).

It is worth mentioning here that Vivo has not yet officially confirmed that the S10 will come with similar pricing. Regrettably, details about the device’s launch date are also scarce.

However, more information is likely to surface ahead of the phone’s official launch. Nevertheless, considering that Vivo grabbed the second spot in the growth in the global 5G smartphone market, we can expect the S10 to be nothing short of awe-inspiring.