iQOO has recently revealed the iQOO 7 smartphone in India. The device has arrived several months before in China, and for that reason, the company is already planning an iQOO 8 for its domestic market. As far as India is concerned, the company should keep focusing on the iQOO 7 sales at least until later this year. The gaming and hardware-focused smartphone were revealed in just two colorways – Solid Ice Blue and Storm. Now, the company is gearing up to unveil a new colorway in India. According to a report from 91Mobiles, the new iQOO 7 colorway will carry the Monster Orange name and will reach the country very soon.

The new Monster Orange will join the two available colorways on July 26. According to the 91Mobiles’ report, the new colorway will go on sale during the Amazon Prime Day sale on July 26 in India. Furthermore, the new colorway will launch in variants with 8 GB of RAM and 128 GB of Internal Storage, and in 8 GB of RAM and 256GB of Internal Storage. Still, the new option is identical to the other two in terms of specifications. Interestingly, the Orange colorway brings the “Monster” text on the back.

In terms of specifications, the new variant is identical to the others. It sports a 6.62-inch Full HD+ AMOLED display. The device offers a 120 Hz refresh rate and a 300 Hz touch sampling rate for a smooth gaming experience. It has a centered punch-hole cutout for the selfie snapper. It’s a 16 MP camera that takes care of selfies and video calls. Moving around to the back, the device has a triple-camera setup. It comprises a primary 48 MP Sony IMX598 sensor. It sits alongside a 13 MP ultrawide module with a 2 MP mono lens. 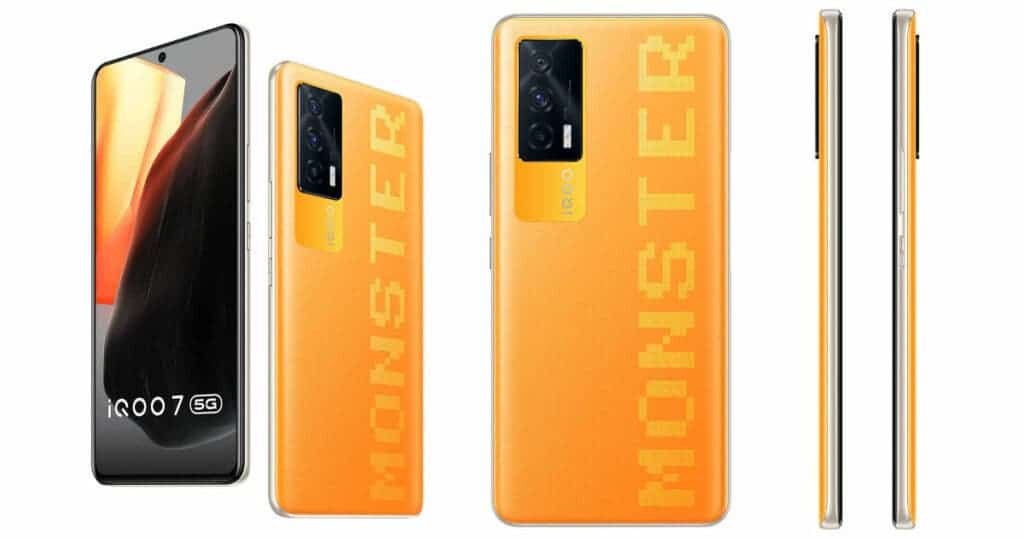 Under the hood, this variant sports the Qualcomm Snapdragon 870 SoC. It is paired with 8 GB of RAM and up to 256 GB of Internal Storage. The device also comes with the OriginOS Extended RAM feature. It takes up to 3 GB of your internal storage to use as virtual RAM. The smartphone also has a 4,400mAh battery with 66W fast-charging support.

Until the moment, the price tag for the Monster Orange variant is yet to be revealed. It could launch under the same price range of INR 31,990 (~$430) and INR 33,990 (~$456). However, we should wait for the official confirmation or more precisely for the launch day.

Worth noting, that the global iQOO 7 is basically a rebadged version of the Chinese iQOO Neo 5. The Chinese iQOO 7 that sports the Snapdragon 888 went official is iQOO 7 Legend.

Previous Xiaomi gadgets and accessories with coupons from Wiibuying

Next TikTok is planning a comeback to India after the ban