It’s no secret that Xiaomi is returning to the tablet market and is preparing to present the Xiaomi Mi Pad 5 in three versions at once. The two bigger ones will receive a Snapdragon 870 chipset and the smaller one – Snapdragon 860. Only the last of the variants will enter the global market, but the better options will not leave China. New details have arrived about what the tablets will be like.

There is also a prediction that a version with Snapdragon 768G on board may come out and are prone to the fact that it will appear under the Redmi brand. Whether this is true or not, we will find out in August; when the premiere of the Xiaomi Mi Pad 5 family should take place. 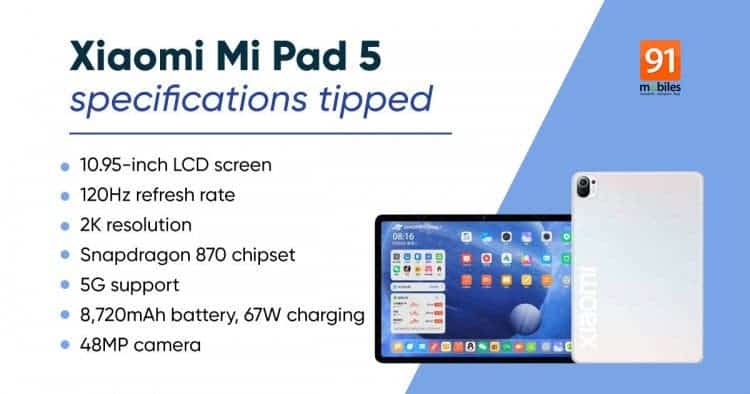 There are a huge number of research companies on the market that usually look at the smartphone market. Let’s take a look at how StrategyAnalytics analysts see it in the second quarter of 2021.

Experts note that in the period from April to June of this year; 314.2 million smartphones were delivered to the market; which is 11% more than in the same period last year. Leadership is held by Samsung, which shipped 57.1 million devices and controls 18.2% of the market share. The company was prevented from showing better results by fierce competition from Chinese smartphone manufacturers.

StrategyAnalytics, in unison with Canalys colleagues, came to the conclusion that in the second quarter, Xiaomi was able to take “silver”. Its market share amounted to 16.8% and the result was achieved due to the shipment of 52.8 million units. Among all manufacturers that made it into the top 5, Xiaomi has the highest growth rate at 85.3%.

In third place was Apple, which managed to ship 47.5 million iPhones, and its share is estimated at 15.1%. StrategyAnalytics concluded that for the first time, China has become the largest market for Apple with its iPhone. The fourth and fifth positions were taken by Oppo and Vivo; which shipped 33.2 million and 31.5 million devices, respectively, and their share was 10.6% and 10%, respectively. These companies are showing growth, primarily due to the strengthening of their positions in China and India.