The Chinese company Vivo has unveiled a teaser announcing that the powerful iQOO 8 smartphone series will be officially unveiled in two weeks at an event that will be held on August 17.

The family will include at least two models – iQOO 8 and iQOO 8 Pro. The devices will receive a high-quality Samsung E5 AMOLED LTPO display with a refresh rate of up to 120 Hz, 2K + resolution and 10-bit color representation.

It refers to the presence of a fingerprint scanner integrated into the screen area. The front camera will be located in a small hole in the center at the top of the display.

The smartphones will have the flagship Snapdragon 888 Plus processor developed by Qualcomm. The chip contains eight cores clocked at up to 3 GHz, an Adreno 660 graphics accelerator and a Snapdragon X60 5G modem with data rates up to 7.5 Gbps.

The amount of RAM will be up to 12 GB, the capacity of the flash drive – up to 256 GB. We talk about using the OriginOS 1.0 operating system based on Android 11. In addition, the technology of ultra-fast recharging of the battery will also be available.

This month we will also see the premiere of new smartphones from Xiaomi, Samsung and several other smartphone manufacturers. 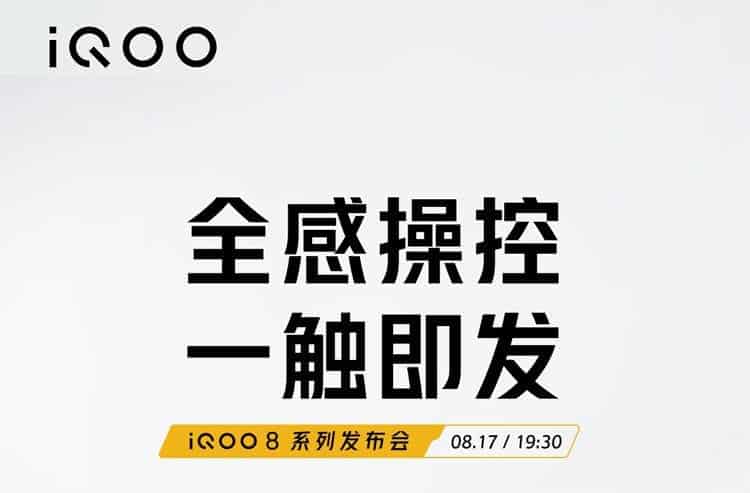 International Data Corporation (IDC) has recently released statistics on the Chinese smartphone market for the second quarter of this year. One of the world’s largest smartphone sales regions showed a year-on-year decline.

From April to June inclusive, approximately 78.1 million smartphones were sold in the Middle Kingdom. This is 11% less compared to the second quarter of last year.

Vivo took the first place in the list of the leading players of the PRC market. Over a three-month period, this company shipped 18.6 million units, gaining a share of 23.8%.

Silver went to Oppo with 16.5 million units sold and 21.1% of the industry. Closing the top three is another local developer – Xiaomi, which delivered 13.4 million smartphones in the last quarter and gained 17.2% of the market.

The fourth place belongs to Apple with 8.6 million iPhones. This corresponds to a share of 10.9%. Closes the top five brand Honor, which managed to sell 6.9 million devices and show a result of 8.9%.

Note that among the five leading market participants, Xiaomi showed the greatest growth – plus 47.0% on an annualized basis. And the Honor brand became the only developer in the top five with negative dynamics – minus 46%, but its market share may rise in the next few months with the launch of new products.