The Guardian reported that French cybersecurity agency ANSSI found traces of the spyware Pegasus on the mobile phones of three local media reporters. One of the media is preparing to launch legal action.

ANSSI’s investigation began with the Pegasus project investigation report published in late July by non-profit organizations Forbidden Stories, Amnesty International’s Security Lab, and 17 media outlets around the world. It turns out they hold a copy list of as many as 50,000 phone numbers targeted by customers of the Israeli hacker company NSO Group. They are attempting to infiltrate these phones with the Pegasus spy program created by NSO.

The reason for the report’s attention is that the NSO advertises that it only provides hacking tools to governments in combating terrorism and criminal actions. However, the Pegasus found that there are many journalists, dissidents and politicians from all over the world on the list. There are at least 180 reporters. 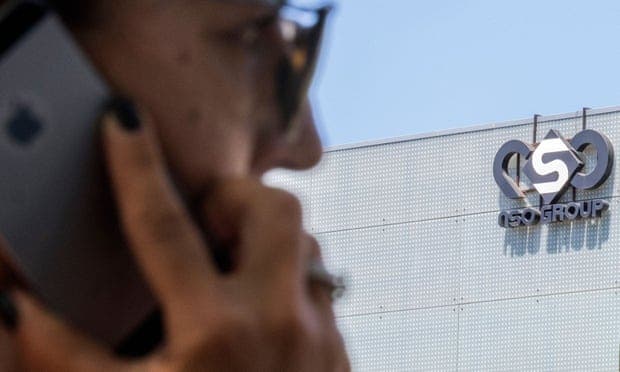 ANSSI’s investigation revealed that Pegasus has been spying on 3 journalists in France. They include a senior reporter from the international television station France 24. The other two journalists were Lénaïg Bredoux and Edwy Plenel from the French investigative website Mediapart.

The reporters were angry about the surveillance of their mobile phones. Also, they worried that it would affect the sources of the countries they contacted. The senior reporter affiliated with France 24 had his phone invaded by Pegasus in May 2019, September 2020 and January 2021 respectively. France 24 television station is ready to take legal action.

“We are stupefied and angry that journalists could be the object of spying. We will not be taking this lying down. There will be legal action.”

Not Only Reporters But Politicians As Well

Not only reporters, French President Emmanuel Macron, and 15 French officials before and after them are all on the list. But ANSSI has not confirmed whether the mobile phones of these officials have been hacked.

NSO continues to deny that Taboo Stories and the list obtained by Amnesty International are targets of Pegasus. NSO said Macron had never been a “target” of any of its customers. Thus, the company denies he was selected for surveillance or was surveilled using Pegasus. However, the Israeli government has started investigating NSO. Also, it has called an emergency meeting. They want to evaluate the possible impact of the Pegasus project on the country’s security field.

P.S. France is not the only country that suffers of the Pegasus project.

Next Sail away with the cheap inflatable paddle board from DHGate