The Motorola Edge S Pro uses a full-scene camera system, including a 100MP main camera lens, which supports a 50 times periscope zoom. This is the first time that Motorola mobile phones use a periscope-style telephoto lens. 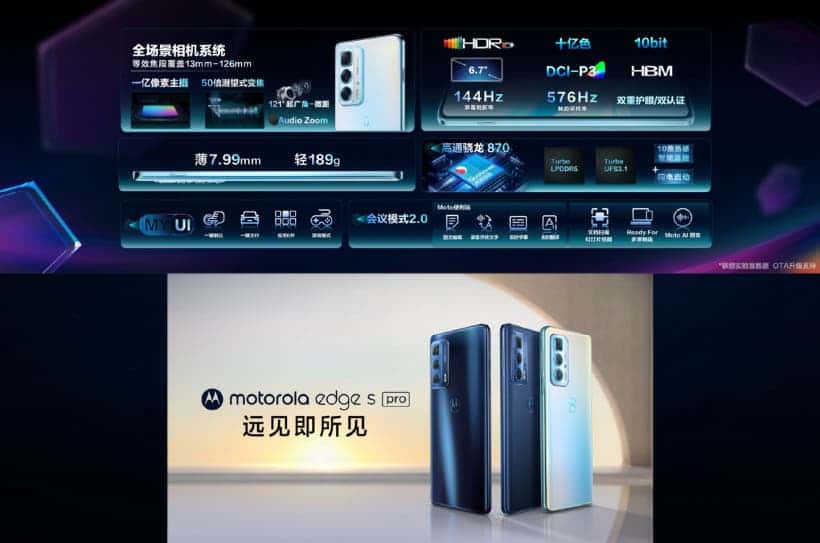 Also, our protagonist features a 6.7-inch OLED screen. In the hole on the front, we can find a 32MP selfie shooter. Anyway, the screen is impressive itself. It comes with a super-sensing true color screen of 1 billion colors, a high refresh rate of 144Hz, a touch sampling rate of 576Hz, and SGS Eye protection certification.

The Motorola Edge S Pro has achieved an ultra-thin design. The machine weighs only 189g and has a thickness of 7.99mm. It is available in three colors. 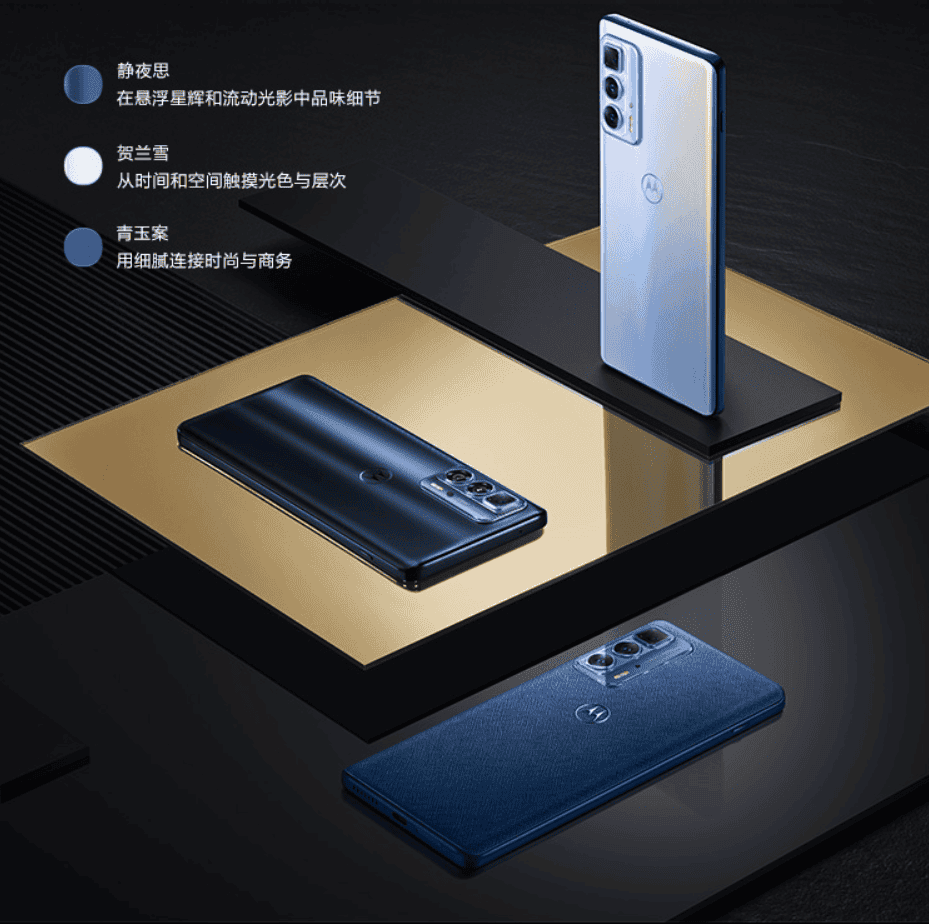 In terms of performance, the Motorola Edge S Pro carries the Snapdragon 870 processor, up to 12GB LPDDR4 memory, up to 256GB UFS 3.1 storage space, and a built-in 4520mAh battery, which supports 30W wired charging. The latter is not the fastest charging option. But we shouldn’t hope to see anything better on the phones from this category. At least, this is better than the 18W charging.

Well, when it comes to the camera, we understand that this is the biggest highlight of the phone. It includes a 108-megapixel main camera, an 8-megapixel periscope telephoto lens and a 16-megapixel ultra-wide-angle lens. 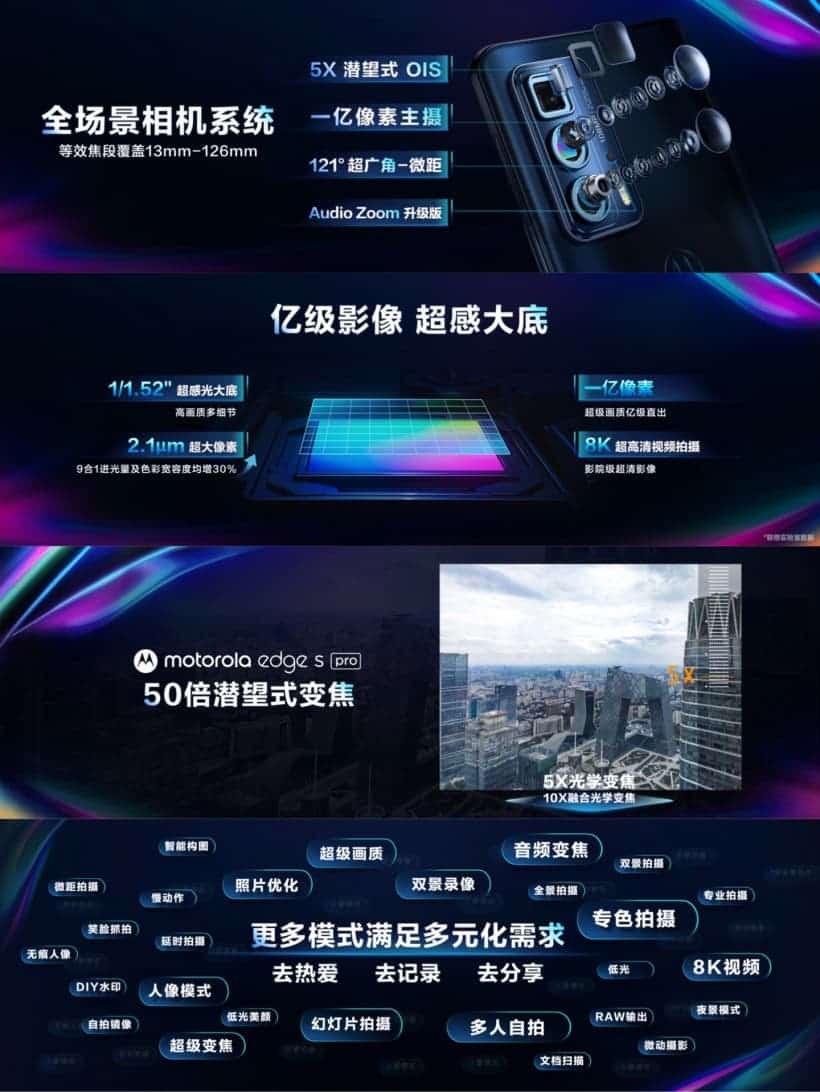 In terms of price, the Motorola Edge S Pro has four versions:

The new machine is already available for pre-order and will go on sale on August 10.