Xiaomi continues to accelerate the wave of hype around the upcoming announcement of the Mi Mix 4 smartphone. Yesterday the company showed a nostalgic video in which it told what a difficult and thorny path it had to go along the path of the development of the Mix line of flagships.

Lei Jun still has to talk about this in detail at the upcoming presentation on August 10, and in order for users to become even more excited with the triumph of the moment and realize how much effort was spent on creating an almost perfect smartphone, the company published a teaser with concepts that were never implemented.

It is difficult to understand something in detail from the images. You can only see Mi Mix Alpha among the concepts, and it is also obvious that the efforts of Xiaomi engineers and designers were sharpened to maximize the display area and the most popular idea was to radically bend its edges to the side edges of the device as much as possible.

The head of the company, Lei Jun, also contributed to fueling interest in the Xiaomi Mi Mix 4, who said that the new product embodies the vision of future technologies. It is also a product “born for a dream” and the company has done everything to offer the best device in the Mi Mix line. Lei Jun also promised that the smartphone will work stably and will not disappoint the fans. 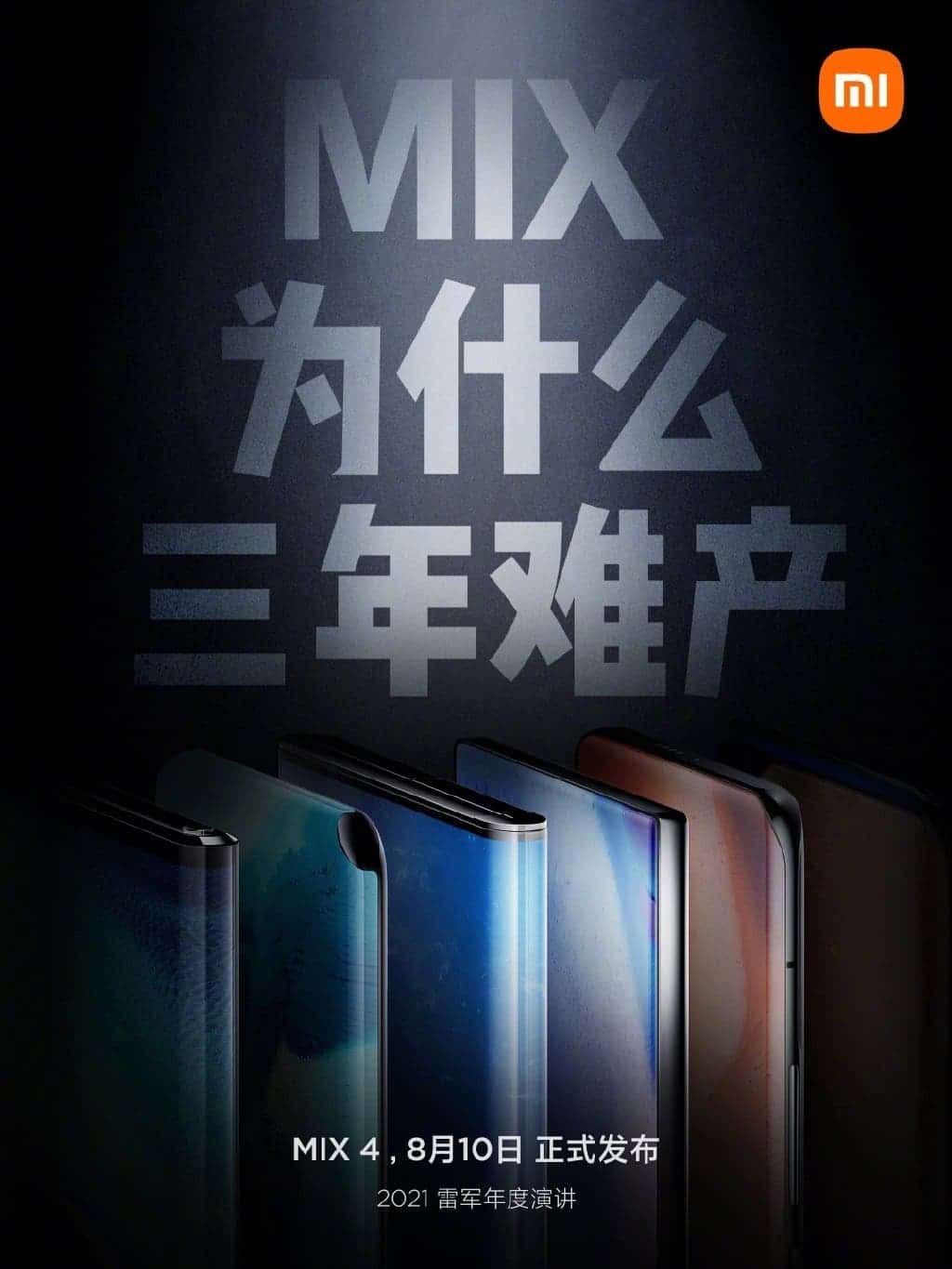 Strategy Analytics has published statistics on the European smartphone market in the second quarter of this year. It is reported that for the first time; the Chinese company Xiaomi took the top line of the ranking of leading manufacturers.

Shipments of smartphones in Europe in the period from April to June inclusive amounted to approximately 50.1 million units. This is 14.4% more compared to last year’s result. Thus, the industry is gradually recovering from the impact of the pandemic; which triggered the closure of a number of stores and reduced sales.

Xiaomi occupied about a quarter of the European smartphone market – 25.3%. On an annualized basis, the demand for the devices of this company increased by 67.1%, reaching 12.7 million units.

In second place is the South Korean giant Samsung with a share of 24.0%; and Apple closes the top three, controlling 19.2% of the market.

The highest growth rates in the top five belong to the Chinese Oppo and Realme; plus 180% and 1800% year on year, respectively. As a result, the share of the first of these companies was 5.6%, the second – 3.8%. All other suppliers of smartphones in the European market together hold 22.2%.

Next Honor Play 5T Pro is launched with Helio G80