Samsung could be gearing up to launch the Galaxy M52 5G, and the Galaxy F42 5G smartphones in India next month. Earlier this week, the South Korean tech company quitely launched the Galaxy A03s with MediaTek Helio P35 in India. Now, a noted tipster claims that the smartphone maker is planning to unveil two new phones in the country soon. 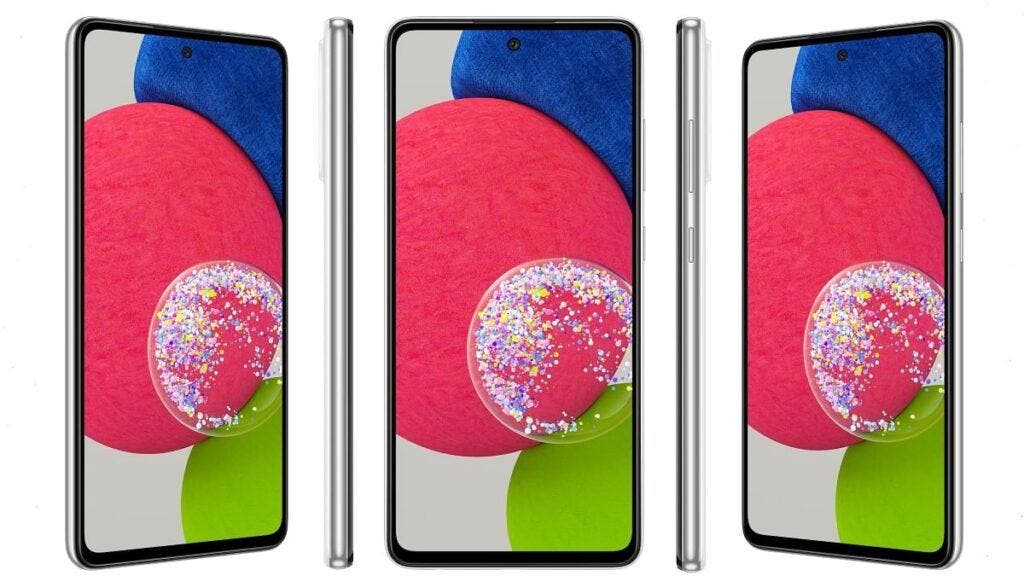 A Samsung phone made its appearance on the BIS (Bureau of Indian Standards) website recently, according to NewsBytes. Despite the lack of an official confirmation, the aforesaid phone is tipped to hit the store shelves in India carrying the Galaxy M52 5G moniker. Tipster Debayan Roy took to his Twitter account on August 18 to share details about the Galaxy M52 5G, and another Samsung phone dubbed the Galaxy F42 5G. Roy claims that both phones will be arriving soon in the country.

A Galaxy M52 5G variant was spotted with model number SM-M526GBR on Geekbench benchmarking site in June. As expected, the Geekbench listing revealed some key details about the device. The Galaxy M52 5G was listed with a Snapdragon 778G chip, Android 11 OS, and 6GB of RAM. The Samsung SM-M526GBR was spotted on China’s 3C certification site in July. This listing indicated that the device features a 4,860mAh battery. This could end up being a 5,000mAh rated battery.

Samsung Galaxy M52 5G will launch in India at the 🛑End of September. 😍

Also, another device
Samsung Galaxy F42 5G will launch in India on 🛑September.

🔃 ReTweet will be Amazing ❤️🔥

In the optics department, the Galaxy M52 5G could house a 32MP shooter on the front. Aside from that, it could feature a 64MP ISOCELL GW3 as the main sensor, a 12MP ultrawide, a 5MP macro, and a 5MP depth camera at the back. Samsung will be launching the smartphone in India, China, and a slew of other European markets. Moreover, the phone could go on sale in blue, black, and white colors in Europe. The company has already launched the Galaxy A52s 5G in the U.K. So, the Galaxy M52 5G could be a rebranded A52s 5G with minor changes.

Another Samsung phone with model number SM-E426B was spotted on Geekbench recently. This device could be the Galaxy F42 5G. The Geekbench listing showed that the phone could pack a Dimensity 700 SoC, paired with 6GB of RAM. Moreover, the phone could come running on the Android 11 operating system. On top of that, the device has passed through Wi-Fi Alliance and Bluetooth SIG certifications. According to Roy, the Galaxy F42 5G will launch alongside the Galaxy M52 5G in September in India.

Previous Redmi 10 launched with Helio G88 and 50MP camera, this time it's official