Motorola Moto G50 5G has been floating around the rumor mill for a long time, and now, it has been spotted on Geekbench. The consumer electronics giant has been doling out budget G-series of smartphones in 2021. The company is currently touting the Moto G60 as its top-end offering. It appears that Motorola is already gearing up to launch a new device.

The upcoming phone will be the latest entrant in the company’s popular mid-range and budget smartphone lineup. In other words, the Motorola G50 5G could hit the store shelves soon. Some notable details about the device have already surfaced online. The phone was certified by TENAA back in March, giving us a glimpse of its awe-inspiring design and key features. The phone had a “Motorola Ibiza” codename, and model number XT2137-2 on the listing.

The Moto G50 5G launch date may be just around the corner. As expected, the phone has appeared on the Geekbench website before launch. This Geekbench listing has revealed some key specifications of the upcoming handset. Interestingly, the model spotted on Geekbench isn’t the same one that was launched in Europe. This device bears a different codename – “Saipan.” It has an MT6833V SoC (Dimensity 700 chip) under the hood. 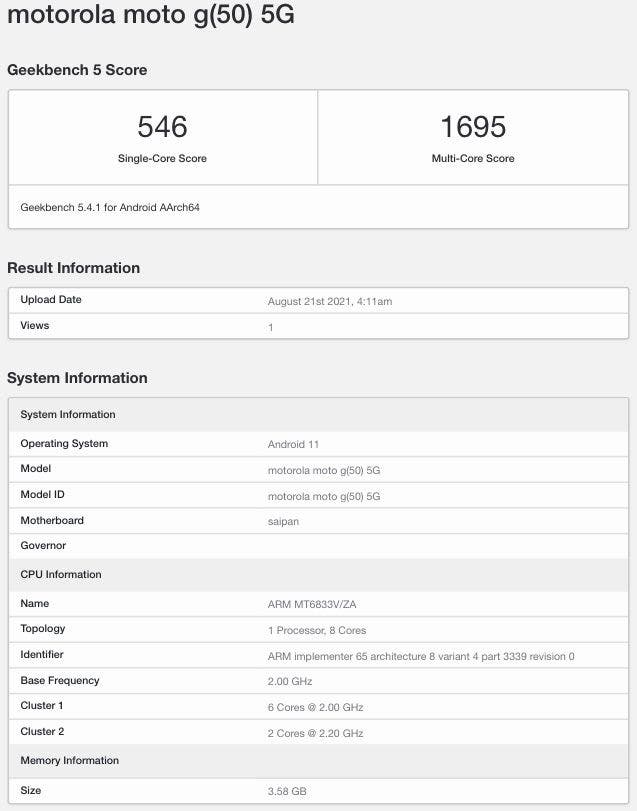 Furthermore, the Geekbench listing suggests that this model will ship with 4GB of RAM and come running on Android 11 OS out of the box. It scored 546 in Geekbench’s single-core test, and 1695 in the website’s multi-core test. The device’s integer score is 535 and 1695, and its floating point score is 531 and 1649. The Geekbench listing also revealed that the device has a crypto score of 773 and 2411, in the single-core and multi-core performance, respectively.

If previously leaked details are anything to go by, the Moto G50 5G will be teeming with awe-inspiring features. According to noted leaker Evan Blass, the G50 5G will adopt a water-drop notch design and have a thick chin bezel. Aside from that, he suggests that the phone will house three rear-mounted cameras with an LED flash. The side will accommodate the fingerprint scanner. 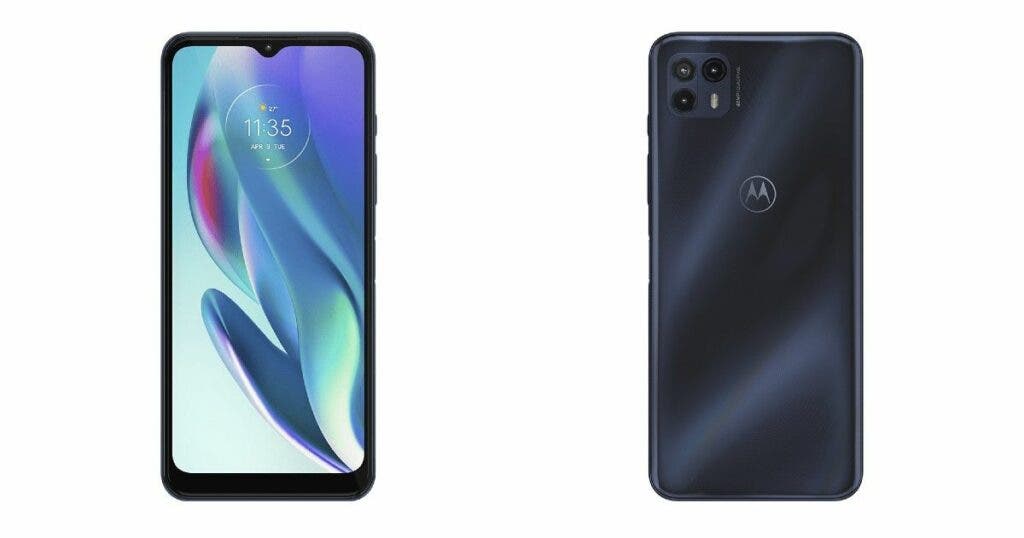 There will be a 48MP main camera, coupled with two more sensors. Regrettably, details about these sensors are still scarce. On top of that, the device will come with a 13MP selfie camera. It will sport a 6.5-inch display with an HD+ resolution (1600×720 pixels). A 4700mAh battery will keep the entire system powered up. It is still unclear whether it will support fast charging.

The company is currently mum on the Moto G50 5G smartphone’s official launch date. However, more shreds of information will surface on the web ahead of the device’s unveiling.