Samsung announced the launch of six limited edition straps for the Galaxy Watch 4. They use recyclable and environmentally friendly materials, including apple skins. The series was produced in collaboration with Sami Miró, a fashion designer who used recyclable materials in her previous series designs. These straps went on sale today, starting at $39.99.

This series of straps includes six designs. “Midnight Black” and “Stratus Sky” straps are 100% made from apple peels recovered from the fruit industry. Samsung claims that this material has the “premium appearance of leather”, but it is not a material obtained from animals. The other four designs (Aurora Night, Cloud Sea, Earth Sunrise and Dawn Atlas) use thermoplastic polyurethane (TPU) material. The South Korean company claims it is recyclable as well. 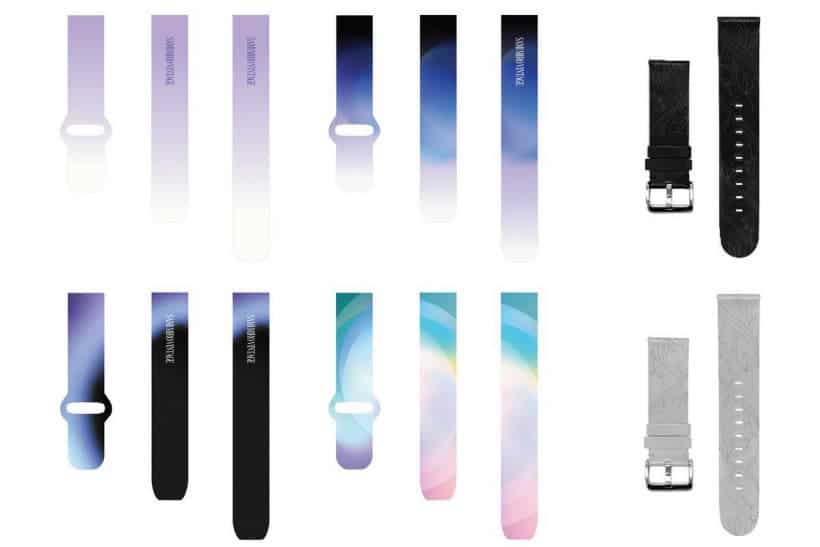 In addition to the straps, Samsung also released three matching free watch dial series. Users can download them from the Google Play store.

Samsung has used sustainable materials in its packaging. As of last year, 100% of its factories in the United States, China and Europe were using renewable energy. Interestingly, the South Korea and other regions were not using this kind of energy. But Samsung said it’s working hard. However, Samsung still has a lot of work to do in reducing the environmental impact of its equipment itself, especially when it comes to maintainability. 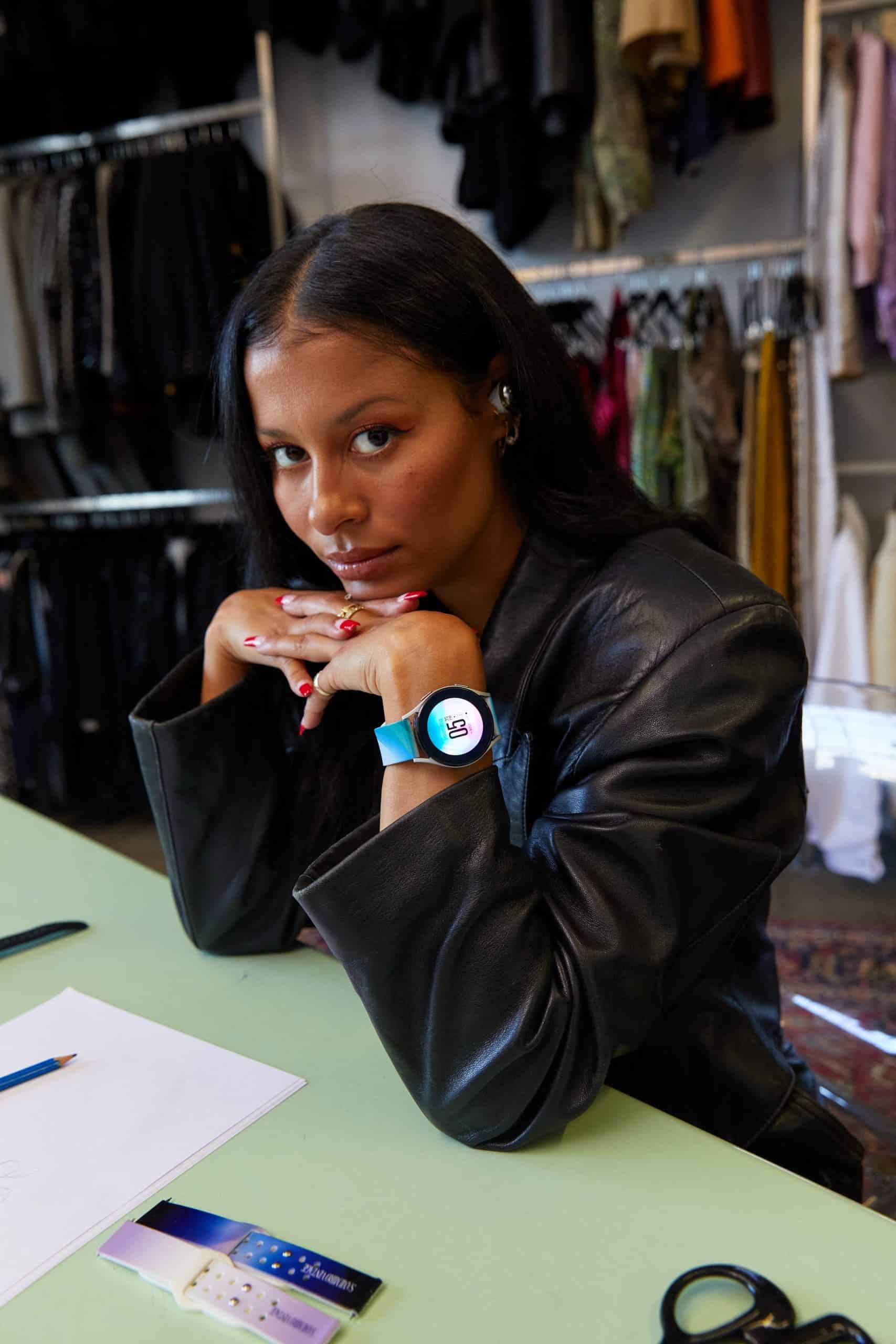 As for the designer, Sami Miró has become popular due to using upcycled materials to start Sami Miró Vintage. Since then, she has become one of the frontline fighters for eco-conscience fashion. In fact, she took the lead in showing the fashion industry what it means to manage a business rooted in sustainability. So at the moment, she has a large list of so-called A-clients. They regularly spot with iconic SMV pieces from season to season.

Like her other works, Miró said that she designed the Galaxy Watch 4 collection with every person and occasion in mind. “The colors Stratus Sky, Cloud Navy, and Midnight Black can translate from day to night while the Aurora Night and Dawn Atlas have gem hues and are perfect for when you are in the mood for a pop of color,” said Sami Miró, founder of Sami Miró Vintage. “I am proud that we sourced sustainable materials for the entire collection. My designs were inspired by the beauty of our planet. And I want the collection to serve as a reminder to stay mindful and connected to the Earth.”