Gionee is gearing up to launch a new Android tablet pretty soon. The new slate will carry the Gionee M61 moniker and will feature entry-level specifications. For those unaware, Gionee was a popular Chinese smartphone maker a few years ago. It was also one of the first brands to invest in India. However, it failed to keep up the competition and lost its ground in recent years. Since the last year, the company has been pushing new smartphones for the low-end segment, and apparently, the strategy is paying off. Now, the brand is ready to introduce its first tablet in years.

The upcoming Gionee M61 was spotted on the Google Play Console listing and it reveals some key features and specifications. The listing also reveals renders of the new slate. 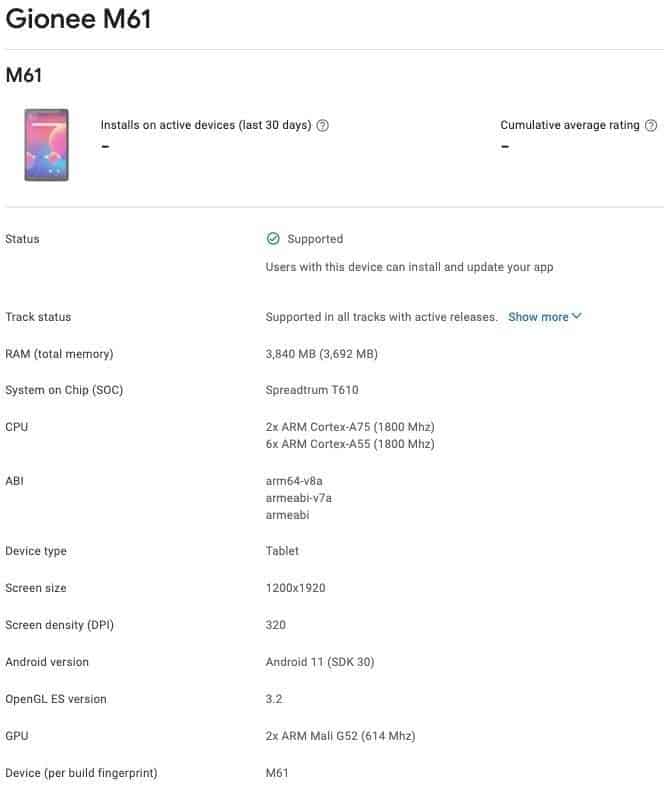 The new tablet passed by Google’s certification and it was enough to reveal interesting details about it. First of all, the device is listed with a Speadtrum T610 processor. For those unaware, Speadtrum was the previous name for Unisoc chips, so we can take this as a Unisoc T610 SoC. This platform carries two ARM Cortex-A75 cores and six ARM Cortex-A55 cores. The listing also reveals that this particular variant is coupled with 4 GB of RAM. Therefore, even if the device is focusing in the low-end segment, it’s good to see that multitasking capabilities won’t be compromised. There aren’t details regarding the storage, but we expect at least 32 GB of Internal Storage. Moreover, the device will likely come with a micro SD card slot for further memory expansion. 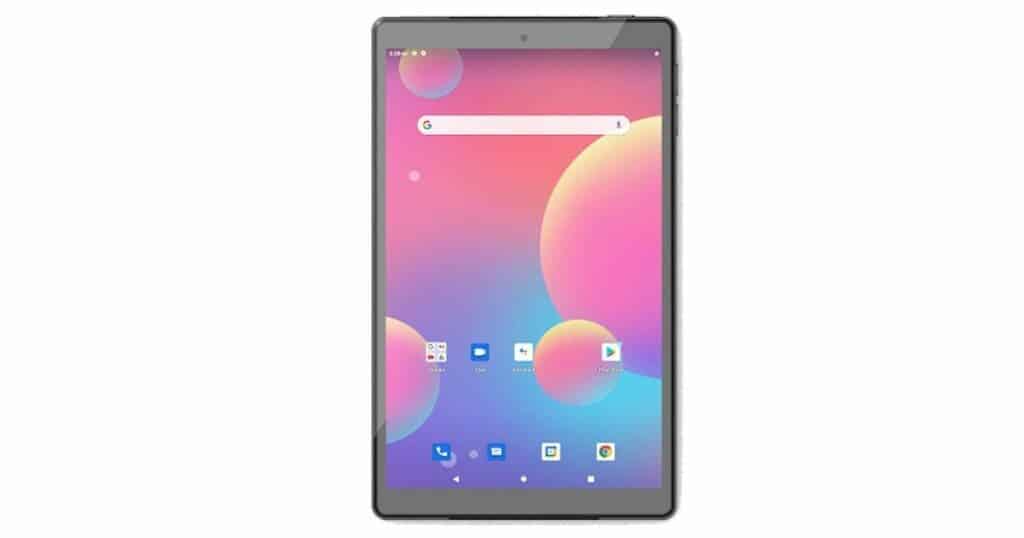 In terms of display, the tablet has a resolution of 1,920 x 1,200 pixels. It further reveals that the screen will come with a screen density of 320. We assume that the tablet will have a display size beyond the 7.2-inch mark. Of course, this is mere speculation. Furthermore, the image listed shows thick bezels all around and this certainly is an LCD panel.

The certification also confirms Android 11 OS which is hardly a surprise, but it’s a bit late now that Android 12 is about to be unveiled. Anyway, it’s an improvement for Gionee which has launched a smartphone last year with Android 7.1.2. Other details spotted through the render are the side-mounted volume controls and an iPad-like power on/off button placed at the top. There is also a selfie camera at the front. For now, there aren’t details regarding camera configuration, battery, and charging.

We expect more details to emerge soon as this certification points out an imminent release.

Next Huawei talks about its plans and advances for 6G