Huawei’s P50 series mobile phones have been released less than three months ago. And as Huawei is banned and the US government pinioned the Chinese tech giant, many people believe that the Mate premium phone series won’t get updated this year. Moreover, the future of this line is blurry. But there are still many fans and ordinary users that believe everything will come to its senses. Recently, David Naranjo, a senior expert from DSCC, a screen supply chain analysis agency, shared a new document, pointing out that the Huawei Mate 50 Pro is still planned to be available in the fourth quarter of this year. Moreover, the phone is scheduled to hit the market as soon as October. 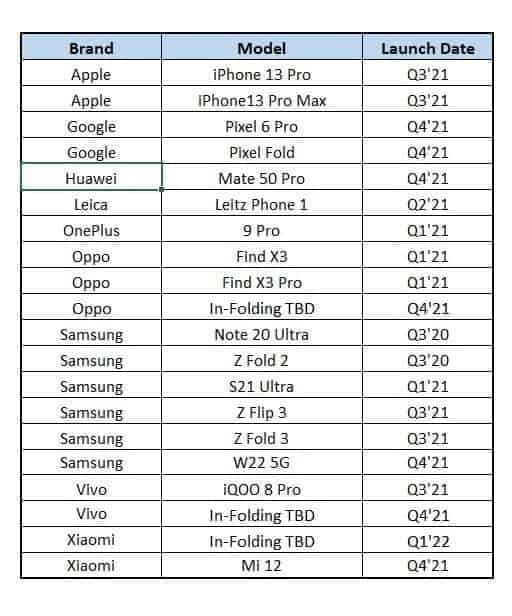 David has shared a roadmap consisting of 20 models. They all have one thing in common, that is, they all support a 120Hz refresh rate display. As you can see, the list also includes the Huawei Mate 50 Pro, which is quite shocking. Moreover, David also guesses that the Huawei Mate 50 Pro could come at a Huawei event in October. 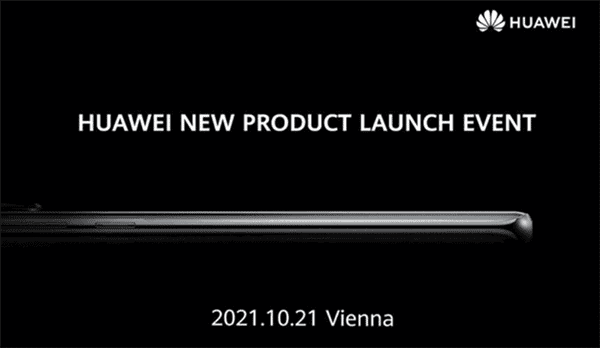 Prior to this, we saw a poster showing that Huawei will hold a new product launch conference on October 21 in Vienna Austria. In the poster, we also saw a new smartphone. At that time, we were thinking that the phone is either the international version of the Huawei P50 or the international version of the Huawei Nova 9. But now, there are guess that we are dealing with the upcoming Huawei Mate 50.

By the way, the Huawei Nova 9 will be announced in China on September 23.

What We Know About Huawei Mate 50

While Huawei plans to release the Huawei Mate 50 smartphones with a 5G support, there are more rumors concerning its 4G variants. The new smartphones will also come with both Qualcomm’s Snapdragon processor and Huawei’s own Kirin chipset. That’s not difficult to guess that the Snapdragon processors will appear on the 4G versions while the 5G models will use the Kirin chips. But this could become a bad game for the company.  We mean that if in 2021 having a flagship without 5G is underwhelming, it may even more disappointing in 2022. But Huawei does not have much choice as the ban restricts it from having global 5G.

However, at the moment, we can’t say much about the Huawei Mate 50 Pro. But we should recall a previous rendering showing a double-circular quad-camera inside the circular module. Lastly, the company has already tested the first version of the engineering prototype. Generally, Huawei’s testing process takes at least 6 months.

Huawei Mate 50 will be available in August or September