Chinese smartphone giant Realme is known for offering multiple devices spread across different price segments, with the company being one of the handful to take on Xiaomi, the biggest player in the budget segment in India.

Now, according to RealmeTimes, in collaboration with popular tipster Gadgetsdata, the company is gearing up to launch the Realme Brick Bluetooth Speaker in the country. Here’s everything we know about this upcoming bluetooth speaker.

What Can We Expect from the Realme Brick Bluetooth Speaker? 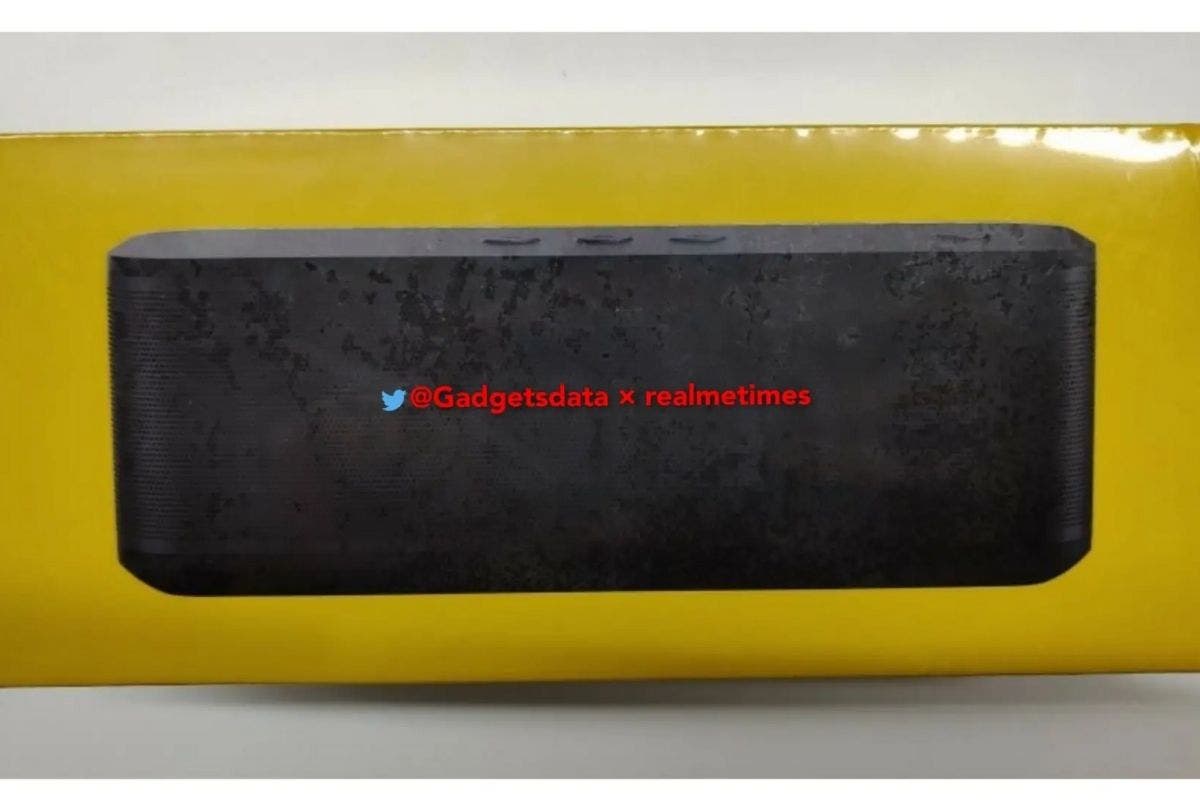 The publication reveals a few images of the Realme Brick Bluetooth Speaker, with the images and the naming clearly hinting at a boxy-brick like shape. The speaker will come with a Dynamic Driver, which is aided by extra bass radiators to allow for deeper bass.

The speaker has a sound output of 20W and will come with support for stereo pairing. Realme will also pack in three equalizer settings for the speaker, with Bass, Dynamic and Bright being the possible settings. The images on offer reveal three buttons to the top, which are likely for power and volume related controls.

In addition to all of this, the Brick Bluetooth Speaker will supposedly come with an IPX5 rating for water resistance, protecting the speaker from accidental splashes.

The speaker will offer around 14 hours of playback time according to the leaker, but the battery capacity is unknown as of know. Users can charge the Realme Brick Bluetooth Speaker via a USB Type-C port, with both iOS and Android via Realme’s Link App.

Finally, the tipster mentions that the speaker is coming to India soon, with the first half of October a likely launch date. No pricing related tips are available as of now.

What Else is Realme Working On?

In other Realme news, the company could be on the verge of unveiling its much-awaited GT Neo2 smartphone in India, but the company is still mum on the exact launch date of the handset. A teaser page of the upcoming smartphone has gone live on Realme’s official website.

As expected, the teaser page gives us a glimpse of the device’s key specifications. As if that weren’t enough, Realme India CEO Madhav Sheth has confirmed that the GT Neo2 will launch in the country with a Snapdragon 870 chip soon.