Oppo foldable phone specifications have surfaced online ahead of the device’s official unveiling, and it could rival the Galaxy Z Fold3. The Chinese smartphone manufacturer’s foldable handset is likely to launch in the next few months. If rumors making the rounds on the internet prove to be true, the impending foldable phone could lock horns with Samsung’s Galaxy Z Fold3. As expected, the Oppo foldable phone has been subject to all sorts of speculations and multiple leaks.

Earlier this month, some leaked patent suggested that Oppo’s upcoming foldable device will come with an inwardly folding flexible display. Foldable phones usually sport an outward folding display. Aside from that, the patent showcased a hinge design that is similar to the Microsoft Surface Duo. This slightly wider hinge improves the foldability of the smartphone and minimizes the screen crease. Now, more details about the Oppo foldable phone’s specification have leaked.

The latest leak comes from noted Weibo leaker Digital Chat Station. The tipster has revealed nearly all details about the upcoming foldable phone to 91mobiles. These include the camera configuration, chipset, and the phone’s display. Digital Chat Station claims that the phone will sport a mammoth display between 7.8 inches to 8 inches. In other words, it will feature a bigger display than the Galaxy Z Fold3. 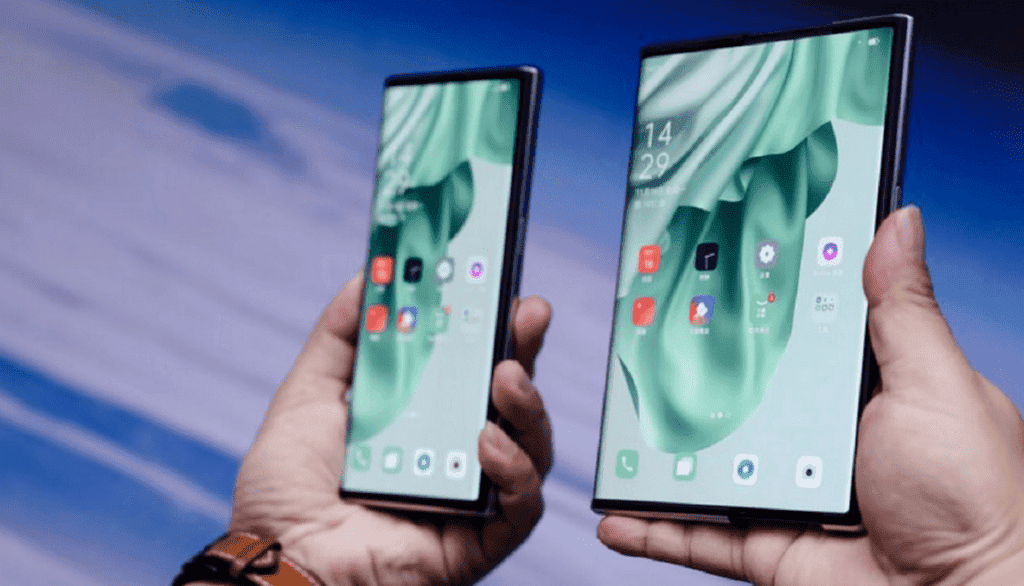 Furthermore, the Oppo foldable phone’s display panel is likely to be an OLED. To recall, the display panel on the Galaxy Z Fold3 is OLED as well. Under the hood, the foldable device could pack the flagship-level Snapdragon 888 chipset. In the optics department, the phone could house a 50MP IMX 766 sensor. Upfront, it is likely to feature a 32MP shooter for selfies and video calls.

The Oppo foldable phone has been floating around the rumor mill lately. The device is tipped to come with a side-mounted fingerprint sensor. Aside from that, it could run Android 11 OS with ColorOS 12 on top. Moreover, the handset could hit the store shelves sometime this year, according to a report from Android Authority. However, there’s no official word on the phone’s launch date or availability at the moment.

Earlier this year, the rumor mill churned out speculations suggesting that Oppo and Google would be making their forays into the foldable segment in 2021. The search engine giant is reportedly gearing up to unveil its first foldable smartphone this month at the Pixel 6 series launch event. However, it is still unclear whether the device will go on sale this month. Aside from that, Google will be unveiling the Android 12.1 with some notable adjustments for the foldable smartphones.

Next OnePlus 9RT Price In India Revealed, To Be Priced Similar To OnePlus 8T