Oppo Foldable Phone could launch as early as next month, much to the delight of those waiting to get their hands on the company’s first foldable smartphone. As expected, the upcoming foldable handset has been subject to several leaks and speculations. Earlier this week, key specifications of the Oppo Foldable Phone were spotted online. These specifications suggest that the phone can compete with the likes of the Huawei Mate X2, Galaxy Z Fold3, and Z Flip3 foldable handsets from Samsung.

Noted tipster Digital Chat Station shared a post on Weibo a few days back with details about the phone’s charging capability. However, Oppo has neither confirmed nor denied these speculations. Despite the lack of an official confirmation, more shreds of information about the Oppo Foldable Phone continue to surface online. A piece of fresh information sheds light on the possible launch timeline of Oppo’s first-ever foldable handset.

A Chinese tipster on Weibo claims that Oppo is gearing up to unveil its first foldable phone in November. The upcoming foldable device has been floating around the rumor mill for a long time. However, it is still unclear whether it will carry the Oppo Fold or Oppo Foldable Phone moniker. Furthermore, the official launch date of the foldable phone is still a mystery.

Earlier leaks have divulged some key specifications of the Oppo Foldable Phone ahead of the launch. The device will reportedly adopt an inward folding design. In other words, it will draw inspiration from the Huawei Mate X2 and Galaxy Z Fold3 as far as its outward appearance is concerned. Furthermore, the handset is tipped to sport an 8-inch LTPO OLED display with a 120W refresh rate. Aside from that, the foldable phone could pack an octa-core Snapdragon 888 SoC under the hood. The device will reportedly run Android 11 out of the box. 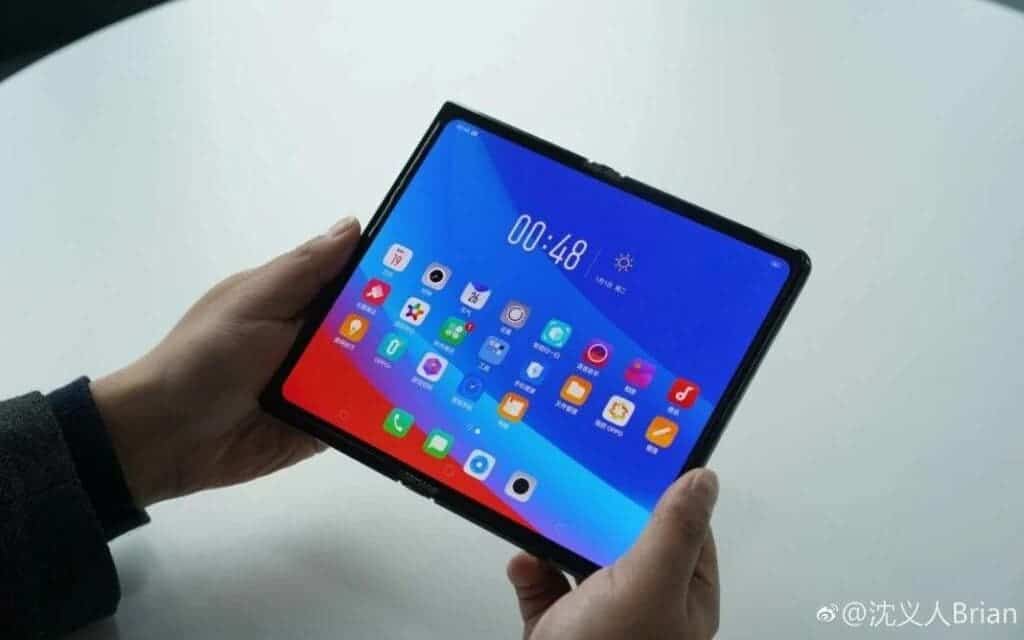 On the photography front, the Oppo Foldable Phone could house a 50MP Sony IMX766 main camera in its rear-mounted camera module. Upfront, the phone is likely to come with a 32MP shooter for selfies and video calling. The fingerprint sensor on the side edge offers additional security. According to previous leaks, the phone will draw its juices from a 4500mAh battery. The rest of the details of the handset are still few and far between.