Just past midnight, three Chinese astronauts lifted off on the Shenzhou-13 spacecraft. Undoubtedly, this is a major step for the country’s young space program. And we should say that it is rapidly becoming one of the world’s most advanced. At present, the three astronauts of Shenzhou 13 have completed the piercing and entered the Tianhe space station core module. So they are the second batch of astronauts to enter the Chinese space station. To celebrate the successful launch of the Shenzhou 13 manned spacecraft, Nubia today launched an aerospace commemorative suit for the Tencent Red Magic 6S Pro gaming phone. 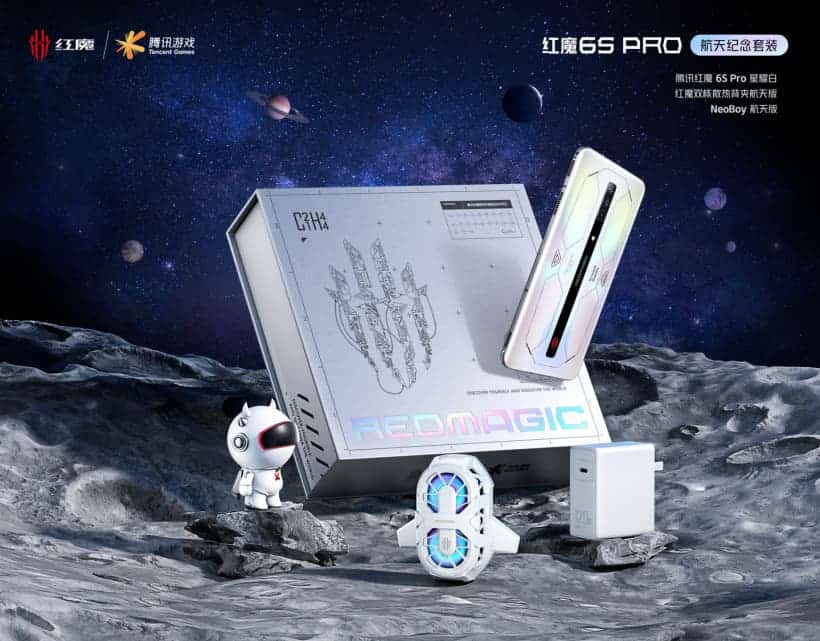 The packaging box of the aerospace commemorative suit is designed with silver and white colors. The Red Magic logo and “REDMAGIC” laser texts are on the front. Plus, there is also the Tencent Red Magic 6S Pro gaming phone’s shining white color version. In the box, besides the phone itself, there is the Red Magic dual-core cooling back clip aerospace version as well as the white version of the 120W GaN charger. 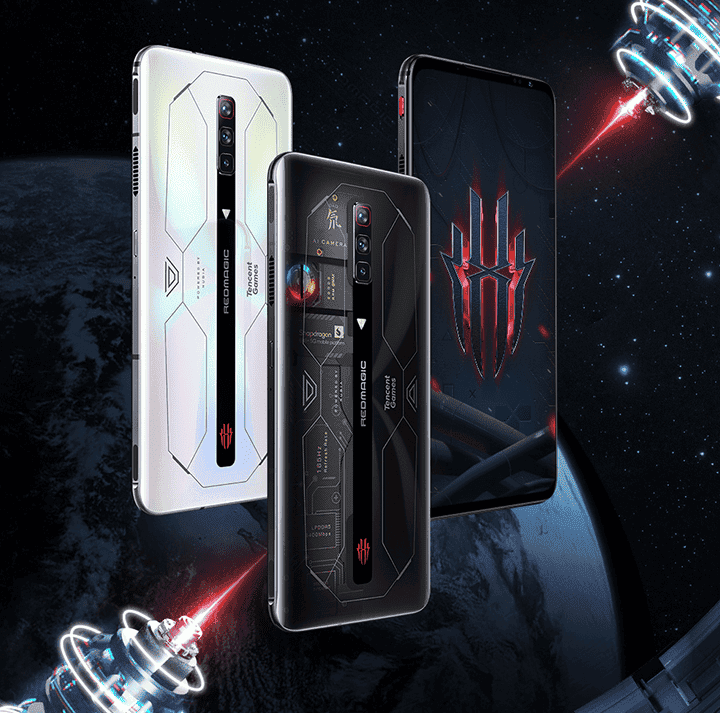 The Red Magic 6S Pro in the gift box is consistent with the regular version. The front carries a 6.8-inch 165Hz ultra-competitive screen, and the multi-finger touch sampling rate is upgraded to 720Hz. 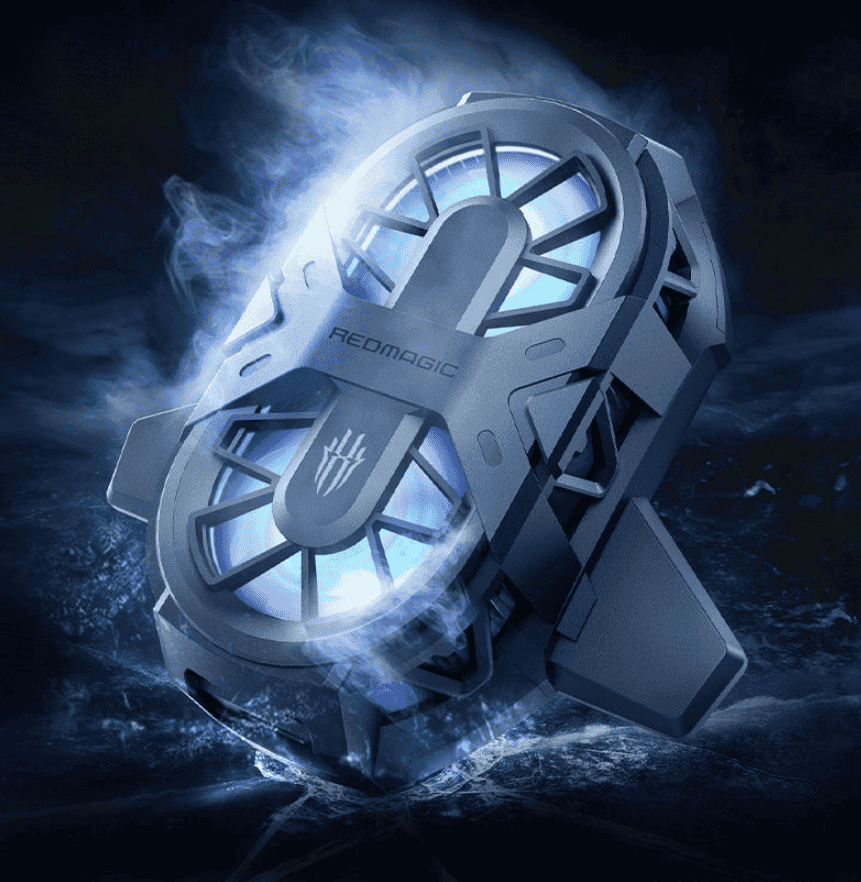 At the same time, it is the first time that the machine uses the Magic GPU 1.0 of Display Black Technology. It has been tested by the Red Magic Lab: the frame rate stability has been increased by 60%, the seventh-generation screen fingerprint and the recognition response speed are much faster, and it supports heart rate detection. 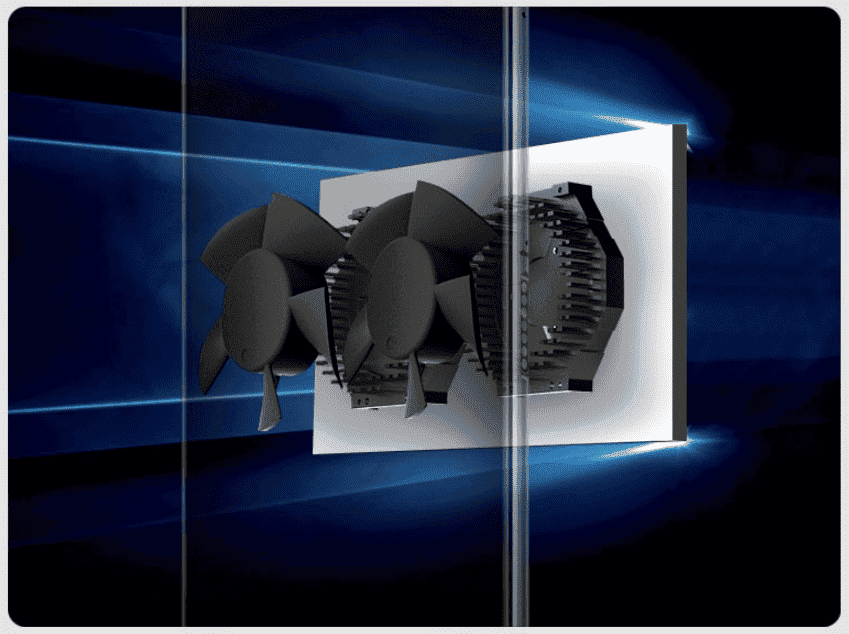 As for the key features, the Tencent Red Magic 6S Pro gaming phone’s aerospace version sports the Qualcomm Snapdragon 888 Plus flagship processor. But such a powerful phone also needs great cooling. So the phone comes with the newly upgraded ICE 7.0 nine-layer multi-dimensional cooling system. The built-in fan speed is up to 20,000 rpm. The system adopts aerospace-grade phase change heat-dissipating material n-21H44 (C21H44). The latter can control the temperature rise steadily, and bid farewell to the down-frequency stuttering.

The built-in battery has a 4500mAh capacity and supports the industry’s fastest 120W charging. Due to the latter, its battery can reach 100% of power in 17 minutes. At the same time, it adopts an all-pole-ear battery cell design + charging separation technology. This can effectively control the temperature rise.

In addition, the right side of the phone hosts dual-touch shoulder buttons for easy operation.

There is still no information concerning its price, but for reference, the 12GB+128GB version is 4399 yuan ($).

Next Amazon To Launch More Self-Develop Chips In Future