In just two days, the Xiaomi-related Black Shark brand will unleash its next gaming smartphone in face of the Black Shark 4S. As there are only a couple of days left, the company is actively promoting it.

Prior to this, we knew that the phone will sport the latest Qualcomm Snapdragon 888 Plus flagship processor. Today, the company announced that our protagonist will have a dual-disk array 2.0 design, will support double acceleration for UFS and SSD writing, and will greatly improve the read and write performance.

The phone’s chip is the overclocked version of the vanilla Snapdragon 888. Its large core’s fastest speed reaches 3GHz. As a reference, the Snapdragon 888 has a frequency of 2.84GHz. This phone will also get a 20% increase in terms of artificial intelligence performance. 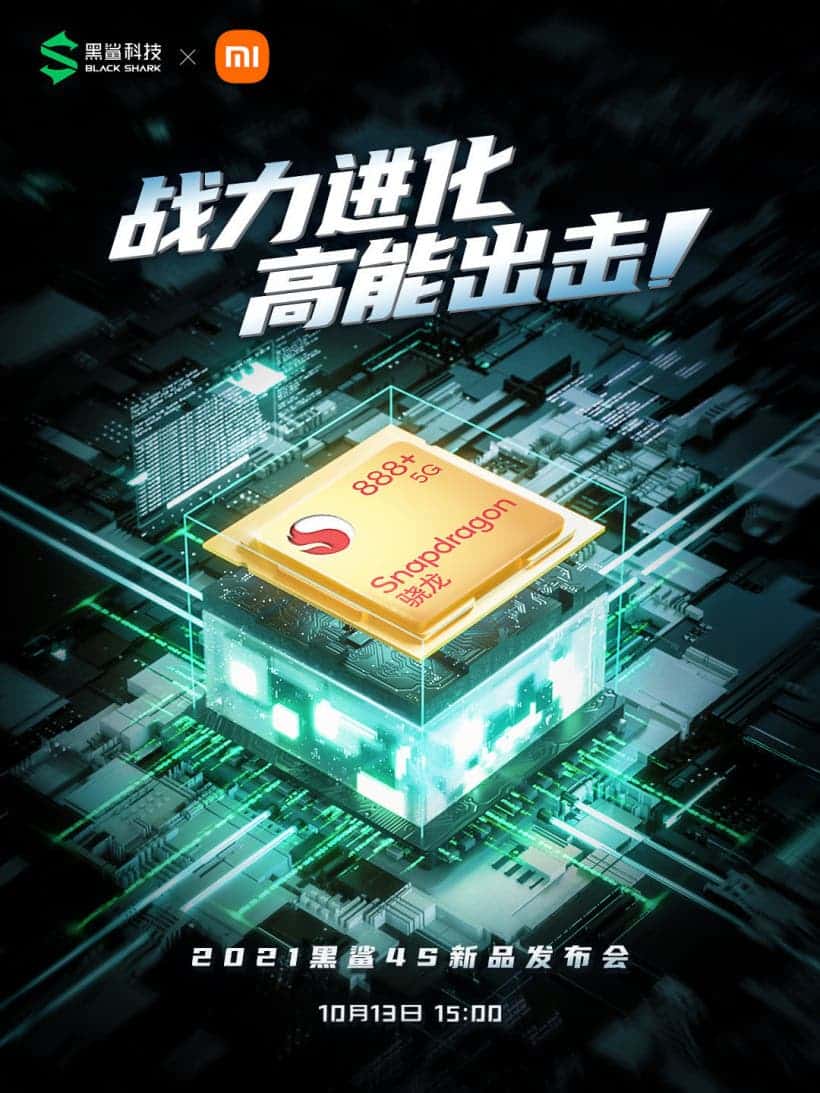 In comparison to the previous Black Shark 4, the performance upgrade is obvious. The previous model came with the Snapdragon 870. 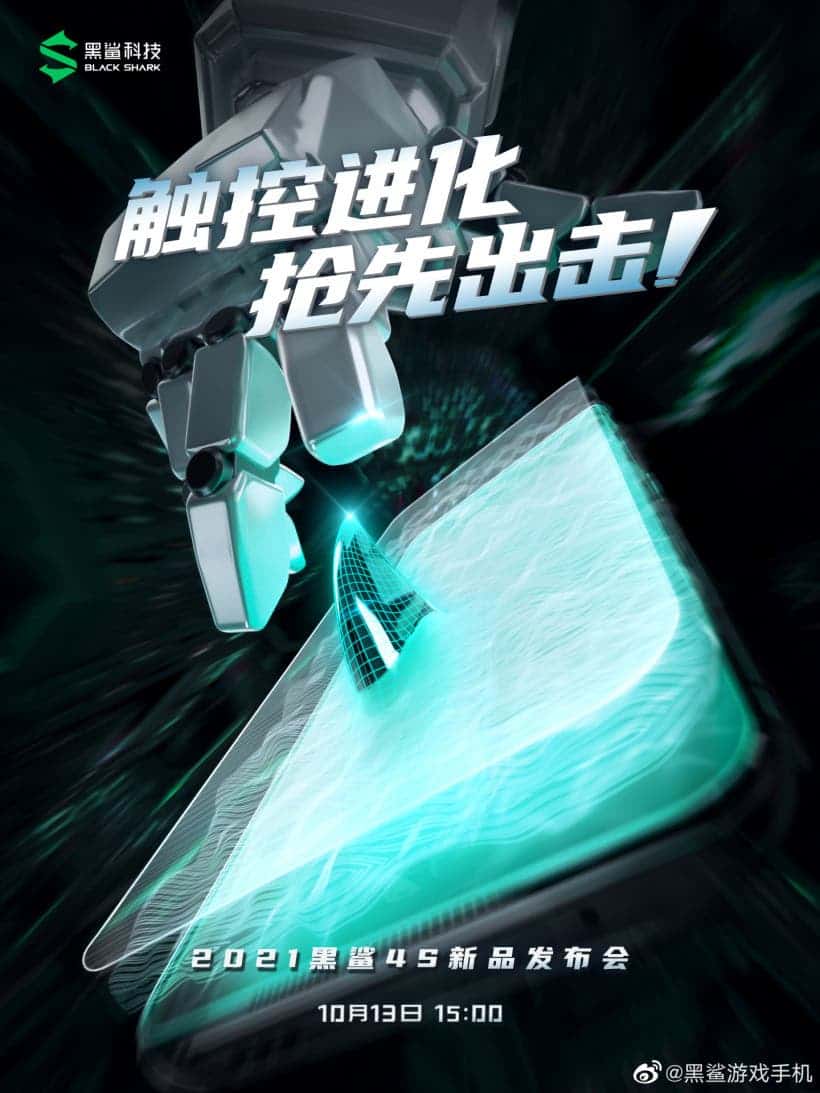 In other aspects, the machine will support 120W fast charging. Other than that, on the front, the Black Shark 4S will carry a 6.67-inch Samsung AMOLED straight screen, which uses an E4 luminescent material, has a 144Hz ultra-high refresh rate, a 720Hz multi-finger touch sampling rate, and supports for dynamic hidden bangs.

It is worth mentioning that the company has released posters showing the phone’s actual look long ago. From the poster, we learned that this phone will be available in gray and white colors. Also, the back cover will be embellished with stripes full of science fiction. The back cover of this phone uses nano-lithography technology, with vaguely vertical stripes. So the surface shows light and shadow effects according to the light changes. 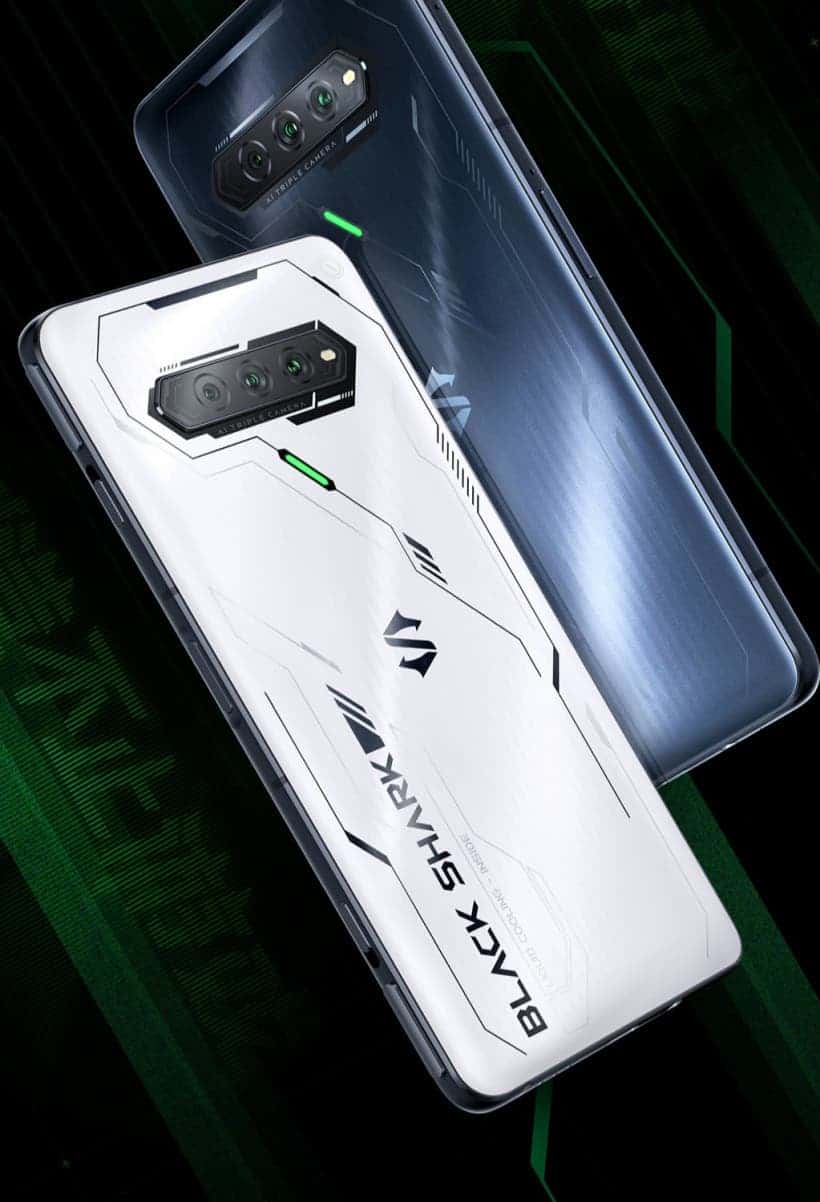 Also, the handset adopts a hexagonal-shaped camera housing that packs a triple-camera setup and retractable shoulder buttons. (We don’t think its camera will be something that can compete with traditional flagship phones.) There is now a big Black Shark logo written on the back of the phone and right below the camera housing is a small green LED. So we can state that, unlike the previous models that have had a more traditional appearance, this series looks more like a gaming handset.