If looking at the previous years’ practice, Samsung should launch a new generation of Galaxy Note series flagship in August/September. But we guess you know that the Note series has been considered as this year’s weakest link. So due to various reasons, most likely, it will be canceled. Moreover, its future is in danger. As there are other smartphones that come with the unique features of the Note smartphones, Samsung sees no reason to keep this line. On the other hand, the Note fans (over 200,000) require Samsung not to cancel the series. Anyway, the Korean company will decide how to act with this line. As for the more important S series, the new models are on the road. And if taking into consideration the fact that the Samsung Galaxy S22 Ultra inherits many features of the Note, there is every reason to think we will bid farewell to it. 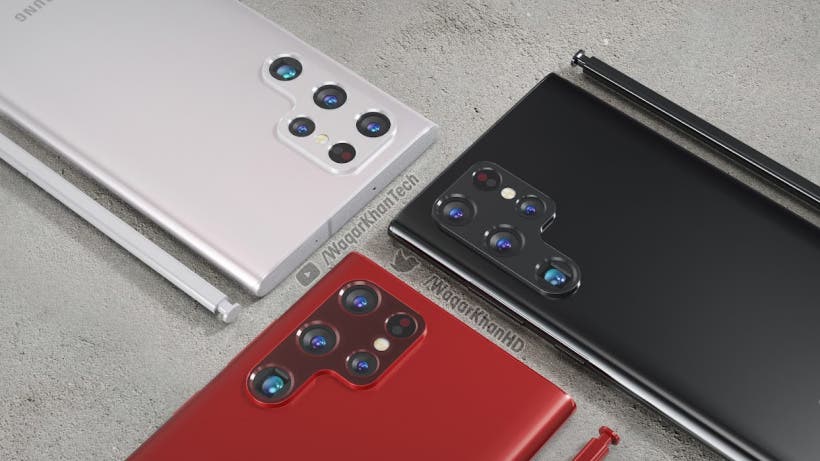 The Samsung Galaxy S22 series has already passed the 3C certification. The latter showed that it still comes with 25W fast charging solution.

Recently, @WaqarKhanHD has released a series of renderings of the Samsung Galaxy S22 Ultra. Looking at them, you will find it quite similar to the Note series. 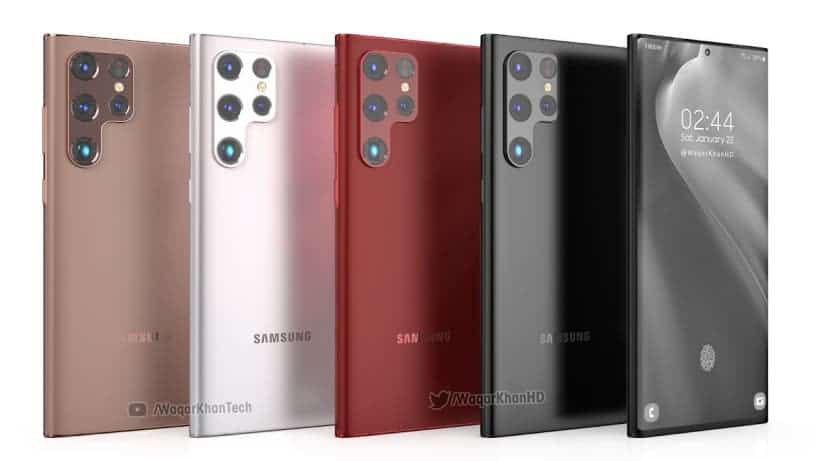 As we can see, the machine is roughly in line with the previous news. The Samsung Galaxy S22 Ultra still uses a centered punch-hole hyperboloid screen similar to the Samsung Galaxy S21. There are many design elements that look identical to the Note series design style, especially this tough line and S Pen. 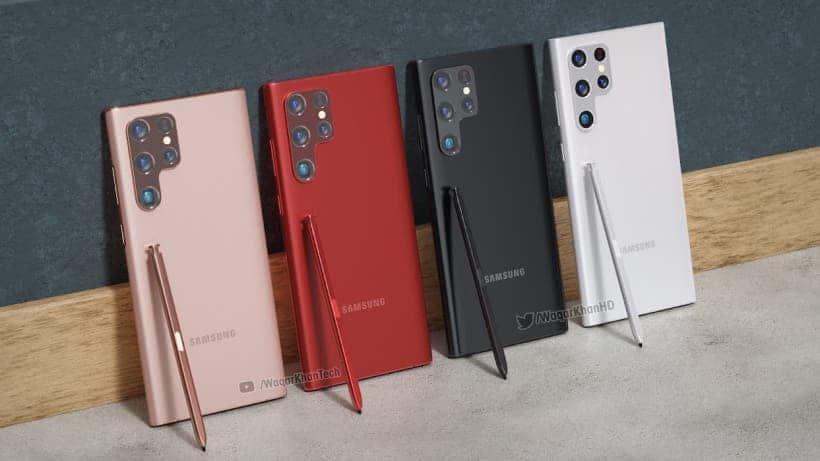 The front camera opening is extremely small, and the upper and lower borders have basically the same width. The visual effect brought by the whole smartphone is like the fusion of S21 and Note 20.

It is worth mentioning that the machine uses an irregular P-shaped rear camera module design, which is highly recognizable. 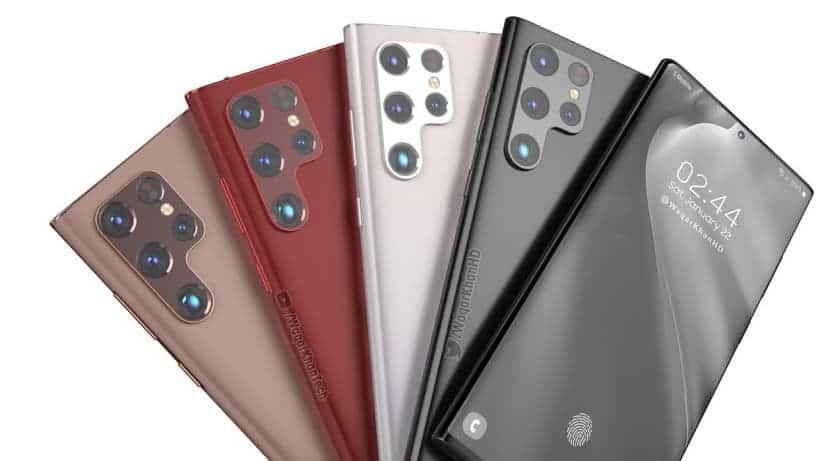 If believing in the previously leaked information, the top version of the Samsung Galaxy S22 will use an LTPO screen. It can achieve an adaptive refresh rate adjustment function of 1-120Hz. Other than that, under the hood, we have a Snapdragon 898 chip or the Samsung Exynos 2200 flagship chip. The latter also supports AMD core display technology.