Chinese manufacturing giant, Huawei, has been releasing the HarmonyOS system for millions of Huawei and Honor devices. At the 2021 Huawei Developer Conference this afternoon, the CEO of Huawei Consumer Business announced that so far, the number of HarmonyOS devices now exceeded 150 million. With these numbers in such a short time, HarmonyOS is now the fastest-growing terminal operating system in history. 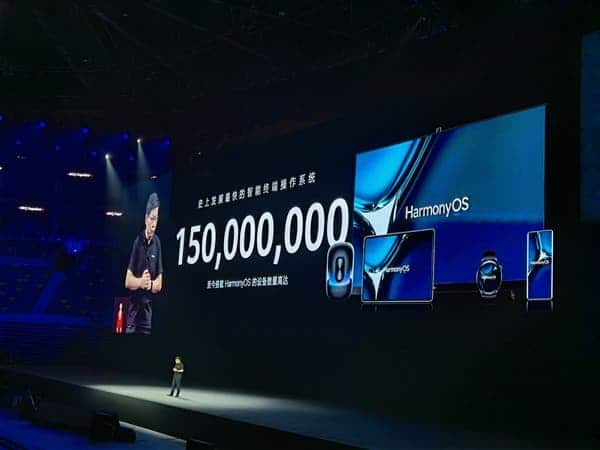 HarmonyOS 2 was released globally at the HarmonyOS launch event on June 2 this year. Since the official release of this system, the company has been releasing the update to multiple devices. As of now, very old Huawei and Honor smartphones and tablets are getting this update. At present, 400+ application and service partners, 1700+ hardware partners, and 1.3 million+ developers have participated in the construction of Harmony’s ecology, and jointly built this “world’s largest interconnected all-scenario smart ecology”.

As of September 13th, HarmonyOS users officially exceeded 100 million. On September 27th, the company announced that HarmonyOS active users have exceeded 120 million users. It is obvious that this system will have well over 300 million users before the end of this year. This upgrade is Huawei’s largest system update in its history. Considering the speed of its upgrade, Huawei has since increased its target for the Harmony system this year. The Chinese manufacturer now hopes to release this system to 400 million devices before the end of the year