Just when we thought that the Samsung Galaxy S21 FE has been canceled, the smartphone’s support page has gone online again. The controversy-plagued Galaxy S21 FE was previously tipped to launch in January 2022. Despite rumors about the Galaxy S21 FE’s death making the rounds online, the handset appeared on the FCC certification website. The phone’s FCC listing debunked all speculations surrounding the Galaxy S21 FE’s cancelation.

In August, the South Korean tech company unveiled its Galaxy Z Fold3 and the Galaxy Z Flip3 foldable handsets. After that, the Galaxy S21 FE became the most talked-about Samsung smartphone. Taking to its official Instagram account, earlier this year, Samsung accidentally shared a post showing the Galaxy S21 FE, as reported by 9To5Google. Aside from that, the Samsung Galaxy S21 FE support page went live, further hinting at the phone’s imminent launch. Regrettably, the support page, as well as the Instagram post were taken down ahead of the rumored launch date.

With Samsung attempting to eliminate pieces of evidence of the S21 FE’s existence, the rumor mill began churning out speculations surrounding its cancelation. The word on the street was that Samsung decided to ditch the smartphone citing a skyrocketing demand for its foldable smartphones. However, it seems that the company might have changed its decision about ditching the Galaxy S21 Fan Edition smartphone. The Samsung Galaxy S21 FE support page is back online on Samsung’s official website. 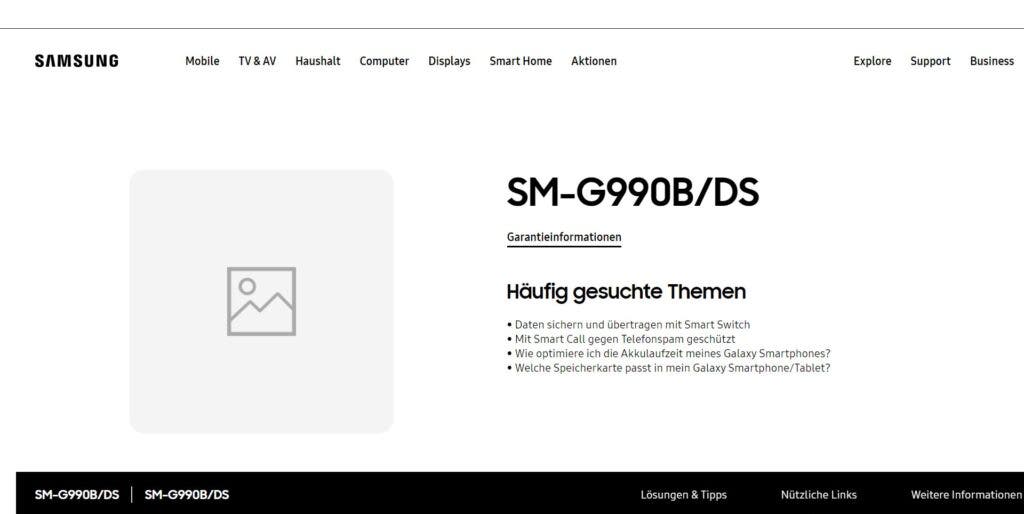 However, the support page does not divulge any information about the upcoming smartphone, aside from its model number, which is SM-G990B. It is still unclear whether this implies that Samsung is gearing up to launch the Galaxy S21 FE soon. Nevertheless, the support page going live again suggest that the phone could go official soon. However, readers should take this speculation with a grain of salt, nothing Samsung has not confirmed that it will launch the Galaxy S21 FE. Also, this aligns with rumors about the Galaxy S21 FE’s launch in December 2021 or January 2022.

As mentioned, the Galaxy S21 FE has been floating around the rumor mill for a long time. Previously surfaced reports suggest that the upcoming phone will draw inspiration from the S21 and S21+ smartphones for its design. It is likely to sport a flat display with a hole-punch cutout that will house a selfie camera. Furthermore, it is likely to come with a 6.5-inch display, encompassed by thin bezels. Aside from that, the phone is likely to use an AMOLED display that delivers a high refresh rate of 120Hz.

In the optics department, the Galaxy S21 FE could house three rear-mounted cameras. These include a 12MP main camera. Under the hood, the phone could pack a Snapdragon 888 SoC. It is likely to draw its juices from a 4500 mAh battery. Some reports claim that Samsung could unveil the Galaxy S21 FE alongside Galaxy S22 series in December this year, or January 2022. However, Samsung is still mum on its plan to unveil the long-rumored handset.