Realme is OPPO’s sub-brand. It’s a core part of the company’s dual-brand strategy. Like other Chinese brands, OPPO and Realme fight for the highest places in the smartphone market (and not only). Also, like many other brands, Realme is focusing on cost-effective models, while OPPO carries all the weights. However, today, at the China Mobile Global Partner Conference, Xu Qi, the Realme executive said that Realme will enter the high-end smartphone market. Moreover, he disclosed that product prices will reach the 5,000-yuan ($781) price range.

According to the Realme exec, the first high-end new products will be launched early next year. However, Xu Qi did not disclose specific information.

Not surprisingly, Realme has become the next smartphone brand that has publicly announced its entry into the high-end market after Xiaomi, OPPO, and VIVO.

Prior to this, all three have already released flagship phones with prices above 5,000 yuan, hoping to fill the gap in the market left by Huawei. In some sense, they succeeded. Especially, this is true for Xiaomi. With the launch of the Xiaomi Mi 10in early 2020, the company could win customers’ hearts and successfully enter the niche. According to various data, in May 2020, the global sales of Xiaomi Mi 10 series mobile phones exceeded 1 million units.

At present, the latest two mobile phones of the Realme brand are Realme GT Neo2T and Realme Q3s.

Under the hood, the phone carries a Dimensity 1200 chipset. There are two options of 8GB or 12GB of RAM.

Realme is also gearing up to launch a new smartphone under its Q-series this month. The device will carry the Realme Q3s moniker and pack a Snapdragon 778G under the hood. Other notable features include a 5,000mAh battery and a 144Hz LCD panel. It is still unclear whether the phone will make its debut alongside the GT Neo2T tomorrow. 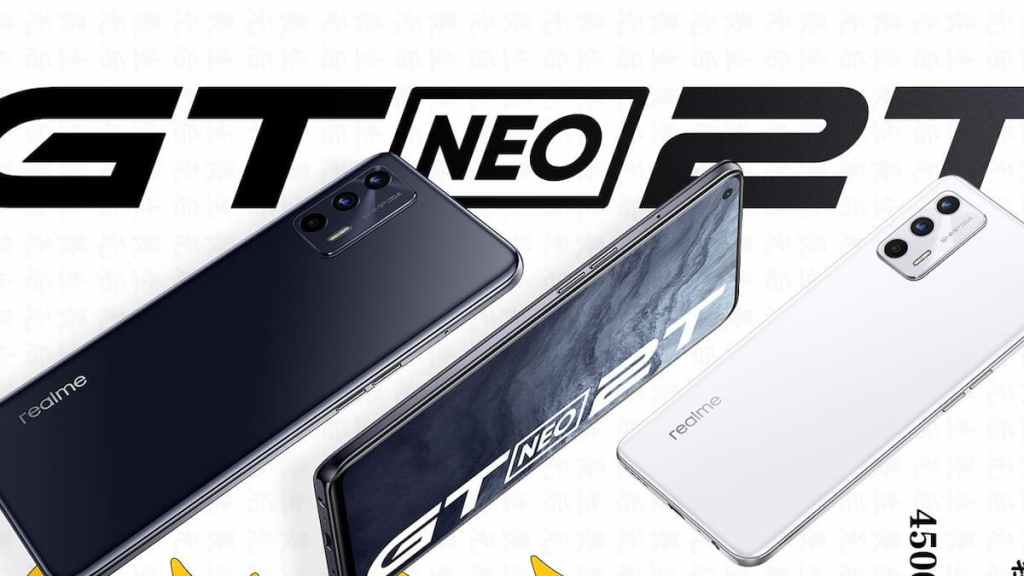 Inside, we can also find a 5000mAh battery, which supports 30W fast charging. The smartphone is running the Android 11 operating system with the Realme UI 2.0 shell.