In October, the Google Pixel 6 and Pixel 6 Pro came out – the new generation of flagships turned out to be controversial and cool at the same time. Unfortunately, the launch of new products is accompanied by criticism. There are questions about the quality of the screen and the speed of fast charging, but for some, the responsiveness of the fingerprint scanner has become a headache.

A number of users complain that the on-screen fingerprint sensor slows down and fails. The joy of migrating the biometric sensor from the back to the screen gave way to disappointment. While the old Pixel devices came with a traditional fingerprint scanner, the authentification was instant, the Pixel 6 and Pixel 6 Pro look loosing against their background, the scanner’s responsiveness leaves much to be desired. 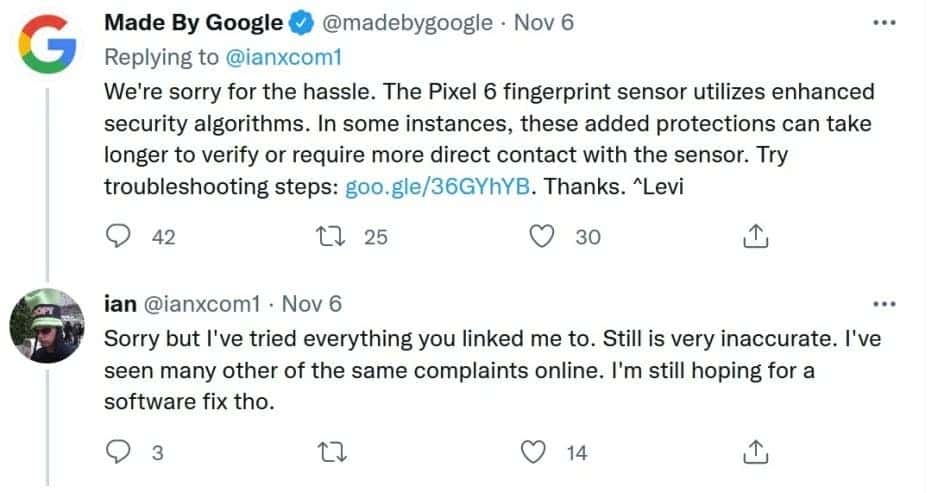 One of the users complained about the Google Pixel 6 fingerprint scanner on the company’s blog, saying that he was happy with the smartphone, but the malfunctions and speed of the sensor spoil the overall impression of the device. Google decided to respond to this speech and responded to it.

It began by apologizing for the inconvenience. It announced that it had used advanced security algorithms in the operation of the fingerprint sensor. This is why fingerprint identification and verification may take longer. In other words, the company is trying to convince that the slow operation of the biometric sensor is the norm and that this is the price for the increased level of security. And this means that there is a high probability that you should not count on improving the performance of the scanner programmatically. 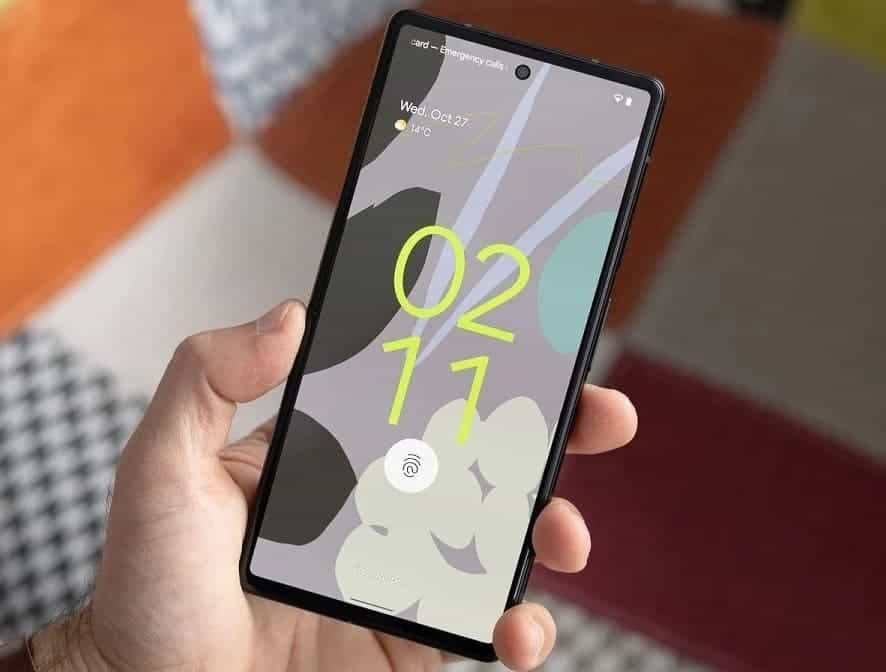 With the release of the Pixel 6 and Pixel 6 Pro, Google boasted the ability to quickly charge smartphones. According to the manufacturer, the $25 30-watt charger; which is not included with the Pixel 6, charges the phone’s battery by 50% in just 30 minutes. But, according to Android Authority, Google’s claims are misleading consumers.

After testing the 30-watt charger, journalists found that the Pixel 6 does not fully use its capabilities; the maximum power in reality does not exceed 22 watts. It took approximately 111 minutes to fully charge the 6 Pro’s 5000mAh battery; with Adaptive Charging and Adaptive Battery turned off. Google did not deceive: it takes 31 minutes to reach the 50% mark, but it takes much longer to charge the other half of the battery.

In reality, at 75%, the charging power drops to 12 W, and when the battery is almost fully charged; this figure drops to 2.5 W – the last 15% takes a whole hour. It is normal for the charging rate to drop over time; as it helps prevent overheating and damage to the battery. But the 2.5 W mark still looks unusual.

Next Will the Moto Edge X win the Snapdragon 898 race over the Xiaomi 12?