The third quarter of this year was a good one for Honor. It was able to return to the previous level of sales and improved its position in the market. The company owes its return to the Honor 50 line, which it introduced in China in the summer and only entered the global market at the end of October.

The company does not intend to slow down and is already preparing for the release of the Honor 60 series. Insiders were the first to talk about it, and now Honor itself has confirmed it. The company has posted on the network a teaser that hints at the announcement of Honor 60. At the same time, they showed an image of a smartphone that looks very similar to the Honor 50. The main camera received an oval platform that accommodates two circles with image sensors.

Perhaps the upcoming Honor 60 will look different and the promo poster symbolizes goodbye to the past design. Logically, it is too early for the announcement of the Honor 60, and taking into account the past years, the company must first update the Honor V series. What meaning the manufacturer actually put into the promo poster, we will find out later.

According to the insider summary, the new series will be released in December and will include Honor 60, Honor 60 Pro and Honor 60 SE models. The first two devices will get 66W fast charging, while the last one will get 40W. This is the only information that we managed to get out about new products thanks to their certification in the Chinese 3C center. 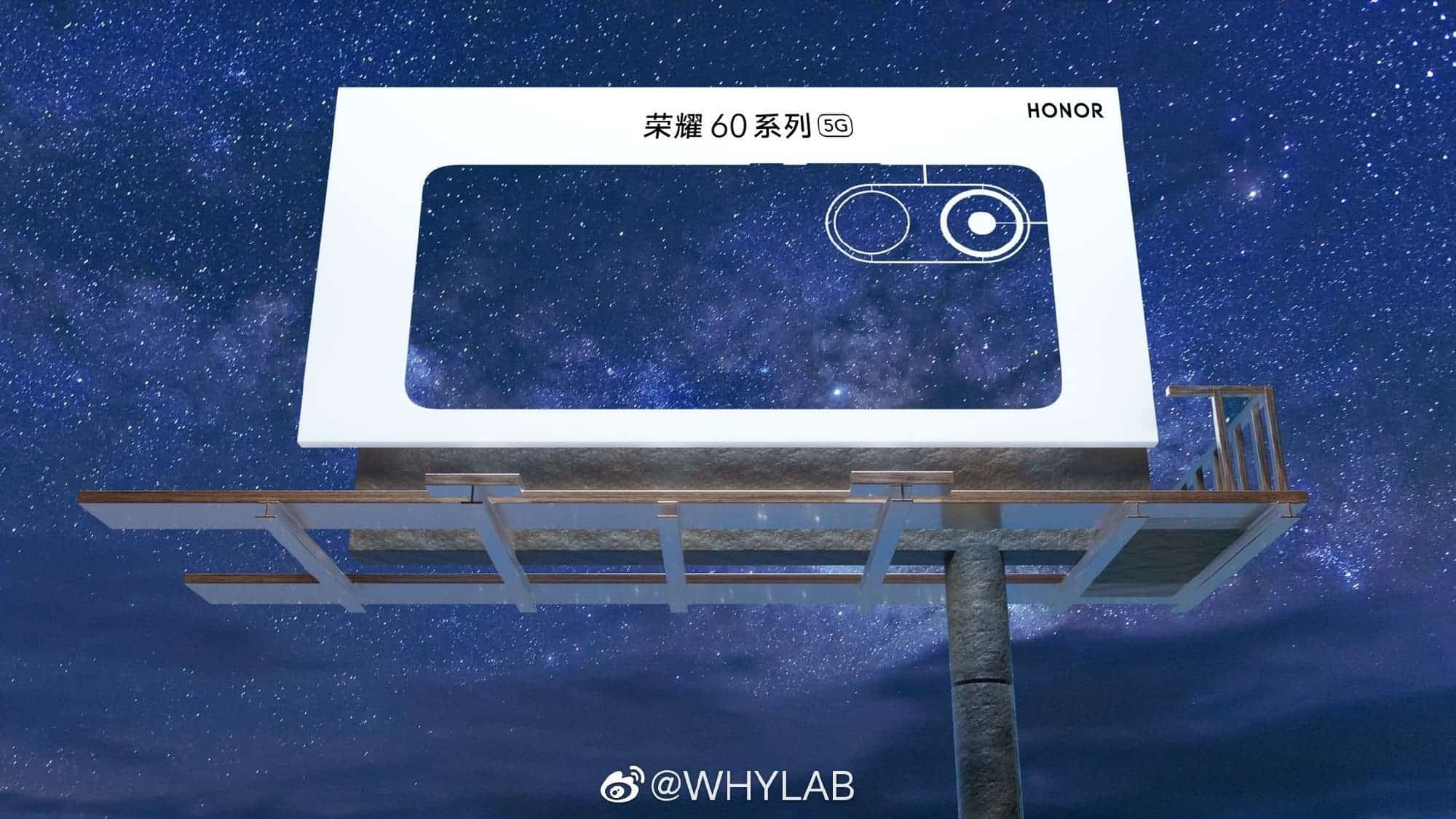 Network sources report that the Honor brand is preparing to release a mid-range smartphone with the designation X30. The official presentation of the smartphone may take place before the end of the current quarter.

The upcoming Honor X30 will be the world’s first smartphone with Qualcomm’s Snapdragon 695 processor. This product combines eight Kryo 660 cores with a clock speed of up to 2.2 GHz, an Adreno 619 graphics accelerator; and a Snapdragon X51 5G cellular modem with a theoretical data transfer rate of up to 2.5 Gbps.

Honor X30 models are credited with having a display with a small hole for a selfie camera, as well as a triple rear camera with a 48MP main unit, a 2MP macro module and a 2MP sensor for collecting scene depth information.