Motorola Edge 30 Ultra smartphone’s new render gives us our second look at the design and reveals a new color variant. It is no secret that Motorola is gearing up for the impending launch of its new phones. These devices will be made available in different regions. Regrettably, the American telecommunications giant is still mum on its upcoming smartphones’ specifications, design, pricing, and availability.

Nevertheless, the rumor mill has been in full swing, churning out all sorts of speculations surrounding one of the upcoming smartphones from Motorola, dubbed the Edge 30 Ultra. On top of that, industry sources have managed to find vital information about the new phones. These pieces of information have been shared online by 91mobiles. To recall, Motorola took the wraps off the Moto G-series smartphones earlier this week. 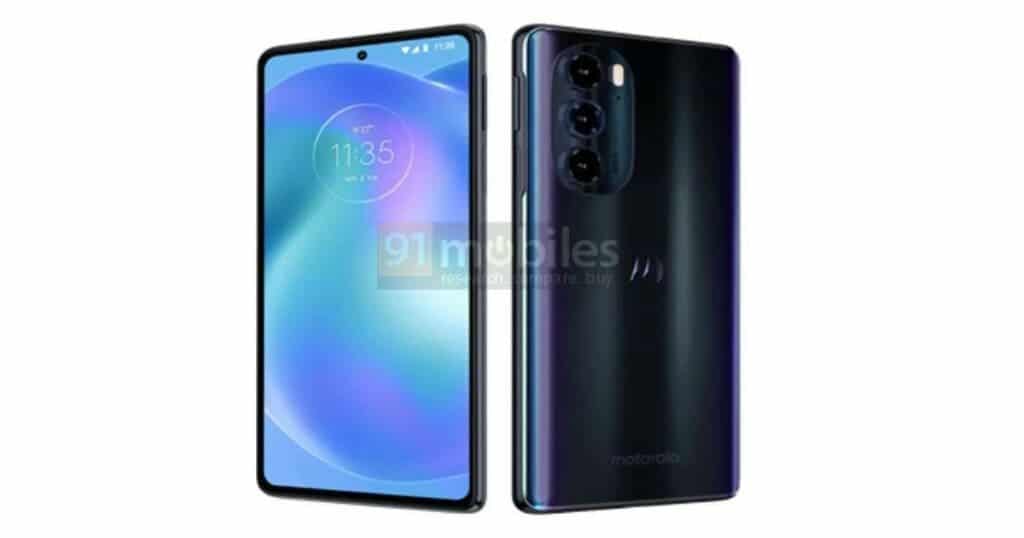 These renders showed the phone’s design in a black color option. Now, 91mobiles has managed to acquire another render that offers a glimpse of the phone’s gradient blue color variant. The new render belongs to Motorola Rogue, which is the Edge 30 Ultra smartphone. Interestingly, the design shown in the new render coincides with earlier leaks and renders. Moreover, it shows off the phone’s outward appearance. This also confirms that the phone will be available in at least two color options.

If earlier reports prove to be true, the Motorola Edge 30 Ultra will come in a metal body glass coating. To recall, the handset was spotted on TENAA by MyFixGuide with key specifications earlier this month. The phone seems to have slim bezels that encompass the display. The front shooter is available inside the centrally aligned hole-punch cutout on the screen. The right side houses the volume and power buttons. The left side has a single button that could be used to summon Google Assistant. The circular rear-mounted camera module reportedly comprises three cameras, along with an LED flash.

The back panel also features a microphone. The phone could come with an in-display fingerprint scanner. The bottom features a speaker grille, microphone, and Type C port. Furthermore, the Moto Edge 30 Ultra is likely to sport a 6.6-inch OLED display with HDR10+ and a refresh rate of 144Hz. For optics, it will reportedly feature a 50MP OmniVision OV50A main camera, a 50MP Samsung JN150 ultrawide sensor, and a 2MP OmniVision OV20B1B depth sensor. Upfront, it will probably have a 60MP selfie camera. Under the hood, it might pack the Qualcomm Snapdragon 898 SoC.