A few days ago, Xiaomi introduced the Redmi Watch 2, a budget smartwatch with an AMOLED display. Besides this smartwatch, there are myriads of other similar products not only in Xiaomi’s products range but also in its subsidiaries’ range. Not recalling the Amazfit line watches, there are the Mi Watch, the Mi Watch Lite, and the Mi Watch Color. Moreover, we do not take into consideration the Mi Band fitness trackers. Anyway, this doesn’t mean the company won’t bring new models to the market. Recently, LetsGoDigital found trademark documentation, which proves the Xiaomi Watch S is on the road.

As the source claims, the new wearable will be marketed under the Xiaomi Watch S. A corresponding trademark was filed by Xiaomi in Peru last week. 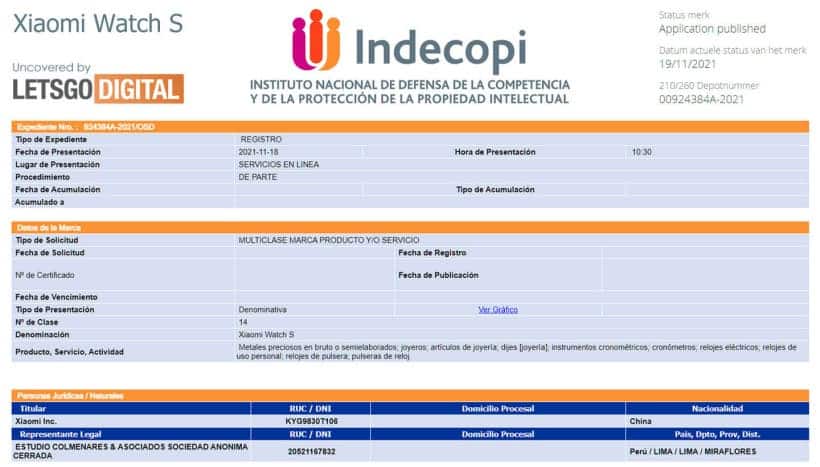 From the name and description, we can determine that it is a smartwatch. It is possibly a cheap model, as a counterpart to the Realme Watch S. The ‘S’ designation could of course also refer to ‘Sport’.

In any case, it is striking that Xiaomi chooses the name as Realme does. But on the other hand, the Realme Watch S contains a lot of similarities with the Mi Watch. Both have almost identical designs coming with a round display.

However, at the moment, details about the functions remain unknown.

As said, the Xiaomi Watch S is going to compete with the Realme Watch S. So it’s quite interesting to recall what highlights it comes with. Probably, the most interesting feature is the FreeRT-based operating system as well as the long battery life of 15 days.

Also, it comes with a 1.3-inch LCD touchscreen, which supports automatic brightness adjustment. Plus, the display has a resolution of 360×360. This product also uses Corning’s third-generation Gorilla Glass and supports IP68 waterproof and dustproof. 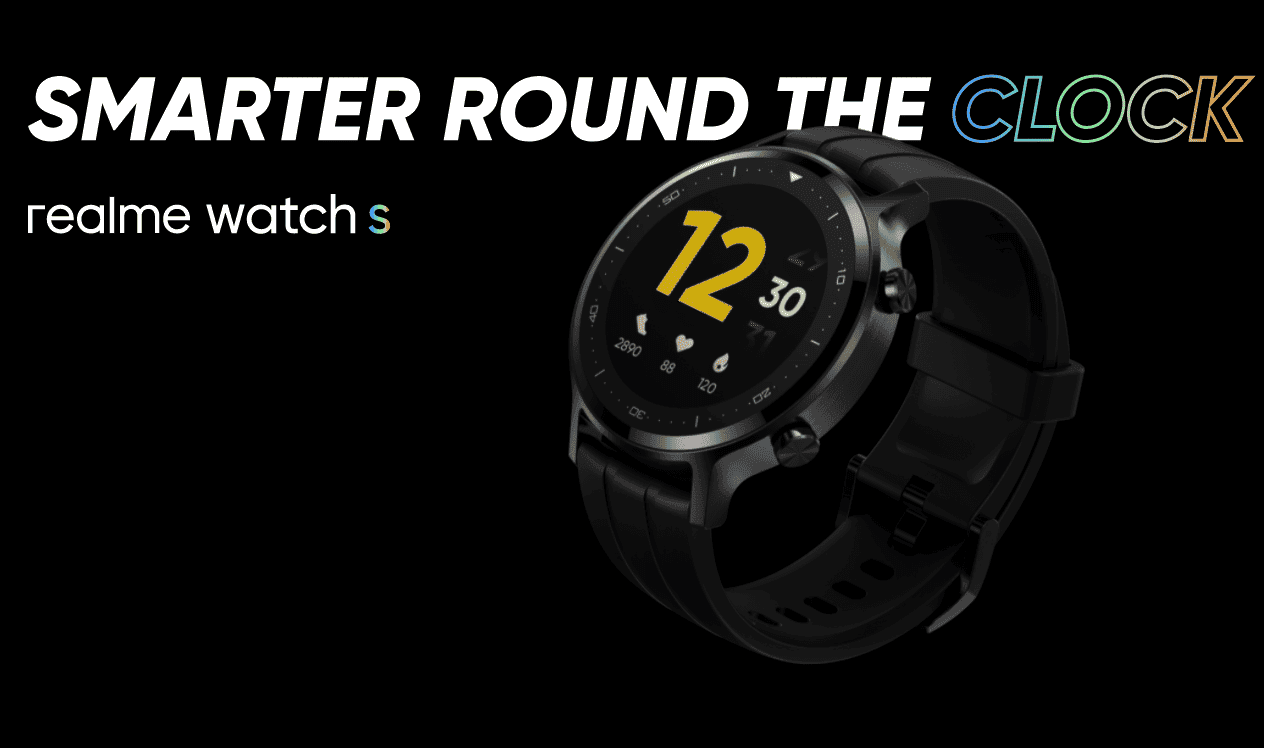 Inside, it sports a 390mAh battery, which can provide up to 15 days of battery life on a single charge. Officially, it can be charged from 0 to 100 within 2 hours.