The feature-laden OnePlus Band fitness tracker has gone up for sale carrying a considerably lowered price tag on Amazon. The Chinese tech giant made its foray into the wearable segment by launching the OnePlus Band in January this year. Aside from that, OnePlus went on to unveil the OnePlus Watch in March. However, the OnePlus Band was the first smart wearable device from the brand, known for making top-notch smartphones.

As expected, the OnePlus Band garnered huge popularity among OnePlus fans. Furthermore, the wearable device got an impressive rating of 7.8 out of 10 in MySmartPrice’s review. The market is currently teeming with all sorts of smart wearable devices that would ideally set you back a pretty penny. Those who aren’t willing to spend a lot of money on a smartwatch, end up compromising on overall performance. However, the fully laden OnePlus Band is currently available for a lowered price via Amazon.

OnePlus Band Gets A Major Discount On Amazon

Earlier this year, OnePlus launched the OnePlus Band for INR 2,499. Much to the delight of budget-conscious buyers, the fitness tracker has now received a significant INR 1,000 discount. As a result, the original asking price of the OnePlus Band has come down to INR 1,4999. With this discount, the band undercuts the Realme Band 2, Mi Band 5, and Mi Band 6. Moreover, the OnePlus Band is the sole Black color option, which is currently up for grabs on Amazon.

It is worth mentioning here that the discount is part of Amazon’s limited-time lightning deal. Moreover, the aforesaid INR 1,000 discount will be valid for a few weeks. You can head straight to Amazon to get your hands on the OnePlus Band before its goes back to its original asking price.

Upfront, the OnePlus Band features a 1.1-inch AMOLED display with 126 x 294 pixels resolution. It offers a brightness level adjustment option that helps to extend the battery life. According to an earlier report, the OnePlus Band’s robust battery can last for two weeks. Moreover, the wearable supports multiple bands faces via a companion application. Aside from that, the screen is touch-enabled and it offers full touch controls. The band carries IP68 and 5ATM ratings for protection against accidental splashes. 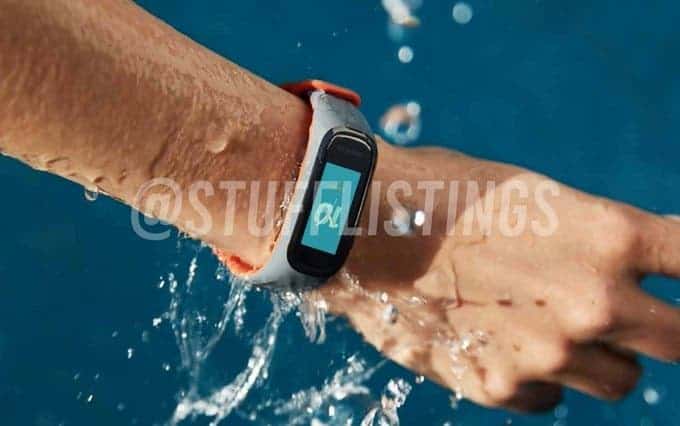 Furthermore, the OnePlus Band offers a myriad of health-related features. For instance, it comes with an optical heart rate sensor, a SpO2 sensor, a gyroscope, and a 3-axis accelerometer. As if that weren’t enough, the wearable offers 13 sports modes such as Free Training, Yoga, Pool Swimming, Cricket, Badminton, Rowing machines, and more. Moreover, it supports notification mirroring from your smartphone. Other notable features include weather forecast, zen mode synchronization, find my phone, among others.