Realme 9i design renders have surfaced online, divulging key details about the phone’s outward appearance before launch. The Chinese smartphone manufacturer has already confirmed that it is gearing up for a Q1 2022 launch of the Realme 9 series smartphones. Moreover, the upcoming lineup will comprise four models. These include the Realme 9i, Realme 9 Pro+, Realme 9 Pro, and the standard Realme 9 variant. 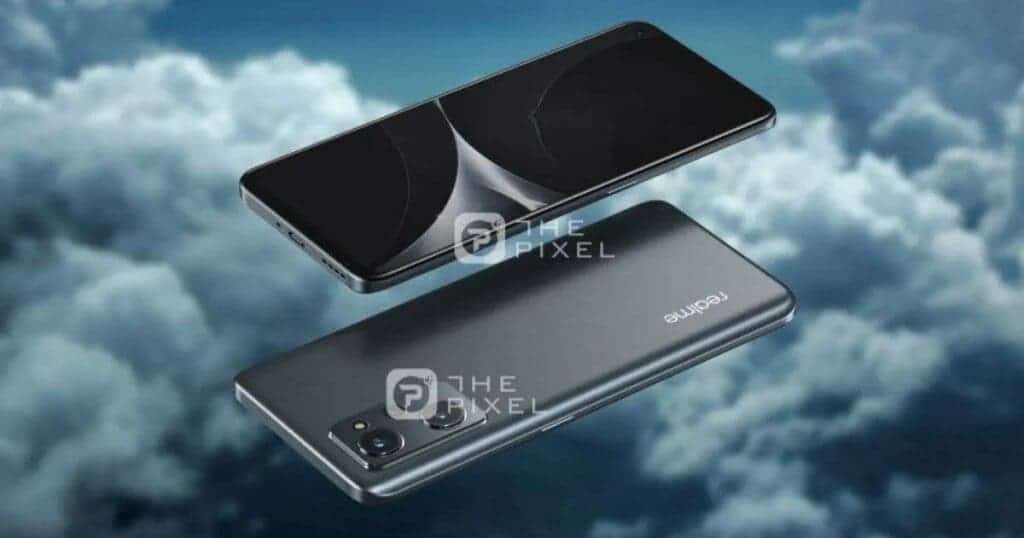 At least two Realme 9 series smartphones are likely to support 5G network connectivity. While Realme fans continue waiting with bated to get their hands on the upcoming 9 series smartphones, some Realme 9i design renders have popped up on the internet. As expected, the recently surfaced images give us a glimpse of the phone’s awe-inspiring design. Aside from that, it sheds more light on the phone’s display and camera specifications.

Vietnamese website The Pixel has shared Realme 9i renders that show the phone’s outward appearance in full glory. Moreover, the design seen in the aforesaid renders seems to draw inspiration from the Realme GT Neo 2. The front panel has a curved display and slim bezels. Aside from that, the display houses a punch-hole cutout for the front shooter, which is on the top-left corner. Furthermore, the microphone/speaker grille is embedded into the top bezel.

The right spine houses the power button, while the left edge features the volume rocker. There’s a rectangularly aligned triple camera set up at the back with an LED flash. Aside from that, the back panel features the Realme logo. The Realme 9i design renders suggest that the phone will be available in green, as well as grey color options.

Last month, a report suggested that the Realme 9i will go official alongside the rest of the Realme 9 series smartphones in January 2022. Realme has hinted at a Q1 2022 launch date, which coincides with an earlier report. While details about the phone’s exact launch date are still scarce, the Realme 9i key specifications have been making the rounds online. For instance, the Realme 9i will reportedly feature a 6.5-inch display that delivers an FHD+ resolution.

Furthermore, the phone could sport an AMOLED panel that offers a 90Hz refresh rate. Also, it is likely to come with an in-display fingerprint sensor. Moreover, the phone will probably pack a MediaTek Helio G90T processor under the hood. It could ship with 8GB of RAM and offer 128GB of onboard storage capacity. Aside from that, the phone will probably run Android 11 OS with Realme UI custom skin on top. A robust 5,000mAh battery could be powering up the entire system, according to a MySmartPrice report.

For optics, the Realme 9i will reportedly house a 64MP main camera, an 8MP secondary camera, and a 2MP third lens. Upfront, the phone is likely to house a 32MP selfie camera. However, these are mere speculations and should be taken with a grain of salt. Realme could divulge more details about the upcoming Realme 9 series smartphones before they go official next month.

Realme 9i Could Launch Globally In January 2022, See Expected Specs