Just a few days ago, news broke out about Samsung’s rollout of a stable One UI 4 update for the Galaxy Z Fold3 and the Galaxy Z Flip 3. After weeks of beta testing, the two foldable handsets were receiving their stable builds, but in a new advancement, it seems that the build wasn’t stable enough. Those who managed to flash the “stable” update are having certain issues with the update. In light of the growing issues, Samsung decided to suspend the update rollout while it takes the necessary steps to iron out the problems.

This is a common behavior, Samsung probably rolled out the update to a limited amount of users at the first moment. The goal of a limited rollout is exactly for detecting if any critical bug has passed through the beta program. Apparently, this was exactly the case and the results were problematic. As per the user reports, there are bricked devices. 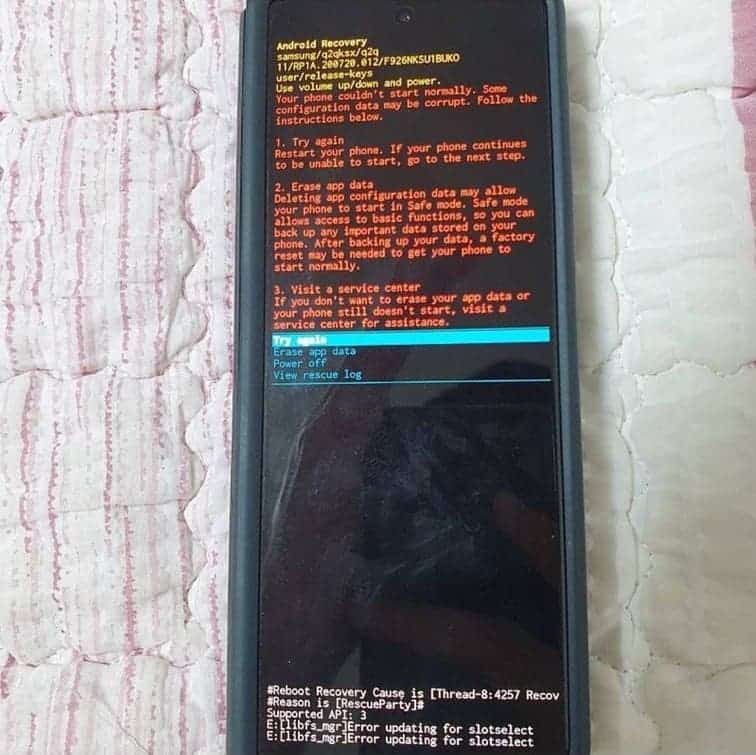 Just imagine flashing an update via OTA on your “super-expensive” foldable smartphone and getting bricked… Well, that is exactly what happened with some users. Besides the bricked devices, there are also app crashes, screen flickering issues, and slow performance. Furthermore, some smartphones even automatically went into recovery mode after installing the update. As a result, we can conclude that someone at Samsung has rushed things slightly.

One UI 4 is bricking some smartphones

With so many bugs and issues, the One UI 4.0 wasn’t ready for foldable smartphones. It was rolled out with severe bugs and issues. Samsung has now a list of issues to fix and a good portion of angry users. The company’s employees are offering online support for affected users aiming to help them to deal with the issues.

Other issues with the update include dark mode issues and Dual Messenger not working. Moreover, some users had images automatically deleted from the gallery. There are phones delivering poor audio quality. Another crazy bug is having the screen stuck at a 60 Hz screen refresh rate. Meanwhile, there are people who shared the camera app has stopped working after flashing the update.

Samsung certainly is being one of the fastest brands when it comes to rolling the Android 12 updates. Of course, we say this when we consider the flagship smartphones. However, the company is clearly rushing things. We assume that this update needed at least one more beta rollout.