Vivo is among those companies that have not yet completed the series of premieres of their devices in 2021. On December 20, the announcement of iQOO Neo 5s, which the company positions as a gaming one, is scheduled. To match this status, the smartphone will receive a Snapdragon 888 chip, and the company also took care of a powerful cooling system. 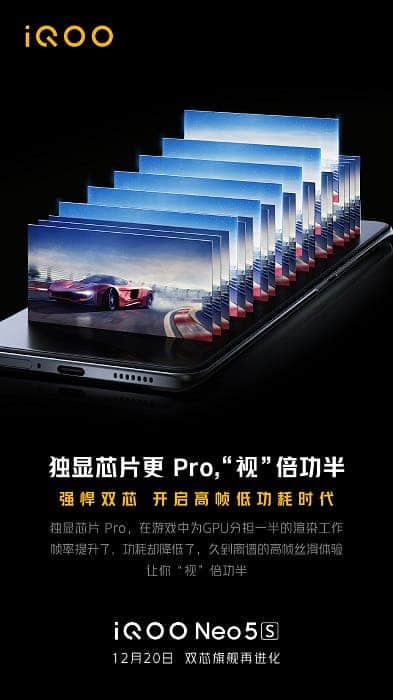 The manufacturer also said that in addition to the central processor, the Vivo Neo 5s will also receive a special dual-core chip for the screen. It will be responsible for rendering images in games and will reduce the load on the CPU. Another feature of the smartphone will be a new version of the proprietary shell – OriginOS Ocean based on the Android 12 operating system. 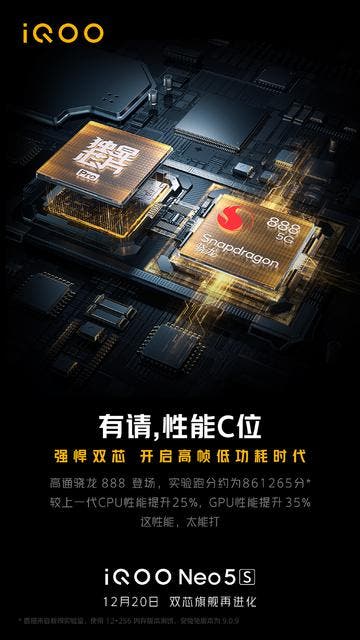 Also, it is known that the Vivo Neo 5s will be awarded an AMOLED display with a refresh rate of 120 Hz, a triple rear camera with a key Sony IMX598 48 megapixel sensor and an optical image stabilization system. In addition, the smartphone is credited with up to 12 GB of LPDDR5 RAM, up to 256 GB of UFS 3.1 storage memory, a 16-megapixel selfie module and 66W fast charging technology. The price tag is expected to be around $ 400. 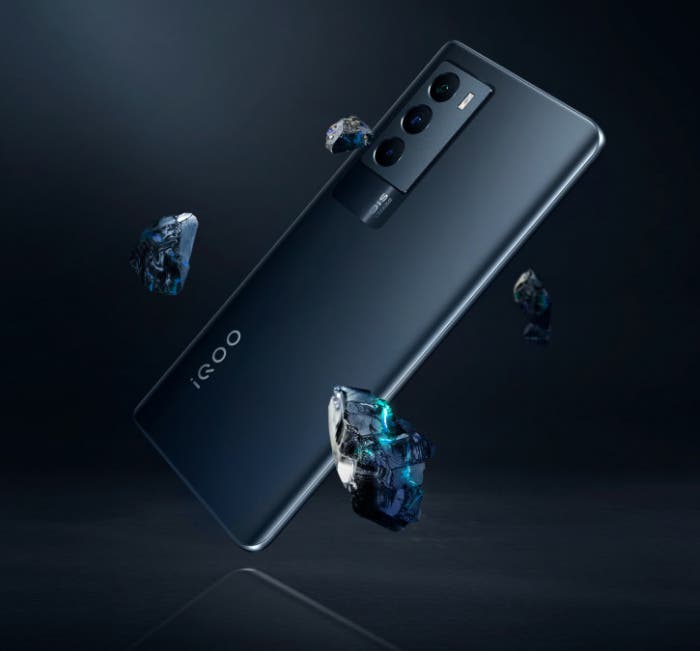 On December 22, the Chinese Vivo will announce the S12 and S12 Pro smartphones. The company has unveiled an official video showing the design and color options of these devices.

The basic version of the Vivo S12 will receive a traditional flat display; the Vivo S12 Pro will have a screen that folds onto the sides of the case. There is a cutout at the top of the panel for a dual front camera. A screen fingerprint scanner is also mentioned.

Also, it is known that the Vivo S12 Pro will be equipped with a Dimensity 1200 processor; working in collaboration with 12 GB of LPDDR4x RAM. The capacity of the UFS 3.1 flash drive will be 256 GB.

In addition, it speaks of the presence of a 6.5-inch OLED Full HD + display with a refresh rate of 90 Hz. The dual selfie camera will combine a 50MP Samsung JN1 sensor and an 8MP Hynix Hi846 unit. The triple rear camera will include a 108-megapixel Samsung HM2 module, an 8-megapixel OmniVision OV8856 component and a 2-megapixel sensor.

Also, the Vivo S12 Pro will be powered by a 4300 mAh rechargeable battery with a 44-watt charge. The new devices will come in gold, black and blue color options. They will ship with the OriginOS Ocean UI operating system based on Android 12.

iQOO Neo 6: colors have been revealed ahead of the launch