Chinese smartphone giant Realme is due to announce the Realme 9 series of smartphones in the country of India, with leaks and rumours in relation to the devices doing the rounds for quite some time.

One such case was of a notable publication leaking the renders and key specifications of the budget Realme 9i handset, which will likely be the base offering of the series, which will also include the vanilla 9 variant and the 9 Pro.

Realme Narzo 9i Colour, Storage Variants Tipped Ahead of Launch

Now, 91mobiles has some new information in relation to the upcoming Narzo series smartphone, with tipster Mukul Sharma or @stufflistings on Twitter sharing the colour and memory variants of the Realme Narzo 9i. The device will likely launch in Q1 of 2022, with it also rumoured to be a rebranded Realme 9i.

According to the information, the Realme Narzo 9i will be available in at least two hues, which will feature the names Prism Blue and Prism Blue.

When it comes to storage, the device will retail in 4GB and 6GB variants with 64GB and 128GB of internal storage, respectively. Whilst it has been not confirmed, the device might come with expandable storage.

Realme will equip its budget offering with a 6.5-inch Display. No surprises in this department as the device will still have a common IPS LCD.

The confirmation comes thanks to a side-mounted fingerprint scanner. Moreover, current rumours state that the device will have a 90 Hz refresh rate and a 1080p resolution. This goes in line with most of the mid-range smartphones in the market.

The leaked renders also show a triple camera array. Apparently, the main camera will be a 50 MP unit, but it’s unclear whether this is a Sony or a Samsung 50 MP camera. The device brings a punch-hole camera with the usual “top-left” alignment. 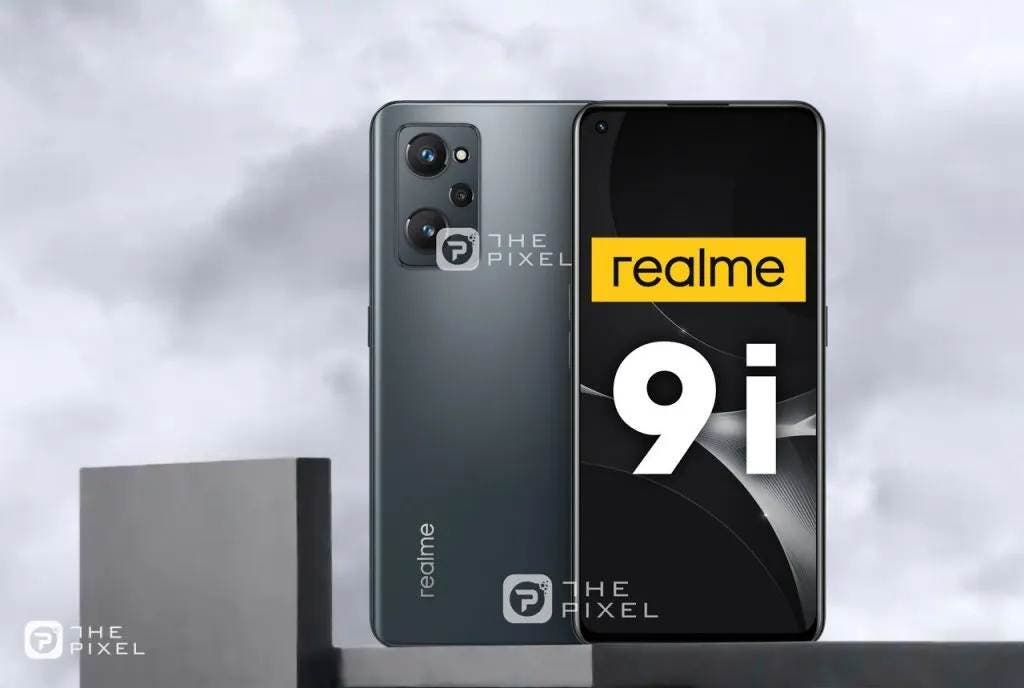 As previously stated, the Realme 9i will lack 5G connectivity. The other devices in the lineup, however, are expected to bring 5G chips. Curiously, the device is said to carry Android 11 instead of Android 12.

That is a major issue for some users that prefer to have the latest available version of the OS. This is rather curious, as the upcoming flagships will probably bring Realme UI 2.0.

Anyway, the renders confirm a 3.5 mm headphone jack on the bottom, alongside the speaker grille and the USB-C port. That port will be used to charge a 5,000 mAh battery, though details on charging speed are yet to be revealed.

The bigger devices are probably coming with 65 W fast-charging, but we don’t know if that will be the case of a cheaper model.