The Xiaomi 12 smartphone’s display specifications have been revealed ahead of the phone’s imminent launch. The Chinese tech giant will be unveiling its new flagship smartphones in its home country later this year. The series will reportedly comprise at least three premium handsets including the Xiaomi 12 Pro, the Xiaomi 12X, and the vanilla model. In the meantime, more details about the upcoming series have popped up on the internet.

Ahead of the launch, Xiaomi has been teasing some vital pieces of information about its upcoming flagship devices. A new report claims that the Xiaomi 12 series will include only two flagship smartphones, contrary to an earlier report that hinted at three models. Noted leaker Abhishek Yadav tweeted a new teaser, shedding light on the upcoming series’ display features. The Xiaomi 12 series phones are slated to go official in India soon. However, exact details about the Xiaomi 12 series India launch are still scarce.

If recently surfaced details are anything to go by, the Xiaomi 12 series will offer top-notch display specifications. The latest teaser from Xiaomi highlights four key features of the phone. As expected, Xiaomi’s upcoming flagship series will sport an AMOLED display. Aside from that, the Chinese tech behemoth confirmed that the phone will have a Corning Gorilla Glass Victus layer. This is the toughest Gorilla Glass yet for phone displays. Moreover, the screen will deliver 1600 nits of peak brightness. 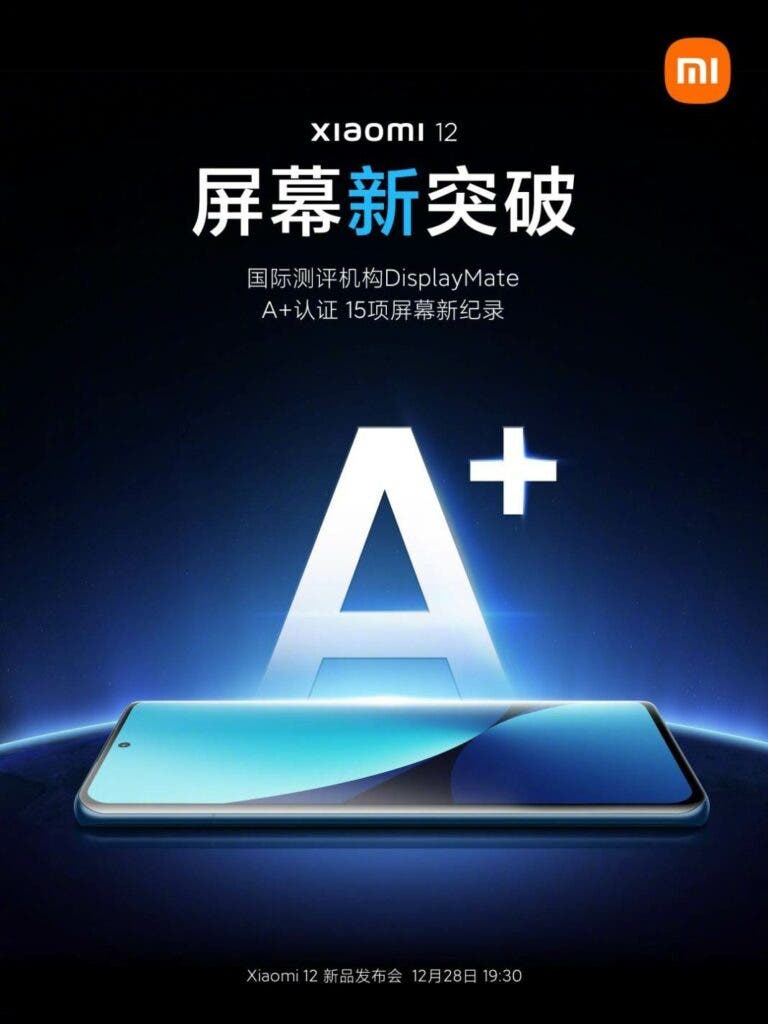 To recall, the Mi 11 Ultra offers a peak brightness of 1700 nits. Also, the phone gained an impressive rating of A+ on DisplayMate. Furthermore, the teaser suggests that the phone will come with a hole-punch display. The top center of the display will house a cutout to accommodate the front shooter. Aside from that, the Xiaomi 12 will reportedly sport a 6.2-inch display. However, the Xiaomi 12 Pro model will come with a slightly larger 6.67-inch screen.

The curved screen delivers a superior viewing experience. Regrettably, Xiaomi is still mum on the other key specs and features. However, there is a possibility that the device could pack a Snapdragon 8 Gen 1 SoC under the hood. The vanilla variant is likely to offer support for 67W/ 100W fast charging. The Xiaomi 12 Pro, on the other hand, could support 120W fast charging. In the photography department, both models are likely to house a 50MP triple camera setup at the back. Xiaomi 12 series will launch in China on December 28. More details are likely to surface at the launch event.