Vivo started its Vivo V23 series with the Vivo V23e earlier this year. Now, the company is gearing to expand this lineup with a new smartphone contender, namely the vanilla Vivo V23 and the Vivo V23 Pro. As usual, these devices will come with a big focus on style, camera, and design. These past few days were marked with leaks suggesting some of these devices’ specifications. Now, we finally have an official launch date for the smartphone. It will debut on January 5, and the confirmation comes from Vivo itself. As expected, the devices will reach the Indian market which has always been a key market for the V-series.

Vivo will unveil the Vivo V23 and V23 Pro at the event. Both smartphones will have superb selfie quality and stylish color-changing back glass. They come as India’s first smartphones to arrive with this feature. According to reports, Vivo says that the glass’s color will change when exposed to sunlight or other sources of artificial UV rays. Worth noting that only the Sunshine Gold models of the Vivo V23 and V23 Pro will have this feature. The gray/black color model we saw yesterday in the promo video won’t. 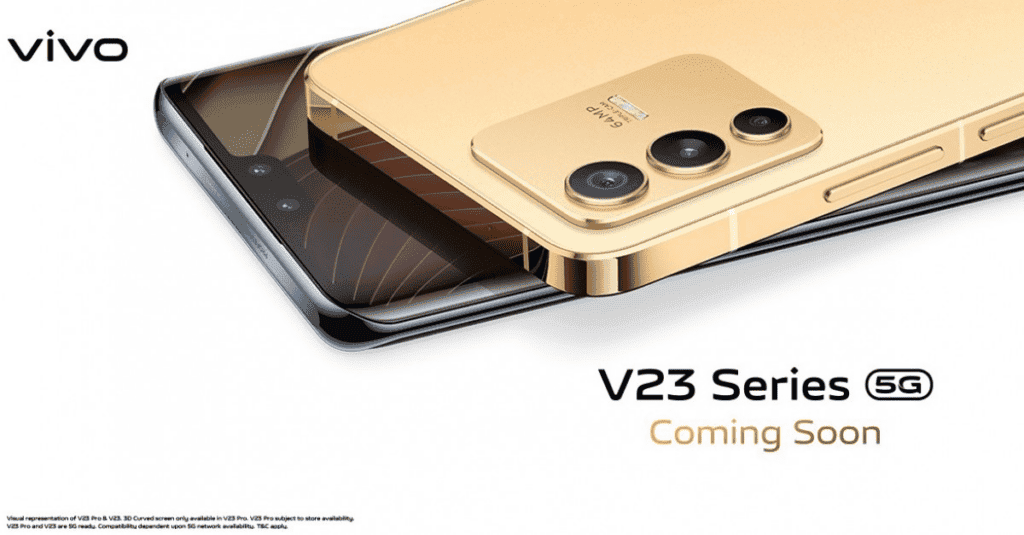 Vivo hasn’t detailed the Vivo V23 and V23 Pro specifications yet. However, the teasers already confirm they will come with a 64 MP triple camera setup. The Pro variant will go even beyond with an impressive 108 MP camera system. The latter will also pack a curved screen, something that the vanilla model lacks. With these specifications, we can say that the V-series is smartphones are based on the Vivo S12 series. The S12 and S12 Pro were unveiled earlier this week in China, and they also have this gold finish and camera specifications as well as the wide notch for the dual-selfie camera setup.

There is still an entire week to go ahead of the January 5 event. We expect more details about these smartphones to be revealed soon. The V23 Pro will pack the MediaTek Dimensity 1200 SoC and we expect up to 12 GB of RAM with 256 GB of Internal Storage. This device will also get a 50 MP selfie camera accompanied by an 8 MP ultrawide snapper. The vanilla should keep a 44 MP selfie camera alongside the same ultrawide module.

Next Lenovo Legion Y90 Gaming Phone To Have Outstanding Screen