The upcoming Realme GT 2 smartphone’s moniker, as well as model number, has surfaced online via the phone’s listing on NBTC. The Chinese smartphone manufacturer is set to launch its much-awaited Realme GT 2 series in the company’s home country on January 4. Ahead of the launch, the company has teased the arrival of the Realme GT 2 Pro variant. As the name suggests, it will be the top-of-the-line flagship phone.

Moreover, the upcoming handset will reportedly boast an impressive array of features and top-notch specs. For instance, earlier reports suggest that the phone will adopt a paper-like design. Aside from that, the Realme GT 2 Pro could come with 360 degrees NFC, and a 150-degree ultra-wide-angle camera. The GT series could include another mysterious handset that has been floating around various certification sites lately. Now, the Realme GT 2 has been spotted on the NBTC (National Broadcasting and Telecommunications Council Committee) listing with new shreds of information.

A Realme smartphone carrying model number RMX3311 has made its appearance on the NBTC certification website. Moreover, the listing confirms that the device will launch as the Realme GT 2. In addition to confirming the phone’s moniker, the certification does not divulge other key details.

However, a Realme series phone that was reportedly the Realme GT 2, has already passed through TENAA and Geekbench. As expected, these listings have shed more light on what the handset could offer in terms of features and specifications.

It is worth mentioning here that the model number of the previously surfaced Realme GT series phone is slightly different from the model number linked to the Realme GT 2. To recall, the previously spotted handset carried model number RMX3310. However, the newly surfaced phone has an RMX3311 model number attached to it. Aside from that, the Realme GT 2 moniker was also spotted on the company’s India website earlier this month. According to past leaks, the Realme RMX3310 could sport a 6.62-inch AMOLED display with a Full HD+ (2400×1080 pixels) resolution. The Realme RMX3310 has recently been spotted on Geekbench by Nashville Chatter. 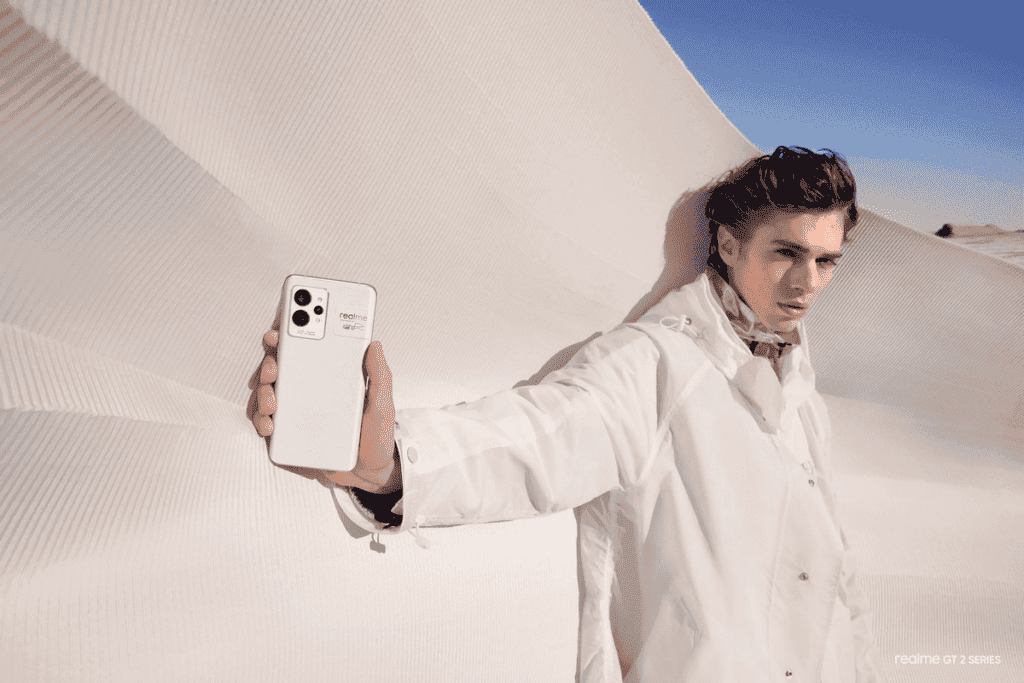 Under the hood, the phone will reportedly pack a Qualcomm Snapdragon 888 5G chipset. Moreover, the Realme GT series phone could offer superior graphics as it is likely to come with an Adreno 660 GPU. The phone will probably offer up to 12GB of RAM and run the latest Android 12 operating system. In the photography department, the upcoming handset will reportedly house a 50MP primary camera. Upfront, it could feature a 16MP shooter for selfies and video calling. Aside from that, the phone is likely to come with an in-display fingerprint scanner. A robust 5,000mAh battery that supports 65W fast charging could power up the entire system.